Reasons to Be Cheerful 31

Progress is assumed to be a good thing – and sometimes we progress in the right direction.

None may break ranks, though nations trek from progress. (Wilfred Owen)

In the UK, several jobs had marriage bars until the 1970s, and the British Geological Survey required women to resign on marriage until 1975. The marriage bar was abolished in 1946 for the Home Civil Service and in 1973 for the Foreign Service: until then women were required to resign when they married. There was a marriage bar for teachers – this was removed for all teachers (and BBC staff) in 1944, and the practice was made illegal by the Sex Discrimination Act 1975. (Wikipedia)

In the 4th century Gregory of Nyssa wrote a denunciation of slavery in his fourth homily on Ecclesiastes. (Liam Hogan @Limerick1914)

1171 The Council of Armagh frees all Englishmen and women who are enslaved in Ireland.

1867 John Stuart Mill proposes that women be granted the same rights as men.

1910 Oaths Act abolishes the practice of kissing the book on taking an oath.

1949 Beverley Bolin is the first woman to become a registered architect in South Australia.

1954 Diane Leather is the first woman to run a mile in under 5 minutes, with a time of 4 min 59.6 secs, during the Midlands Women’s AAA Championships at Birmingham’s Alexander Sports Ground, 23 days after Roger Bannister ran the first sub 4-minute mile.

1958 Maria de Filippis is the first woman to enter Formula One.

2013 France repeals the law forbidding women to dress as men in public without a permit.

2017 Law firm Freshfields Bruckhaus Deringer decides that their tradition of addressing all correspondents as “Dear Sir” is outmoded, and switches to “Dear Sir/Madam”.

2019 Fracking is suspended in the UK after exploratory drilling causes earthquakes.

2020 France's Assemblée Nationale makes glottophobie an offence along with racism, sexism and other forms of bigotry. (They mean "discrimination against people with regional accents".)

February: The Education Secretary announces that schools will be told to not to teach speculation as fact but to give a balanced view (on gender and "critical race theory").

There has been a 73% drop in teenage pregnancies in Ireland since 2000, thanks to "increased educational attainment, high levels of contraception use".

February, March Sweden and then France advise caution on hormone treatments for children with gender dysphoria.

March US House passes an Act prohibiting discrimination based on hair textures or styles. (Cue outcry of "Haven’t they got anything better to do, this isn’t an issue" etc.)

In France, average alcohol consumption has declined by 75% since the 1960s. (The graph is headed "La spectaculaire déclin de la consommation d’alcool".)

Employers are to be reminded they may legally restrict some job vacancies to women only, following an intervention from the Equalities and Human Rights Commission. (Times)

April The Divorce, Dissolution and Separation Act... means couples no longer have to separate for two years and can get a “no fault” divorce. You can apply individually or jointly, and wrap up everything within about six months. (Times)

May The Department for Education is seeking new powers that would allow it to take action against illegal schools. Ofsted will be given new powers to seize materials during inspections.

May Bristol Libraries has cancelled 'Drag Queen Story Hour' after concerns were raised about its appropriateness for children.

May This week, the Government is expected to announce that it is rewriting guidance on drafting legislation to make clear that gender-neutral language should not replace terms such as "woman" and "mother".’ (Telegraph)

I’m extremely proud and honoured to announce that I have been invited to become the first woman in history to hold the position of Juror for the Court Leet of the King’s Manor in Southwark. (Mudlarker Lara Maiklem)

Non-fatal strangulation is now a crime in the UK.

June The NHS has been ordered to use the term ‘woman/en’ when it is called for and to cease forthwith from removing this word from the language used by the health service. (@mc_moira)

June The US Senate has passes new gun safety legislation.

1753 New legislation allowed Jews to become British citizens. After public outrage, the law was hastily repealed the next year.

Early 1960s Katharine Whitehorn recalled that a leaving party for a loved male colleague was held in a gentlemen’s club and she, the only woman on the team, couldn’t attend.

2022 The government has dropped attempts to ban imports of fur, foie gras and hunting trophies. 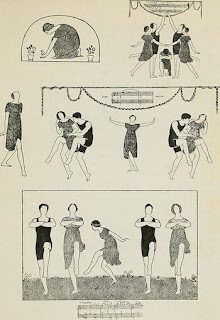 Q When writing fiction, how do you move your characters around?
A In the fewest possible words.

Mabel had risen to her feet, she was walking across the room to join the others grouped around the fireplace.

(Substitute "Mabel joined the others etc", unless there's something significant about the way she walked. Or she could "cross the room" instead of "walking across the room". Or even "Blah blah," said Mabel, who had quietly joined the group round the fireplace. Or did she muscle in? Or hang around the fringes?)

There’s no need to plot your characters’ every footstep. It too easily becomes: “He rose from his chair, turned and walked over to the door, put his hand on the doorknob, twisted it, opened the door and went out, closing it behind him.” Substitute “He went out” unless you want to say something like: I left the room with silent dignity, but caught my foot in the mat. (Diary of a Nobody, George and Weedon Grossmith. More about the diary here.)

It has been used by many good writers, but it's best to avoid this cliché: He opened his mouth to speak – but thought better of it.

This formula can become repetitious: "Blah blah blah," he said adverbly, while performing a physical action.

Characters may be moving while speaking, but there's no need to explain it every time, like this: Rising out of his chair, he said: "Blah blah blah."

Foreigners don't need to “gesture” constantly – they can wave and point like everybody else. Don't make them perform complicated dumb shows instead of speaking. Italians wave their hands to accompany their words. Yes, they have a repertoire of stereotyped gestures like the chef's kiss or rude forms of "get lost", but they don't use them all the time.

Avoid trying to describe arm movements exactly – the result will probably be baffling rather than expressive. Save it for characters with affected mannerisms. "She flapped her hand in exasperation", or "He flung up his hands in despair" will do.

Do people in real life really do the following?

She tilted her head interrogatively. His face twisted.
He wagged a finger. She spoke through gritted teeth.
He shook a fist. She shook her head in disbelief.
He gestured for her to continue.
She shrugged. He scratched his head in puzzlement.
She pursed her lips. He drew himself up to his full height.
She darted him a quizzical look. He raised a skeptical eyebrow.
She wrung her hands. He smacked his lips.
She patted his cheek. He cocked his head.
She put her finger to her lips. He put the tips of his fingers together.
He bit his lip. She turned on her heel. He mopped his brow.

Perhaps humans do act like this in real life, but the above stage directions make me think of actors in soap opera:

She stared at him wide-eyed and open-mouthed, shaking her head speechlessly.
She sashayed towards him, smiling with half-closed eyes and wagging her head.
"You love it, don't you?" she said, jerking her chin.
He gazed at her unblinkingly until the director said "Cut!".

Or the novels of Georgette Heyer and her imitators:

The handsome young face clouded over. My lord shook his head.
Warburton ignored the bantering tone and spoke very deliberately.
Carstares shot an alert, suspicious glance at him.
My lord studied his emerald with half-closed eyelids.
Carstares, leaning against a tree, surveyed the youthful rake amusedly.

With clenched teeth he recalled the days when he, the son of an Earl, had taught fencing in Paris for a living... Suddenly he laughed harshly.

More here, and links to the rest.
A Short Guide to Writing Well