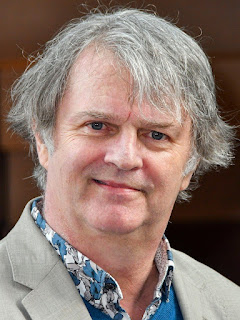 Have I Got News for You makes Twitter look ridiculous by showcasing some absurd tweets out of context. Ian Hislop and Paul Merton are both tech hold-outs. Many still assume that controversies played out on Twitter can be ignored because Twitter isn't the real world. Are we back to "Facebook friends aren't real friends because they're just noughts and ones"? (May 2022)

I'm still telling people how to create a thread by replying to their own tweets, and how to quit the annoying "Home" view: go to top, click on the star, select Latest Tweets.

Quote tweet the first message in a thread with the word "thread" – don’t retweet each message of the thread. If you do that we’ll have to read the thread backwards, like in the early days.

After 24 hours of nonsense and abuse on this platform [Twitter] I realised I could change my settings (again) and limit the comments. (@RuthSmeeth Perhaps the HoC could write a short guide for MPs?)

In Allison Bailey’s Tribunal (she's suing Stonewall and her employers), a huge “bundle” of documents is provided online. The pagination is out of sync and the info is hard to navigate. @tribunaltweets points out that online pages can be bookmarked in your browser. (2 May 2022)

Bailey alleges that Stonewall was in breach of the Equality Act 2010. She is claiming victimisation discrimination on the grounds of sex and/or sexual orientation against Garden Court, and that Stonewall instructed, caused or induced that unlawful conduct. (Wikipedia)

Dame Penelope Keith, 82, has been ousted as president of the Actors’ Benevolent Fund. “The dreaded Zoom was a great problem. I loathed it. With Zoom meetings, the people who talk and talk and talk will talk and talk and talk. The people you really want to hear won’t have their say. You can’t catch their eye and raise a finger and say what do you think. That was the time the divisions started in the council. It just got worse and worse. I put a lot of this down to Zoom.”

Yes, but I didn’t inhale: "I give lectures on Zoom but I don’t record them."

A colleague was once called out for a broken screen. It had gone dark and moving the mouse brought it back to life. (@GilERS24)

I had a long conversation on Twitter with someone who started off with “In the old days if your computer died you lost all your work”. Me: There were external hard disks, or you could back up on floppy disks. Her: You didn’t get much on a floppy and it was too much of a faff. Me: You had a box full of floppy disks with all your backups, and backing up took a few minutes. Now she’s saying “I guess that you don’t have ADHD.” Classic “Why don’t you... Yes, but...”

It's 2021 and some people still don't realise that software is customisable.

Removing work email was a game changer. I also removed all notifications from my phone, period. The only time I am alerted to a text, personal email, social media alert or anything is if I actually go into the app. It’s done wonders for my mental health. (@drtiffanyc1 You can turn off most beeps, and you don't have to have email or Facebook on your phone. I don't have email on my phone because I can't work out how to install it... And even if I install it, it won't bring my calendar with it, because reasons.)

We're on a worldwide computer network that allows us to reach most of the world at will and delivers to us close to all the knowledge and information and writing and imagery ever made, all for free, so naturally the main thing that occurs to people is to complain about it. (Gary Farber)

I suggested to a doctor friend that she could search her hard disk for lost files. She replied: “Yes, there’s a search facility in Windows 11 but why would I need to?” Thank heavens for Macs and Spotlight. No wonder people keep ALL their working files on their desktop.

People say “I don’t do X because I don't know how” as if it was impossible to find out. Never “I don’t know how to do that – would you tell me?”

Nadine Dorries thinks the internet is about ten years old. It’s more like 40 years old. (Users tend to think technology sprang into being the year they discovered it.)

It’s 2022 and political debate is being carried on through stickers. They’re anonymous, they can’t be censored – though Gwent Police tried.

When digital TV came in people watched with the wrong aspect ratio so that everybody on the screen looked short and fat. When colour TV came in football pitches were emerald and everybody’s face bright pink. If you kindly tried to adjust the picture you’d get the usual shriek: Don’t touch it! Don’t touch it! It’s fine as it is! You’ll only make it worse! I like it like that!

About 15 years after smartphones arrived, people are still saying self-righteously: “I only use my phone for making phone calls.”

Who remembers “Everyone reading Kindles on the tube is reading p*rn!” Twenty years ago?

Thirty years ago, people worried about the internet and email bringing “information overload”. Didn’t they want people to know stuff?

Now that most people have tried a bit of layout, created a website, put out a parish mag, they are no longer so baffled about how a magazine is assembled. They used to think “freelances” wrote stuff which then magically appeared on a page, next to an appropriate picture, on a newsstand. But 30, 40 years ago people were very incurious about what their friends did at work – they were even incurious about what their colleagues got up to. It was even possible to work at a magazine and not know or care how it was put together. A colleague still thought the publication would be printed by hot metal in a basement when we were producing camera-ready artwork on a daisy-wheel printer. It didn’t help that the printers were fiercely protective of their craft and didn’t like visitors. They took huge advantage, went on strike and – as anyone could have predicted – were replaced by computers, practically overnight. Oh, and there were no female printers.

In Facebook, open Notifications. Click on Unread. Click on three grey dots, and mark all as read. And it took me years to work out what that bell icon was for.

Second-guessing, third-guessing: if we do this, this will happen, and then that will happen and that will be bad because... Includes accusing others of holding terrible opinions an ocean away from their original statement. (You mean you want elephants to trek across the Sahara and then be eaten by crocodiles?)
Socialism is evil because Stalin.
Nietzsche caused Trump. (Or was it “postmodernism”?)
Is anti-vaccinism Jean-François Lyotard’s fault? (He was a postmodernist.)

Edward Heath is innocent because witch hunt.
A shark gave birth parthogenetically therefore men should be allowed to self-ID as women.
We're afraid of terrorists, so let's – whinge about women's clothes!

The nuclear family/permissive society caused all the evils in the world today. (Not heard so much these days.)

Why do you object to people saying "Can I get a latte?" America's political and cultural hegemony concerns me. (@writetjw)

And if you criticise our anti-Semitic misognyist terrorist-fetishising bullying cult, you clearly hate starving children. (@MatzoBalling. Also anyone who objects to racism “hates their own country”.)

You are criticising this headmaster who won’t let children leave the room to throw up because: You think children ought to be told they are miserable. You want to demonise teachers.

Let’s pedestrianise Oxford Street because it’ll encourage people to use cars less and then they’ll walk instead and lose weight and not be obese and be a drain on the NHS which is paid for by my taxes.

The accusers of Lord Janner are attention-seeking fantasists because the Salem witch trials and Sir Thomas More. (And it’s OK for me to prejudge the accusers because people have prejudged Lord Janner.)

And “I doubt Janner’s alleged victims’ memory because I hate to see the usual lynch mob on the march.”

You can always branch to a different, unrelated problem: Philosopher Mary Warnock says "Let’s worry about the quality of life of those who are allowed to live, instead of worrying about abortion".

I left the protest because I saw a banner about “toxic masculinity”. It’s divisive. Much of the left seems out of touch with the working class and things like this are only going to widen that divide. (JP, paraphrase)

Without care, sabotaging Brexit will only lead to a surge in support for the nasty right. And if you add to that the possibility of Rees Mogg becoming Prime Minister you end up with something quite scary. (JP)

Blaming substances and inanimate objects for human failings is what created the police state we are all now suffering under. (@Maggie_McNeill)

Those being vicious about people in North London drinking champagne feel threatened by groups caring for other groups. They want everyone to vote for themselves or their group, because otherwise groups might band together and defeat them. They don’t want people acting out of compassion – they call this “tribalism”. For the same reason they hate anyone to mourn for “someone they don’t know”.

We must give girls confidence by selling them fewer pink toys and princess dolls and then they’ll grow up to be scientists. (Many weird reactions to problems are due to those in charge thinking the solution to everything is “raise self-esteem”. You have a troublesome employee who slacks off and turns up late and takes advantage? Give him more responsibility! It'll raise his self-esteem!)

We want people to treat the environment better, so let's make them look at the stars so that they’ll feel a bit less important. (It’s like building a Heath Robinson machine to butter a slice of toast.)