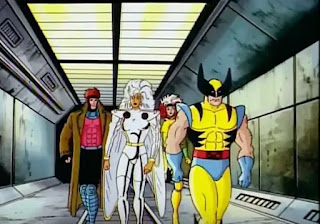 Patches put on Puritanism. (@alexadraerin on the wellness craze)

The cub reporter with the twisted taste in legwear. (imdb on Tintin and his plus-fours)

That isn’t news, it’s olds. (RK)
We were sold a shoal of red herrings. (Writer-in to the BBC re Brexit)

Cubs – a little den of faded Empire. (@typejunky)
The US – a nation sutured together after the Civil War. (JSTOR Daily)

"Balanced diet" makes me reach for my scimitar. (@Arslanianexile)

Bromley. Where all hope of escape shrivels. (@freetheworkhub1)
Dalston, urgh!  It was ghastly 30 years ago, now it's ghastly with a slightly newer font. (@benpunter)

I struggled to peel myself out of bed this morning. (RP)
A friend from Chicago talked about how they expected their politicians to be corrupt, but did insist they be amusing. His example was a state representative ripped up one side and down the other by a local newspaper, who accused him of bribery, racketeering and general high crimes, misdemeanours, and mopery and dopery on the spaceways. (Via Facebook)

Golf is a game where the object is to keep poor people off a giant lawn. (@juliangough, paraphrase)

When you’re too rich and comfortable to care about the consequences, politics is merely a game of winners and losers, not battles over resources with evergreen ramifications. (@JawadPullin)

To answer that unglibly I’d need to think about what “wonder” actually is. (Peter Lemer)

There are moments when David Cameron’s book appears to have been written by a “Keep Calm and Carry On” tea towel. (@Anthony160213)

Listening to the rattling clomp of feet in a Swan Lake chorus can be quite disconcerting. (SP)

I never know when "Western" means US and when it means UK. It's always one of those two except when sometimes in a weird geographic quirk it means Australia. (@grodaeu)

I think we need to be careful of drive-by eco fundamentalism. (@herdyshepherd1)

Derek was so relaxed he was practically lying down. (Martin Roberts, Homes under the Hammer)

On the right it’s violent. On the left it’s institutional. Let’s not have a food fight about which is worse. (Deborah Lipstadt, probably talking about racism)

The Windsors lived in a “tinselled wilderness” in France, says the Daily Mail.

My own faith is a very feeble tinsel object. I sometimes think there might be some kind of celestial radio signal but it is about as intelligible as Radio Tirana. (Boris Johnson)

London is like a science fiction version of its younger self. (Photographer on FB)

I want to avoid sanding away all the nuance surrounding Mulan and whose story it is to tell etc etc, but the truth I'm feeling right now is that Asian diaspora in the west still have so few stories about ourselves here that every single one matters. (@SDCC)

I tell about the time I was getting groceries and I heard from the pickle and olive section a woman's nasal voice saying, “Well, I know Betty MacDonald real well and it is too true that she is divorcing George, her present husband and marrying her publisher.” Another voice said, “And her marriage to that MacDonald was her fourth and I heard the other day...” The voices faded out into the soap powders. (Betty MacDonald. She stayed with her second husband, Don.)

French high style does not travel well into English and would lend a tone of camp hysteria to a treatise on stamp collecting. (Times 2019)

From that minestrone of observations, Laura, I pick out one crouton. (Boris Johnson)

The determinedly French-speaking staff look at you like you’ve just asked for a pair of knee-high boots in a size nine and a beginner’s guide to writing a will. “Caffay! Duh caffay!” (Times)

Today I learnt that widdershins means going counter-clockwise. Fairly sure it can only be used when referring to some sort of Rumplestiltskin character prancing in a nefarious manner to invoke dark magic. (@NonFictioness)

Whole Language with a tiny little resentful nod to phonics.
This is some grade-A, 100% pure Colombian placebo effect. (@AmyDentata)

From Facebook, re house-flipping and painting over 70s interiors:I’m ready for the grey style to be over with.
Agreed! The Taupening is dreary!
Britain First – one rung further up the evolutionary ladder than a tin of salmon. (Via Twitter)

Digby Jones, who is no spring chicken, thinks there might be some benefit to Brexit in a hundred years or so, when everyone is dead and gone. I mean there is grasping at straws and then there's babbling ludicrousness. (@WillBlackWriter)

Looking forward to getting the last train back to Sheffield from Manchester Airport, which stops everywhere, including several places that are clearly fictional. (@mrdavidwhitley)

I took that as pretty much the defining wall-handwriting moment. (slate.com)

I would rather walk round Slough with a nail in my shoe than read a Harry Potter book. (@David18054465)

How can politicians today stand up and keep saying disproven things which are complete mince? (MJ)

Imagine the alabaster outrage (if white people were deported from Mexico and their children seized, imprisoned and adopted). @Freeyourmindkid

If we don't get the science now I'm turning this goddamn car right around and we're going home. (@mccormick_ted)

Liberal humanist propaganda (with a side order of strangulation by obscene vegetable matter). (Nick Fuller on Dr Who)

Plaintive bridge abutments still waiting for their connection to arrive... you can still make out chunks of unconsummated pedway at first-floor level that have remained glazed-in ever since. (Peter Rees in the Guardian on fragments of the Highwalk)

You try to have a debate, but all you get back is desperate blather. (@IanDunt)

Young Conservatives never change. Do they produce them in a factory? (@DavidHeadViews.
Another commenter asks “Do the Tories have their very own Village of the Damned?”)

My kids’ new school “has a thing for pharaonic building projects”. (Slate.com)

"Tempting" and "aspic" do not belong in the same sentence. Or even the same chapter. (Tani Spielberg)

The bare minimum of icy neutrality. (Danny Lavery of slate.com recommends a strategy.)

There always seems to be one grande fromage who judges all like the Great Oz from behind the curtain. (@_stroak on Fake or Fortune)

The marketplace of ideas includes the rejected seconds and damaged/clearance bin of ideas. (@lwinling, paraphrase)

I will oppose this deliberate and callous wreckage of my country, its people and its reputation with every last erythrocyte of my blood. (@mikegalsworthy)

This is such a stinking review that I'm sure it will tempt anyone who sees it to read this novel to see what I'm warbling on about. (Goodreads on It Ends with Revelation by Dodie Smith)