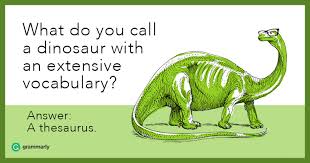 If you want to sound professional, never, ever, ever use the words "excuse the pun" or "pun not intended" or even "pun intended". If you make a pun, leave it. Or find different words. Very often these "puns" are not puns at all but too-appropriate metaphors. You can avoid these by cutting out as many metaphors as possible.

Other phrases to avoid:
aforesaid
the aptly named (Readers can work it out.)
the former/the latter (The final element in a long list is "the last".)
that of
Her face was a picture!
We all fell about!
respectively (It’s hardly ever necessary.)

not only but also (A lot depends on where you put them. “Not only verb” needs “but also another verb”.)

I came across a letter written in the way that people sometimes use when they’re dressing up their words to be more impressive—a tuxedo of prose comprising an “indeed” here, an extra adverb there, not to mention words like "comprising". (Jeff Chu, Does Jesus Really Love Me?)

If you want to write about your life as a vet/hairdresser/lumberjack, keep a diary and note down details. Don't feel that you have to exaggerate incidents until they become “amusing” anecdotes.

In fiction, never write: "'The old lady was becoming a bit forgetful', she thought." You can indicate a character's thoughts in other ways. And don't make the heroine "think" your favourite quotes from great literature.

Leave one space after a full stop, not two, despite what your teacher or your mother told you, 50 years ago. If you send in a piece with extra spaces some underling has to search and destroy them all. Word now flags two spaces as an error.

Don't be afraid of repetition, but do find synonyms instead of limp "do so", "had been" or "one".  For example:

It was an interesting idea, but hardly an original one.

How about "hardly an original concept"?

Don't try to be too complicated. Do keep it simple.


I know a lot of books are written like this. That’s why I can’t read them.

My book A Short Guide to Writing Well has many more helpful hints.

More puns here, and links to the rest.