Was Ngaio Marsh a snob? 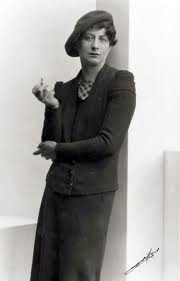 I ordered Ngaio Marsh: Her Life in Crime by Joanne Drayton because I'm a fan of Golden Age crime writer Ngaio Marsh (1895-1982). One Amazon reviewer writes "it goes into the sociological and literary roots of Marsh's books and the whole country-house murder genre." "On her regular visits to England, always traveling by ocean liner, she would stay with her aristocratic English friends who lived in country houses in the Home Counties or in fashionable flats in London." says jrank.org. By ocean liner! How was she expected to get from New Zealand to England? On foot? She must have travelled by cargo ship at least once, to get the background for Singing in the Shrouds. "For a long time... she stayed in my mind as a goodish writer but an impossible snob" says Helen Szamuely on the Social Affairs Unit website. She goes on to say that she reread Marsh and was pleasantly surprised at how good the books were.

Of course it's flattering to us in 2010 to think that people in 1940 were all "raging snobs". We know better now! To repeat, a “country house” is not the same as a “house in the country”. Wikipedia says: "Country houses not only displayed the owners' fashionable and cultivated tastes, but were the centre of a vast landed estate, providing employment to hundreds."

“Country house murder” is shorthand for the kind of story where about eight people are staying in a big house and one of them is killed. It can’t have been done by the servants or an intruder — “but it can’t be one of us, inspector!” It is, but which? There may or may not be titled characters.

Actually the joy of detective stories (since the 30s) is that they let the novelist introduce a large cast of characters of all types, ages and backgrounds, and the reader is not stuck with a few boring gentlefolk. This gives the writer scope for a lot of keen observation of people, snobbery, fashions, fads, ideas and trends.

So, how many of Marsh's 32 books were set in country houses or involved titled characters? (Untitled people can be rich, but they aren't aristocrats.) I make it six.

Her output varied in quality. Some books are comedies of manners and novels in their own right, others are unreadable.

Enter a Murderer – a theatre, homes in London, Scotland Yard (An excellent story set among some acutely affected actors)

The Nursing Home Murder – a nursing home, homes in London, Scotland Yard (A cabinet minister is operated on by his rival in love - fascinating on attitudes of the time, just pre-war.)

Death in Ecstasy – a cult-like “church”, homes in London, Scotland Yard (Gripping tale of a cult leader and his varied victims.)

Artists in Crime – a large house in the English countryside which is used to run art courses, London, Scotland Yard (Her series detective Roderick Alleyn meets the love of his life among some posturing artists. She was strangely fascinated by gruesome details, and this story contains some scenes that are not suitable for those of a nervous disposition.)

Death in a White Tie – the main characters are the country house type and include a Lord and some debutantes, but the action all takes place in large houses in London (and Scotland Yard). (The central character is appealing, but those surrounding him are not, and it's rather trying to be in their company. A jaundiced view of the English debutante "season".)

Overture to Death – an English West-country village, a village hall, a vicarage, various gentlemen’s residences. (Set in a remote village in winter and wartime, this book isn't really worth reading – it's full of venom directed at older women who are embarrassingly in love with the vicar, and the murder method is so complicated that the detectives spend pages and pages explaining it to each other.)

Surfeit of Lampreys – London, Scotland Yard. The main characters are rich eccentrics. (This is a book to avoid – again there is a lot of venom directed at unpleasant characters. And the characters we are supposed to like are quite unbearable.)

Death and the Dancing Footman – her 10th book and the 2nd set in a genuine country house where a house party is taking place. One of the characters is titled – and runs a beauty salon. (A return to form – the characters are interesting, varied and eccentric, and most are likeable in various ways. They all hate each other – and then they get snowed in.)

Colour Scheme – a run-down spa in New Zealand. (This is a really good book with vivid scene setting and a likeable cast. Shame that the solution is somewhat forced.)

Died in the Wool – a farm in New Zealand (The war is still going on, and Alleyn is chasing spies in New Zealand. In the process he solves the murder of an unmourned woman MP. Watch out for the gruesome details, though.)

Final Curtain – her 13th book and the 3rd set in a country house. But it’s a Victorian pseudo-castle built by a dynasty of theatrical baronets. (Five stars: society painter Agatha Troy (Mrs Alleyn) is waiting for her husband to come home when she gets a commission to paint a theatrical knight. His family are preposterous but bursting with personality, especially the cat. Marsh pokes fun at fashionable theories of child care.)

Death at the Bar - a West Country village. (The characters are potentially interesting: there are some local communists, an ex-convict who's changed his name, a middle-aged Irish painter, a barrister and actor on holiday – but it doesn't really add up, many of the actors have West Country accents, and her love of the revolting is too prominent. Her editors should have told her to cut the vomiting scenes. You have been warned.)

Swing, Brother, Swing – a large house in London, a fashionable night club, the offices of a magazine, homes, Scotland Yard. One of the characters is titled and once had a country house but sold it. (The war has ended and London society is trying to pull itself back together with the help of a bandleader called Breezy Bellairs. Eccentric Lord Pastern decides he'd like a go on the drum kit. It's a shame that the nicest couple are somewhat sidelined.)

Opening Night – a theatre in London, homes. (Possibly her best. A destitute actress finds a job as a dresser in a theatre, then as an understudy, then the girl she's understudying has hysterics... but it's not as simple as that. Characters are both complex and loveable.)

Spinsters in Jeopardy – a castle in Italy (The Alleyns go to Italy for a holiday - and to look up some local drug dealers. And also to track down Troy's mysterious cousin who keeps sending her bus tickets. They fall in with some cultists who are drifting close to devil worship – but they're not all dislikeable. Only spoiled by the presence of the Alleyns' nauseating son, Ricky.)

Scales of Justice – a village in the West country, various gentlemen’s residences, a country house inhabited by a titled family. Her 17th book and the 4th to use a country house as one setting among many. (One of her very best. There's a soppy young couple, but real love sparks between two unlikely middle aged people as the little community is disturbed by the death of a colonel.)

Off with his Head – a West country village (I find this one quite unreadable. It concerns some Morris dancers. Enough said.)

Singing in the Shrouds – a cargo ship sailing to South Africa with a a few passengers on board (Brilliant "life boat" plot with a group of travellers who are stuck with each other and a possible murderer. Freudian reasons for his actions are solemnly laid out.)

False Scent – an actress’s house in London (Mary Bellamy is a well-known actress and PITA. During the course of her 50th birthday party a lot of secrets are revealed and home truths yelled. Four stars.)

Hand in Glove – an English village. One of the characters is titled. The theme is snobbery and social climbing. (This one has grown on me. Maybe I got to like the people, who include a raffish much married lady who has clung to the title she acquired along the way, and a raging snob who somehow makes his idiocy seem forgiveable.)

Dead Water – a British island trying to attract tourists (I can't reread this one. A middle-aged woman turns a local spring into a pilgrimage destination for those in search of healing. But her egocentricity, and exploitation of a less than bright boy, are nauseating.)

Death at the Dolphin – a theatre, people’s homes in London. Characters include two millionaires, along with actors, backstage staff and playwrights (One of her very best, with likeable characters who spend much of their time in and around the theatre where they're putting on a play about Shakespeare's life. It's only marred by a cruel depiction of a character called "Mrs Guzman".)

Clutch of Constables – a river boat in England (One of her very, very best, with Troy at the centre cruising the waterways of England with some very dubious people who are not what they seem.)

When in Rome – Rome, hotels, an ancient church on many levels. One of the characters is titled, but he's a Dutch baron. (A lovely book, full of Roman atmosphere, Irish priests and a Baron Corvo-like character. The sixties were in full swing, and Marsh's attempt at the language and habits are somewhat random. But at this distance her misunderstandings can be forgiven.)

Tied up in Tinsel – a country house that’s being used as an institution for rehabilitating criminals. Her 26th book and the 5th to use a country house. (I can't reread this one - apparently she had trouble with it.)

Black as He’s Painted – a village-like area of London containing a mews and an embassy. One of the characters is the president of an African country. (Her last masterpiece, with an endearing central figure, a retired diplomat. The villains are particularly grotesque. As for the plot - I'm never quite sure if I really know whodunnit.)

Last Ditch – an English island (A late work and only worth reading for some perceptive glimpses of current fashions and mores.)

Grave Mistake – an English village. There are two large houses, one rather tasteless and belonging to a millionaire, and the other an architectural gem which the millionaire wants to get his hands on. Her 29th book and the 6th involving country houses in any way. (The central character, playwright Verity, is attractive, but the plot as a whole doesn't convince. And there's a very unpleasant scene in a pub as Alleyn tries to get at the truth – Marsh's taste for the gruesome arising again.)

Photo Finish – an island in New Zealand (Marsh clearly thinks opera is a big joke, which is OK if you agree with her. There's a fine jovial singing teacher but otherwise the cast is forgettable.)


Light Thickens – a theatre (We return to the characters of Death at the Dolphin and wish Marsh had left them in the early 60s where they belong.)