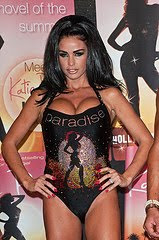 “I didn’t have a real nose job – they only shaved the bone, they didn’t break it.” Jordan/Katie Price

John Galliano is soooo talented and under suuuuch a lot of strain that we forgive behaviour in him that we’d condemn in other people (like making drunken anti-Semitic remarks). Oh, and it was “a natural extension of his desire to please the fashion industry’s need for outrage”. Hadley Freeman sums up in The Guardian March 9, 2011

I didn’t tell anyone (about the ghost/ufo/alien abduction) at the time, because nobody would have believed me.

A man found naked in a cemetery said he was photographing ghosts, and naked skin was the best canvas for showing the orbs of energy. He said he had only intended to remove his shirt, but got carried away. Fortean Times Feb 11

Murdoch phone hacking: "I accidentally accessed their voicemail when keys on my own phone got stuck."

Actors caught shoplifting always say they were researching a role.

Man smuggling falcon eggs to Dubai taped to his body said they were a cure for a bad back.

Rich Lott said he took part in re-enactments of SS battles as part of a “father-son bonding thing”.

Kolo Toure tested positive for drugs because he “took some of his wife’s diet pills”.

Charlie Sheen’s meltdown in the Plaza Hotel’s Eloise Suite was caused by “an allergic reaction to medication”. (Call girl he’d hired was so scared she locked herself in a cupboard.)

David Wu later explained that he was under the influence of painkillers and mental duress due to stress. US Politician David Wu sent pic of self dressed in tiger suit to female staffer. Aug 2011

The Night Stalker claimed his wife left his DNA at the crime scenes.

Oh dear, I’ve left my wallet behind! (I noticed you had – so I brought it for you!)

A teacher writes: I didn’t do the assignment/turned up late because I had to play cards with a depressed friend.
Posted by Lucy R. Fisher at 22:15