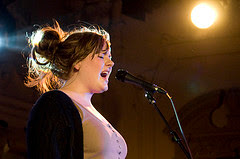 quarter = area of town that planners hope will fill with hip cafes, art galleries and Thai restaurants. Or else it’s a few new-built closes surrounded by ex-industrial sheds, and the builders hope that if they call it a “quarter” people will think it’s got some kind of history and character. Roman quarter, Chichester/Radcliffe Observatory Quarter, Oxford.

lots of things being “shredded”, including welfare safety nets and existing power structures in Libya (Aug/Sept)

visceral being used to mean almost anything September 5, 2011
underbelly popular September 6, 2011 (soft underbelly, unpleasant underbelly –
think you mean “seamy side”.)
merch (merchandise)
roll out to mean “bring in” (If you roll something out, you start in Wakefield, move to Liverpool, then Manchester ect ect)
upselling = persuading customer to buy more things (meal deal) or something more expensive (better wine)

toxic is back late Sept
chasing down (used to be hunting down, chasing up)
+tives and –tives (Tweetese)
rock for wear (a barely there skirt ect)

picture-perfect What mean? Don’t use for things that aren’t visual, like food. And is it picture perfect, pitch perfect, or picture-postcard perfect? And how can you qualify "perfect"?

exposure = what psychologists used to call “flooding”) as self-treatment for embarrassment, phobias. Afraid of talking to women? Chat up 50 women in a day. Embarrassed by dorky bike clothes? Ride topless! The bike clothes won’t seem so bad. Versus “don’t over-challenge yourself”.
life writing, wilderness writing, nature writing etc etc
X is what it is
when did forbidden to do become forbidden from doing?
family adventure (you can’t just “go on holiday” any more)
You have to say Adele is “beige”. October 10, 2011

link bait
pinkwashing – piggybacking a product on a charitable cause.
systemic trending week of Nov 6
levels of has replaced kind/s of
technocrat popular week November 16 2011
artisanal is the new home-made
meltdown (formerly throw a wobbly/become hysterical)

very – the salmon die in the very stream that gave them birth. (“The same stream” would do. Yea, verily.)
especially for particularly
back in 1972
Whisper it!
whopping popular week of Dec 5 (a whopping great...)
Hollywood reboot Rewrite, recast, misunderstand and utterly ruin well-loved classic. Turn Miss Marple into a feisty thirtysomething.

make choices = do things (because if we say “make choices” we’ll encourage people to choose to do things instead of following others, being influenced, being dominated, carrying out orders, doing what everybody else does, doing what the mores dictate etc. Or rather, they’ll still do all that but we can pretend they don't.) Americans use “children must learn the consequences of making choices” to mean “behaviour we disapprove of will be punished severely”.