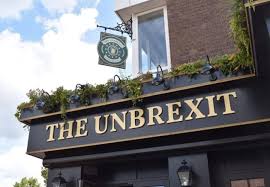 All this and more in my revised and updated book, Clichés: A Dictionary of Received Ideas.


The Enlightenment myth of a 'middle age' of barbarism is, ironically, quite as wrong-headed as the most superstitious medieval superstition. (Historian Tom Holland)

About two centuries ago, it was a tradition for citizens in England to invite the entire village to their own house, to cook and drink together. That's the reason why a pub is still called a pub. A public house with open doors for everyone. (Germany’s Unbrexit pub)

Lobster was once considered trash here in N England — actual laws on how often lobster could be served to inmates before considered cruel. (Kassa‏ @ksax48 Sometimes "salmon", or "oysters".)

Most educated people in America think there is a crisis about native speakers using the language ungrammatically. (Geoff Pullum)

The reason why working-class people voted leave was because they see immigrants on a daily basis. You don’t get them in posh suburbs. (via Twitter)

The fact is, men are good at concentrating with extraordinary focus whereas women are better at seeing the broader picture. (Christopher Hart, Daily Mail, Aug 2017)

Women are not biologically suited to working with computers. (Google memo, 2017. Back in the mid-80s, we were told "Don't look at the manual, it'll only confuse you.")

Did you know that a cat wandered on stage during the Act 1 finale of the premiere of Barber of Seville in 1816? (English National Opera. It's usually a dog, which exits through the fireplace.)

Poi, which they will all be obliged to “try” to get a sense of “authentic” Hawaiian food, which, of course, must taste bad. (inthemedievalmiddle.com. Local "delicacies" are either bland or disgusting.)

NOBODY EVER TALKS ABOUT CLASS is up there with YOU CAN'T TALK ABOUT IMMIGRATION at the Least True Statements Awards. (@johnb78)

The Temple of the Muses, a bookstore in Finsbury Circus, boasted of having half a million volumes for sale & being so large a mail-coach was driven around the (circular) counter at its opening. Darran Anderson (The intrepid have driven a coach and horses round the top of a factory chimney, round a clifftop library in Northern Ireland, and through several caves.)

Science is sexist because it is not subjective, or it's racist and colonial because it's an artifact of Western modernity... (Via FB)

My parents were card-carrying communists. Dialectical materialism didn't prevent them believing they had souls. (RK)

It’s no wonder so many atheists are terribly depressed. (Christian Apologist @Lead1225)

Atheists are for the most part utterly unskeptical about their own beliefs. (@EveKeneinan)

Southern English was subject to influence by the huge population of former Africans that were speaking Southern English. The social history is complex, but it’s been argued that Southern English carries a lot of features of the native languages of the African slaves. In contrast, Midwest English was spoken by a bunch of Germanic immigrants; East Coast English, spoken by a bunch of Irish, then Italian, then Russian immigrants. (Metro. Stand down — they’re talking about America.)