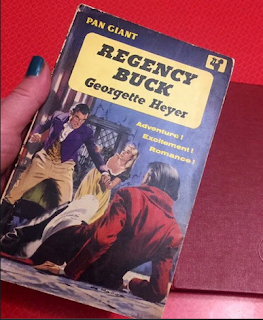 Looks don't matter, cultivate inner beauty and anyway women don't need to get married any more now they can have jobs. Enjoy the moment, don’t make plans, don’t compare yourself with others.

They concerned themselves, as people always do, with birth, education, love, marriage, money, property and death. (Stephen Fry on the Regency novels of Georgette Heyer, 2021)

A single man over 30 is a big red flag! Especially with no kids. (SP via FB)

She hadn't met a suitable partner in her 30s... unlike with romantic heartbreaks, there was no promise of eventual redemption. (Hadley Freeman on childless women, (Guardian Sept 2021)

A few days later a couple of our German friends sheepishly announced that they had just got married in secret. Only the two of them in a registry office, with no witnesses other than a city official and their three-year-old daughter. There had been no sudden epiphany of imperishable love; it was just that they’d worked out during lockdown that getting hitched would save them about €300 a month in taxes. (Oliver Moody, Times Aug 2021)

At the age of 37 felt he was staring down the barrel of a lonely bachelor life. (Theinvisibleevent.com)

Until the 1990s it was common for hormone treatment to be offered to girls to limit their adult height. It was felt that girls who were "too tall" would be unhappy and would never get married... One classic reason for families wanting their girls to reach a shorter adult height has been that parents were worried their daughter might never marry. But the US study also found that height made little difference. Even the tallest women were likely to be in a relationship. (BBC.co.uk, paraphrase)

The young woman’s burden is always wanting to be liked. (Carol Midgley)

Musa Okwonga “was embarrassed at how his penurious life as a single writer nudging 40 compared with his fellow alumni, by then wealthy executives with houses and families.” (Guardian 2021)


LOOKS DON’T MATTER
Peg Bracken writes about a friend who couldn’t be bothered “setting” her hair all the time (as all women did in the 50s), and just let it grow. Bracken adds that she has grown a different personality to go with it.

I know a lady who – if she could dress the way she’d really like to – would wear nothing but gypsy clothes: full swinging satin skirts, bare legs, high heels, bracelets to her armpits, and a sleazy chiffon blouse. But she knows as well as you do how fast she’d get kicked out of the Parent-Teachers’ Association. (Peg Bracken, I Hate to Housekeep)

At my school there were popular kids in every activity, the thing that made them all hang out with each other was wealth first, then attractiveness. (@ridingwriter)

Beauty is not in the face; beauty is a light in the heart. (Kahlil Gibran)

Now that I’m in good shape, people offer to carry my groceries to the car and hold doors open. (Rebel Wilson)

Men have only one criterion for judging partners on Tindr: how attractive the woman is. (Times 2021-02-10)

I know someone who once showed up for an interview dressed in orange and green. This type of behavior verges on self-sabotage. (Psychology Today)

In Barbara Amiel’s recent memoir (Dec 2020) she says she had a disastrous nose job when young. “I was an ugly girl. Nobody held the door for me, nobody asked me out.” Her nose was eventually rebuilt using bone from her hip.

Chris looked different from other kids. Would he be able to make friends? (Anne Reinking on her son, who has Marfan syndrome.)