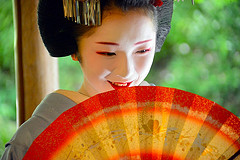 Fans to keep cool and parasols to keep off the sun – will global warming bring them back or make it possible to use them without people laughing at you?

Rows of hooks in kitchens for hanging up pans, cups, utensils etc

External keyboards for iPads. Rack so that you can stand them up. Make laptops touch screen.

Widget that blocks mobile signals in theatres, classrooms. Or make students turn them off.

Stop parents doing their children’s homework by not giving children homework. Or make them do homework at school.

Ban mobile phone use from classrooms.

Bring mining back to Cornwall (may happen)

Make pub glasses out of shatter-proof glass (been done)

Typing on a touchscreen is an improvement that isn’t.

All dark passages to be painted white, with bright lights installed.

New houses to be built with rainwater tanks – like they were in the 30s (though how do you stop mosquitos breeding?)

Urban escalators, urban staircases
Bijou size washing machines, washing up machines, cookers, fridges and kettles for single people (You still need a full-size bath and room to store cooking equipment. But you could have two rings and a half-size oven. And half-size casseroles, frying pans and saucepans.)

Aqueducts ([In 2011] Boris Johnson called for the resurrection of a 1942 plan to build canals to bring water from the wet hillsides in the north and west to the dry plains in the south and east. The Week April 2012)

Gathering rainwater in water butts – oh, it has been

Horse and cart (item in Times about family using cart to take children to school to save on fuel April 4, 2012. They could also move nearer the school/send their children to a local school.)

Windows in gable ends (gable made entirely of glass)

Asylums for the mentally ill

Factories. We stole cotton manufacturing from India, they took it back. Can we take it back again? Or at least start making things again.

A simple cellphone is a very powerful dissolver of old-fashioned hierarchies. My best example comes from the Kenyan hairdressing salons in Nairobi, which can be quite medieval and run by a madame to whom you are effectively indentured. She guards all her clientele closely. Once cellphones came in, the hairdressers would take the numbers of their clients and that was the end of the old system. Paul Mason, NS Feb 2012, in article re social media and revolutions

Room plan with divan round walls (or round smaller separated area). Popular from 50s-70s, replaced by Victorian revival.

The Midnight Movie. Actually, all film companies should put out their entire back catalogue on DVD, for a flat price. The sales of blockbusters would pay for the the obscure stuff.

The closed-plan office: Backbone Entertainment, a video game development company in Emeryville, Calif., initially used an open-plan office, but found that its game developers, many of whom were introverts, were unhappy. “It was one big warehouse space, with just tables, no walls, and everyone could see each other,” recalled Mike Mika, the former creative director. “We switched over to cubicles and were worried about it – you’d think in a creative environment that people would hate that. But it turns out they prefer having nooks and crannies they can hide away in and just be away from everybody.” New York Times Jan 2012

Bob-a-Job week - back this May.

Shotgun houses (no corridors or halls, rooms open out of each other)

How about using empty shops to take deliveries for people out all day who don't want online shopping at work. Then could also sell stuff... @archifreelance Ruth Slavid

Boarding houses (like a B and B, but with permanent residents)