Syndromes We Don't Have a Name For 3 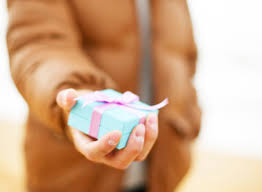 The best things in life are free: You dedicate your life to getting things for free.
Will I receive 100% of the compensation? Also becomes a way of life.

Running out of people who will listen to you.

Fancying that we were young geniuses born to regenerate the world... our entrance into the social arena soon robbed us of our sublime conceit. (The Sorrows of Satan, Marie Corelli)

The old crowds were thinning.

Trying too hard to be liked – plays, films etc can do it too.

The fewer immigrants there are in your area, the more you hate and fear them.

Metooism: Racists who moan about being called racists because it’s an insult.

Tendency of hairstyles to expand until they’re bigger than your head.

Manipulation by guilt.
Adopt a child because you want one to abuse.

That lurking urge to pick up your dry cleaning - except you've already picked it up. (@volatilitysmile)

X is abolished, then we realise we needed it, so it’s reinvented as Y, but X is never mentioned again.

Physicians have bestowed the character of Nervous on all those disorders whose nature and causes they were ignorant of. (1765 Robert Whyatt, court physician)

Monomania: Perfectly sane on every subject except… (Also, skeptical about everything apart from the idea that when we die our consciousness is reborn in another universe.)

I’m not over-critical, you are just flawed in every way and I'm pointing it out for your own good.

She rushes headlong into relationships and then dumps people without warning. (Dear Prudence at slate.com)

Set up five anti-leafblower sites so that you can prove it’s a “movement”.

Heritagisation: Buildings 20, 30, 40 years old may get bulldozed as old-fashioned, but make it to 50 and suddenly you’re “heritage”.

Yes, yes, I know! The hardest people to train are the ones who bluff that they already know what you’re trying to tell them, because they think you expect them to.

Yes, yes, I know! These ones think knowing is enough and that they don’t have to actually do the thing.

I can’t do what you ask now in front of other people but I’ll do it later when I won’t lose face.

Tatemae and Honne (Japanese): What you pretend to believe, and what you actually believe, respectively.

Walt (for Walter Mitty): Someone who claims to be in the army (or police, or SAS, or mafia, or MI5 – or on the run from the mob).

Making things too difficult: Insist that running shoes/parts of military uniform are white, so schoolchildren/soldiers have to spend ages cleaning them and painting them with Meltonian Shoe Cream.

X seems to have a tendency toward dishonesty even in situations where there is no rational reason for it. (NYT "I had to lie – they'd never have believed the truth!")

The Amalasuntha moment: When critical mass of the elite abandon its posts/retire rather than face consequences of the actions they implemented. (Byzantine Ambassador ‏@byzantinepower)

Do as we do, not as we say: Oh yes, we say you should do X, but we don’t really expect anybody to comply, everybody knows that!

Presque vu, etc: The smell of the cologne reminds me of holidays I haven’t been on. (Times)

Allophilia: More loyal than the king. More English than the English.

A long time a-dying/premature reading of the last rites/dead but it won’t lie down/zombie controversy.