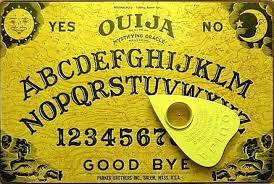 It’s always in the last place you look!

I could care less.

set in stone (You set things in concrete, you carve them in stone.)

PM makes 360deg rotation on cigarette packaging. (You mean 180 degree – 360 degrees takes you back to where you started.)

The total mileage stands at about 4000km.

priceless (There's a price and it's very very high.)

an empty bottle of brandy (an empty brandy bottle)

"The time is rapidly approaching..." No, it's not. Time passes at the same pace. (@franosch)
Except at the edge of a black hole. (@FastMacsTweet)

including the likes of X, Y and Z (You mean including X, Y and Z, not people like them.)

flammable and inflammable (Both mean "likely to catch fire".)
boned and deboned (Both mean "with the bones removed".)

There's more than one consensus. (Brexiteer)

Ken should fall on his sword and walk. (Andrew Dismore)

15 photos that will convince you that Iceland belongs on another planet.

I think she wore some disguise – such as one of her trademark silk scarves – while driving, so that she would not be recognised. (Queen’s dog trainer Roger Mugford)

I'm undecided because I don't know enough about it but I will be voting 'out'. (BBC News vox pop Perhaps she thinks “undecided” means “ill-informed”.)

We don't cater gay weddings. We serve everyone.

If he was alive today he’d turn in his grave.

Surely your enemy's enemy is, er, you? (@lucyfishwife)

Gold standard dross. (Dross is what’s left over after gold is refined.)

This very comfortable 'hideaway' is located in a sunny 'undiscovered' quiet Mews... (Well, somebody must have discovered it – no point hiding there now.)

Fillet of a fenny snake/In the cauldron boil and bake. (Boil and bake? Make up your mind! And you can't bake anything in a cauldron.)

People should produce, instead of passively consuming! (Who will consume their products?)

Indian giver (It was the British who gave and then took back from the Native Americans.)

Chinese house prices are shrinking. (The market is shrinking as the numbers fall.)

He is one of the only thespians on the planet who possesses a Ph.D. yahoo news (One of the few.)

Gays have enough equality! (Said some bishop.)
It would right an equality imbalance. (The BBC on women in the theatre. Equality would mean 50% men, 50% women.)
Professionally pedicured feet at your fingertips! (TV ad)

You rush to the door, frozen in horror.

Marketing bull that irritates me "An almost infinite number of possibilities". So not infinite in any way at all, but entirely finite. Grrr! (Brian Lawton ‏@MrBLawton)

build the deep levels of stamina (You build up, dig deep.)

How can there be self-help groups? (LC)

We’d like to introduce our children to a global world. (Head teacher on BBC Breakfast. Unless you teach them that it's flat...)

Next we'll be hearing about how the average Homo Erectus IQ was 150. (Web discussion about Neanderthals – don’t go there.)

The future is already here.

I pay someone to come and do my DIY for me. (Nick Knowles)

If our lives are more "fast-paced" than ever before, we should have more free time, not less?

You really need to think about reinstalling some original features. (Lucy Alexander on Homes under the Hammer, June 2012)

The experiment has failed! (It didn’t produce the results we wanted.)

World records won’t be broken, they’ll be shattered into a million pieces. (You can’t do more to a world record than break it.)