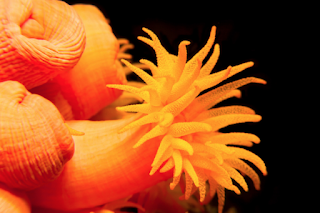 Their insanity is starting to glow in the dark. (RK on the White House)

Your train of thought has been cancelled. A replacement bus of thought is available. Your thoughts may arrive five hours later than planned. (@jeffnoon)

Shall I go to London and blow around like a feather in a pillow factory? (Gruntfuttock ‏@peasmoldia)

It's hard to think of another PM who created such ruinous, lifechanging chaos before practically evaporating into mist, than David Cameron. (@AliCatterall)

"Where's Corbyn?" Smashing PMQs every week, but dust bowls and cobwebs from our media. (@Peter_Nicholls)

It's no good when crisps aren't. (HB)

There's a veneer of culture and second homes, but it's essentially a mill-town graveyard. (Don Morrison on his hometown)

Is somebody going to get a chance to get in front of the microphone and put over our point of view in accents slightly less reminiscent of well-bred motor salesmen down on their luck? (Columnist Cassandra [1909-67] complaining about BBC announcers “mincing” through the news)

Shame they replaced it with a Tupperware greenhouse. (‏@JamesNonchalant on Stoke Newington Station)

Angela Rayner any moment she's going to go full red head everyone run. (Fat ‏@Bloke_On_A_Bike)
wounded rhino time (Someone has screwed up and landed you in it – time to charge like a wounded rhino and demand an apology, compensation and a free holiday.)

Morris dancers are one of the most riotously risible and despised groups in Britain. Yet they caper on regardless... (A A Gill)

The idea of a theremin ensemble is both intriguing and just slightly scary maybe one day I too will own a vintage theremin.... but until then I shall keep on soldering on till my mini one is built! (Amazon reviewer of Theremin by Albert Glinsky)

It's always a bit odd being back in Oxford, a perfectly normal Midlands city that got married to Gormenghast. (@WillWiles)

Amazon are the Satan du jour for some people. (GFC)

You don’t have to sit him down for a full come-to-Jesus moment. (Dear Prudence commenter)

They are as valid as serving chocolate risotto on a cutting board followed by prawn and peas ice cream. (End Of Daze ‏@EndRoadwork)

rusted-on cronies ‏(@EndRoadwork)
We’re on spongy ground here. (JP)
at a speed of one angstrom per eon (AJB)

He is too lacquered in anecdote to communicate properly. (@byzantinepower)

the private language of academia (HP)

If anyone becomes a therapist for money they need their bumps feeling. (Rhiannon Georgina Daniel)

A lot of men in suits with their fingers in their ears. (Steph McGovern on BBC Breakfast on security guards)

Can I just press pause for a moment? (Sally Nugent on BBC Breakfast)