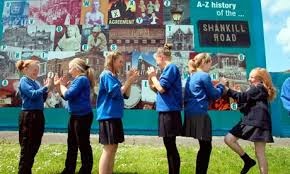 They always say time changes things, but you actually have to change them yourself. Andy Warhol

So angry! Children are being refused primary education because of their parents' religion. Ireland, 2013 (Andrew Gallagher @andrewgdotcom)

People are still very shocked when they find out someone doesn't believe in God. It's 2013. Open your mind. (Zachary Tyler Henry ‏@rebelrouserr 26 Nov)

There is nothing wrong with being gay. It's 2013. Cut the crap, people. (Jack Gray ‏@jackgraycnn 16 Nov)

It's 2013: Why Are We Still Using Paper Receipts? (Mashable.com)

It's 2013 and we actually have to tell universities it's not OK to segregate audiences by gender. (Captain Tracy King ‏@tkingdoll 24 Nov)

In 2013, there is no excuse for gender apartheid in a UK university. (Richard Firth-Godbehere)

It's nearly 2014, people - surely the salesmen's attitudes towards women should have changed since we were given the vote? (timeslive.co.za)

It's nearly 2014 about time smartphones started charging themselves.

Re Syria: I should be planning shopping trips, not a bomb shelter! It's nearly 2014 and we were supposed to have advanced past this!

It's nearly 2014, and what adults do with their own bodies shouldn't be cause for puritanical alarm. (freenewspos.com)

It's almost 2014! They couldn't find anyone of color to play a Pharaoh?? (screenrant.com)

More here.
See you next year, when we might have unsegregated schools in the UK, and a keystroke that takes you to the top of a Web page.
Posted by Lucy R. Fisher at 09:52