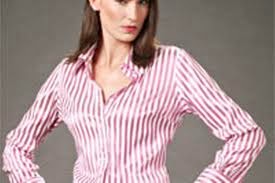 Be confident, and don't mention that you want children. Right.

...you do have to be approachable. Guys get intimidated easily when they meet a confident woman. (amazon.com And latest research suggests that people like you more if you're humble, according to the British Psychological Society.)

Being coy about children is a bizarre and counter-productive custom. (http://www.dailylife.com.au)Victims of bullying were also more likely to have lower educational levels, less likely to be in a relationship and more likely to report lower quality of life. (Reuters April 2014)

Try and give the compliment in a timely manner - don't wait until she is getting in a taxi to compliment her dress, for example, do so when you first meet her. A spontaneous response always feels more genuine. (Debrett’s online)

That homophobia remains rife among gay men is hardly surprising. They grow up in a society that teaches that settling down with a woman is the natural order of things. (Owen Jones, April 2014)

Pairing off and procreation – the rituals of all time and every place. (Penelope Lively)

I thought I would be married with kids by now. (Actor Matthew Rhys, 39)
There is also evidence to suggest that the way we behave is, in part, influenced by the ways in which we are seen by others … throughout human history the discernment of these social groups has been exploited for every conceivable purpose: from the most sophisticated of political enterprises ... to the satisfaction of the most fundamental human desires (including approval, prestige, friendship and love, a sense of belonging, self-enhancement, or just living in a comprehensible world among others worthy of trust … there is a rich history of research showing that we have a tendency to conform to the majority standard of our social groups (Asch, 1956) while denying this is happening, even to the extent of misremembering the details of the event (Buehler and Griffin, 1994) and decrying the nonconformist to the rest of the group (Marques et al 2001). (The Psychologist)

He walked about London for nearly four hours. The complete privacy of a sojourn among four million total strangers was comforting. (Margery Allingham)

Most of us have successive ‘circles’ of friends  – the inner core of people we can call on day or night, then friends we socialise fairly regularly with, then colleagues and casual pals, and on the outer fringes acquaintances and people we stay in only sporadic contact with. (yahoo.com)

The whole relationship between adults and children has changed, reflecting the century’s political inclinations. It is now much more egalitarian. (Penelope Lively)

Indeed, the real expert must always deal with truth. Therefore, he sometimes finds it necessary to say things that are unpleasant or implausible, things that we do not want to hear. On the other hand, the man out to defraud us will be very careful to only tell us what we are predisposed to believe. (Howard S. Katz, Gold Standard Time)

All things are subject to interpretation; whichever interpretation prevails at a given time is a function of power and not truth. (Nietzsche)

The more you go to the pub, the more people you meet, the more freelance work you get, therefore going to the pub is working. (Ben Mægenmund ‏@BennyBrick)

‏Looking at a lot of social start up I keep thinking: "there's some people there who could do with less messianic self belief". (@MarkOneinFour)

Revenge, they say, is a dish best served cold. It is also delicious raw, slow-cooked in a Dutch oven, parboiled, baked or fricasseed. (WSJ April 14)