Syndromes We Don't Have a Name For 4 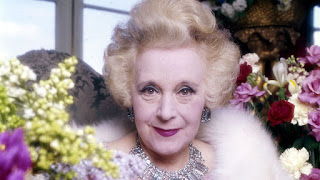 And games people play, from "been there, done that" to "cut off the branch you're sitting on".

BTDTGTT: We all have a friend who, for every book you've read, has read one that's cleverer/deeper/more obscure. (Middle Class Handbook)

Time lag: We don’t all reach the future at once. Some parts of Spain never left the Franco era. (1 Oct 2017)

Role-playing: It doesn’t sound like they’re able to keep up the “sensitive, kind, and witty” act for longer than a few months. (slate.com) Just as people lie about their drinking, more people here will be buying for investment than admit it. (The Art Newspaper’s editor on an art fair)

Projection: She prides herself on being forgiving, but she… can hold a grudge better than almost anyone I know. (slate.com) Useful tip: if you scan the timeline of anyone using the word "remoaner" you generally find that they're moaning about LITERALLY EVERYTHING. (Rhodri Marsden ‏@rhodri) Strange mimetic dynamic where both progs and cons see themselves as tiny beleaguered resistance ad opposition as all-powerful. (@pegobry)

Social mobility: My mother left my father and me as soon as she could upgrade to a better model of family. (slate.com)

Pas devant les domestiques: Dad used to use public functions to show affection and act like everything was fine because he knew we didn't dare do anything in front of people. (slate.com)

Negative Nancy: Those who are endlessly critical and forever complaining, and who talk about resigning at the first hint of an often-imaginary slight. (Jeremy Bullmore)

Hold-out: Determined to continue living a life that everyone else has long since abandoned. (Guardian 7/3/06) Later novels by elderly women whose attitudes seem dated to a period a decade or three earlier than the pub date. (goodreads.com) An insistence on traditional farming techniques long after the reason for their development has been lost. (London Review of Books on sheep, floods and Cumbrian uplands)

Don't delude yourself: She was 42, but she still thought of herself as a hot babe. (Medical Detectives) Miss Knag still aimed at youth, although she had shot beyond it, years ago. (Charles Dickens, Nicholas Nickleby)

The specials: Some people appear to derive genuine satisfaction from the belief that their cat has food intolerances. (SL)

Group dynamics: A bullying narcissist surrounded by a dwindling handful of sycophants. (LW)

Rewriting history: People reinvent what they believed in the past based on what they know in the present. (John O'Farrell)

God on your side: It was a couple of centuries before the Crusaders conceded their mistake. (Diarmuid McCullough)

Light that failed: Much of the heady idealism of the Sixties has since drained away. (Fortean Times April 09)

Get stuck in the year when you were belle of the ball, flavour of the month, captain of the hockey team.

Spend a huge amount of time and effort on a non-problem, like campaigning for straight couples to have civil partnerships.

Simmer with fury for 50 years because your husband/children won’t dust the mantelpiece/empty the bin without being told.

Young woman falls in love with older celeb she has never met. She engineers a meeting, finagles a job as his secretary, and reader, she married him.

Be permanently disagreeable. Never say anything positive. See the worst in everybody and everything.

In an organisation, alpha males attack the safe targets.

A friendly group recruits you – because they need someone to do the boring jobs.

Sect drops the austere features and weird practices that attracted early followers, and becomes conventional and mainstream. (The Puritans ceased to care about minute theological differences after a couple of generations in America.)

Tell someone off for something they might have done if you hadn’t told them not to.

Find excuses for the person whose awful behaviour I am complaining to you about.

Prevent your child eating anything sweet, or knowing that such food exists.

Blame the Enlightenment for not foreseeing the industrial revolution and global warming.

Not even knowing that things were different in the Olden Days.

Being drawn to places that were once at the forefront of technological progress, but now lie in ruins.

Never do a low-scoring Scrabble move that will benefit you as well.

Not realizing that everyone has been willing you to retire for years.

I’ve been to one workshop, and read one article, and now I’m an expert.

Insist on your slightly wrong pronunciation of the name of a famous person (Geldorf, Hobsbawn).

You simply hate to be proved wrong, but espouse a lost cause, like homeopathy or the Turin Shroud.