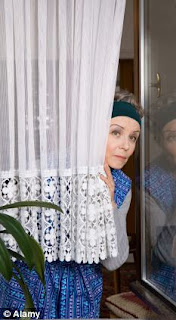 ...and silly reasons for leaving the European Union.
Police were called when Boris yelled at his girlfriend. But “Corbynista curtain-twitchers are not attractive”.

A second referendum "would break down trust in democracy", says Nigel Farage. (Nov 12 2019)

They do have a disproportionate amount of intelligence (=power) in many fields including banking though I don’t resent this. As a young man I think Farage was exploring how extreme opinions felt by having some. God forbid everyone gets politically correct. (Chris Millar @onlyredherrings They = the usual suspects.)

We won’t write down our plans for a deal in case they are leaked. (Dominic Raab added they might be “leaked and criticised”.)

"Documents warning of food, fuel and medicine shortages after no-deal Brexit should be kept secret because they will scare people," Andrea Leadsom has said.

Chancellor Sajid Javid says the Tories have a 'cunning plan' to deliver Brexit, but it would be "madness" to tell anyone.

Boris Johnson says he does have some ideas to solve the Northern Ireland backstop but he's not going to share them right now.

A white woman, Nancy Goodman, at a restaurant in Raleigh, North Carolina, complained another customer was “too loud”. The woman replied that her money was just as good. So she called her a “stupid N-word”. "I used that word because they forced me into it," she said in a TV interview. "I would say it again to them." She added that she suffers from “tremendous anxiety”. “When asked whether or not she understood how using the N-word is incredibly offensive, Goodman replied: "Yes I do, that's why I said it." (Newsweek)

MP’s stalker said he was just trying to find a wife.

Faux apology: I’m sorry but it was everybody else’s fault.

Jim Davidson complained on Twitter that “Khan” had ruined his home town. Now he’s saying that it’s just the “congestion and traffic” that he “can’t bare”.
Lisa Forbes liked an anti-Semitic tweet without reading it. Fat fingers, half asleep, we’ve all done it.

Shakespeare is being dropped from the Israeli school curriculum as “too hard”.


BREXIT
Actually everything comes from China.

I want to leave the EU to honour those who gave their lives in two world wars.

We don’t want a second referendum because all the young people would vote Remain.

No-deal Brexit is a clean break. (It would be the start of negotiations that would continue for years.)

Yesterday on LBC James O'Brien had a caller who was adamant we had to get rid of all these rules that had been imposed on us. On being pressed for examples, he came up with having to control polluting emissions from cars, and regulations about the size of hand towels, though he couldn't actually name any. (HC)

I was bombed by Germans and I hate them so I voted leave because they control the EU.

Foreigners are telling us what to do.

British people should not be ordered about by foreign bureaucrats.
God said that Junker is the Antichrist and the EU is the nation described in Revelations.

Junker is bullying us.
Unelected officials making laws. (When asked how they were unelected when we regularly voted for MEPs, the response was that all the other MEPs were not elected by British people so were unelected and not democratic.)

We can keep out Muslims.

Too many immigrants doing our jobs.

Too many immigrants straining the NHS and claiming benefits.

We can keep out Syrians.

I don't want my son joining an EU army and being ordered to attack the US.

The Turks are coming here.

The yobs causing trouble are all the immigrants.
Brits deserve special treatment and if we don't get it, it's the fault of those in Brussels. (All via PJ Lightning on FB.)