Reasons to Be Cheerful 23 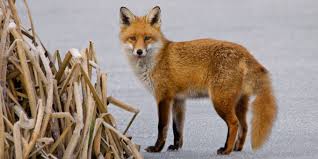 It's not all doom and gloom. We no longer believe that the fox enjoys being hunted or that women like being beaten. We've stopped telling pregnant teenage girls that there is no alternative to adoption. We don’t prevent children finding their birth parents “because it is better for them”, either. We no longer force left-handed children to use their right hand, sometimes with beatings or tying one hand behind their back, a practice that continued into the 1960s and 70s. And cranes, bustards, egrets, red kites and storks are back in the UK.

13th century: Pope Innocent IV (1195-1254) issued a litany of papal bulls dated May 28, 1247, July 5, 1247, August 18, 1247... and September 25, 1253, condemning the executions in Fulda and the harassment of Jews elsewhere. The Pope forbade "to accuse any Jew of using human blood in their rites, since it is clear in the Old Testament that it is forbidden to them to consume any blood, let alone the blood of humans"... Twelve years after the first executions, Rome declared the blood libel myth as illogical and false. (Cesnur.org)

1694 Smoking is banned in the House of Commons.

1736 The Gin Act 1736 imposed high taxes on retailers and led to riots in the streets. The prohibitive duty was gradually reduced and finally abolished in 1742. The Gin Act 1751 was more successful, however; it forced distillers to sell only to licensed retailers and brought gin shops under the jurisdiction of local magistrates. (Wikipedia)

1856 Prison hulks are removed from the Thames.
1893 Louisa Brandreth Aldrich-Blake graduates in medicine from the Royal Free Hospital.

The Matrimonial Causes Act 1923, introduced as a Private Member’s Bill, enabled either partner to petition for divorce on the basis of their spouse’s adultery (previously, only the man had been able to do this). A further Act in 1937 offered additional grounds for divorce: cruelty, desertion and incurable insanity. (parliament.co.uk)

1920 Wales disestablishes the Welsh church.
1926 The UK legalises adoption.
1931 Lili de Alvarez is the first woman to wear shorts at Wimbledon.
1930 Mildred Bruce is the first person to fly from the UK to Japan.
1943 Florence du Vergier becomes the first woman mayor of Hackney.

1956 In the UK it becomes illegal to solicit on the streets.
1963 Women can join the Oxford University Dramatic Society.
1965 Australian women are allowed to drink in a bar without a male chaperone.

1965 The Second Vatican Council's declaration Nostra Aetate proclaims that the Jews, as a people, were not responsible for the death of Jesus Christ.

1966 The Marriage Bar is lifted, meaning that Australian women in the public sector could continue to work after marriage.

1967 Australian aborigines gain the right to be counted in the census. (Voting rights came in gradually in the 20th century, state by state.)

1969 The Catholic Church abolishes the Feast of the Most Precious Blood.

1973 Homosexuality is removed from the American Psychiatric Association’s list of mental illnesses.

1988 Benazir Bhutto becomes the first woman to head a democratic government in a Muslim majority nation.
1992 The UK bans snuff.
1998 The UK repeals a law stating it is treasonous to eat a swan. (Allegedly.)
2009 "Nagging and Shagging" defence that reduces murder to manslaughter ends.
2016 Madame Tussaud’s London wax museum closes its infamous Chamber of Horrors.

2018 Women attend a football match in Tehran.
2018 Breastfeeding in public is legalised in all 50 states.

2018 The Caribbean Court of Justice strikes down a Guyana law banning cross-dressing, that had been used to oppress transgender people

2018 Bermuda legalises same-gender marriage (for the second time).
2018 France bans physical, verbal and psychological violence against children.
2018 Women are admitted to the Cresta Run. (They raced on equal terms with men until the 1920s when it was deemed medically dangerous.)

2018 The US Senate passes the Justice for Victims of Lynching Act. A bill that classifies lynching — defined in the bill as an act that “willfully causes bodily injury to any other person, because of the actual or perceived race, color, religion, or national origin of any person” — as a federal hate crime. (Vox.com)

2019 Ireland criminalises emotional abuse with a new domestic violence law. UK removes the right of abusers to cross-examine their partner in the family court.

2019 Saudi Arabia is bringing in a rule that stops women being divorced without their knowledge. They’ll now be notified by text.

2019 Cyntoia Brown has been released from prison, where she was serving a sentence for shooting her abuser, aged 16.

2019 Saudi Arabia is reintroducing philosophy into schools – it was banned for decades. (UK schools please follow.)

2019 First UK conviction for Female Genital Mutilation – 30 years after the practice was criminalised.

2019 Instagram is removing all images of suicide and self-harm.
2019 The Formosan clouded leopard is seen for the first time since 1983.
2019 The Rockabilly scene bans the Confederate flag from venues.
2019 The State of California imposes a moratorium on carrying out death sentences.

2019 Routine vaccination of girls aged 12 or 13 years against human papillomavirus (HPV) in Scotland has led to a dramatic reduction in cervical disease in later life, finds a new study.

2019 The Mormon church is relaxing its attitude to LGBT people.
2019 Colorado becomes 16th US state to ban gay cure therapy.
2019 No-fault divorce is on its way in the UK.
2019 Arizona repeals a law banning “promotion of homosexual lifestyles”.

Mar 8 2019 A Bill to allow daughters the same succession rights as sons cleared a Commons hurdle this week.

Nov 4 2019 A draft law has been published in Germany aimed at banning "gay conversion therapy".

2019 Taiwan legalises same-sex marriage – the first Asian country to do so.

2019 The German High Court rules antisemitism unconstitutional, the rest of EU  is expected to follow. (Don’t worry, we’ll be out by the time it happens!)

2019 Saudi Arabia relaxes rules forbidding women to travel without the permission of a male relative.

2019 NZ is the first country to legalise paid domestic violence leave – 10 days to leave your partner, taking your children.

2019 A US judge throws out Trump’s order and restores the Obama-era drilling ban in the Arctic.

2019 Australian women's football team the Matildas will earn the same as the Socceroos players, making them the first female team in world football to be guaranteed equal pay.

2019 Rose Hudson-Wilkin is first black woman to become a Church of England bishop.
2019 Victims of forced marriage will no longer be billed for their journey home to the UK.
2019 High Court Judge bans anti-LGBT protests outside school in Birmingham.
2019 Iceland makes it illegal to pay women less than men.

2019 A woman leads the Remembrance service at the Cenotaph for the first time. They had to let her do it – she’s the Bishop of London.

From April 2020,  plastic straws, stirrers and cotton buds will be banned in England.
From September 2020, LGBT-inclusive education will be required in all UK schools.
2021 EU will abandon Daylight Saving Time.

US laws forbidding or limiting Chinese immigration lasted from 1875 to 1965.

Later in 2019: Brunei abandons the death penalty by stoning for gay sex after an international outcry.

My mum was turned away from visiting the Country Club in Trinidad, was the first stewardess and bank worker of colour for Grenada in 1956. All those professions were reserved for white people until that point, as all Caribbean people know. And people still complained. (@edincarib)