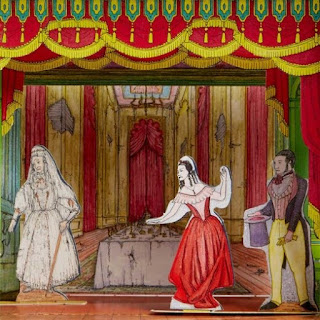 The thatched cottage and village green stereotype associated with Golden Age novels by people who seldom read them... People who did not care to read them were nevertheless happy to make sweeping generalizations about them which contributed to the crude stereotyping of Golden Age fiction that persists to this day... The widespread consensus that Christie and company never questioned the status quo is wildly mistaken. (Martin Edwards)

The main trial, office politics, and home life all have a linked theme. (Goodreads on Rumpole)

There are at least three distinct Campions who haven’t much to do with each other and two Wimseys it can be hard to reconcile. (Mysteryfile.com)

Tiger in the Smoke is Margery Allingham’s best novel. (It was made into a film in the 50s, and is the only one many people have heard of.)

An author wrote a novel that she never liked and everyone agrees is terrible “in order to break a contract with her publisher”. Wikipedia repeats this trope about on Murder Must Advertise, one of Dorothy Sayers’ most brilliant books. (An Amazon commenter adds: "This book was written very quickly to meet a publisher's deadline as she was having trouble with The Nine Taylors.")

Certainly in their unquestioning and usually rural lives, characters do in fact seem to know their place and to be happy in it. (PD James on Golden Age mysteries. Surely there are not a few social climbers in the canon? She opines that in Murder Must Advertise “any sense of the world outside the comfortable confines of conventional English village life was absent... We feel no real pity for the victim, no empathy for the murderer...” (Murder Must Advertise is set entirely in London, and we – and Lord Peter – feel a lot of sympathy for the murderer.)

Have His Carcase is a 1932 locked-room mystery by Dorothy L. Sayers. (Wikipedia. The victim is found lying on a rock in the middle of a lonely beach. The odd title is a translation of the Latin "habeas corpus", the UK law that forbids imprisonment without trial.)

The bogus “intellectuality” of Dorothy L. Sayers, who, like many contemporary detective-story writers, is a novelist manquée who ruins her stuff with literary attitudinising. (Dwight McDonald, A Theory of Mass Culture, 50s)

And in the matter of ideas, subject, theme, problems raised, she [Sayers] similarly performs the best-seller’s function of giving the impression of intellectual activity to readers who would very much dislike that kind of exercise if it were actually presented to them; but of course it is all shadow-boxing. With what an air of unconventionality and play of analysis Miss Sayers handles her topics, but what relief her readers must feel — it is part no doubt of her success — that they are let off with a reassurance that everything is really all right and appearances are what really matter. (QD Leavis And who remembers her?)


One criticism levelled at writers of Golden Age fiction is that they did not illumine our understanding of the Second World War and sometimes wrote as if it was not happening. (Bodies from the Library)


Golden Age stories have often been criticized as implausible, involving as they usually do sophisticated and wealthy people, house parties on estates, and convoluted plots and counter-plots. (Father Brown and Company, James Hitchcock)

Agatha Christie, Ngaio Marsh, Sayers and Allingham are sold as the “Queens of Crime” while male writers in the genre are out of print. Booksellers and publishers make money, while critics can denigrate the whole genre using gendered epithets: tame, dull, cosy, safe etc. One critic of the genre writes under a female pseudonym!