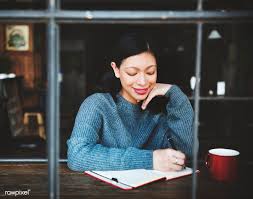 Use a detective story to take readers into an underworld you happen to know about: burlesque, hobos, fairgrounds, circus, theatre...  (Cellini Smith by Robert Reeves)

Never believe what a writer tells you about their work. (Xavier Lechard, paraphrase)

Somehow you can spot the "I want to put a different spin on this genre to make me stand out" author. (Alan Cassady-Bishop)

Greer [challenges] the usual model of books of this kind, in which the author likes to set out in the foreground his or her journey to emotional redemption, with the landscape playing the role of butler and helpmeet. (The Evening Standard on Germaine Greer)

I usually start with a corpse. I then ask myself how the corpse got to be that way and I try to find out — just as the cops would. I plot, loosely, usually a chapter or two ahead, going back to make sure that everything fits — all the clues are in the right places, all the bodies are accounted for... (Police procedural writer Ed McBain)

I notice a couple of writers who have made so much money out of writing in one genre that they decide they're going to change direction and write a multi-volume historical saga, mostly but not always about the Roman empire. (Michael O’Brien)

Why are simply terrible new Poirot/Wimsey stories being published? “Some of the original Poirot books are coming out of copyright. For instance The Mysterious Affair at Styles. So it is to ensure that the Agatha Christie trustees retain some control over the stories. To do this new ones were written using Poirot as the central character. This ensures he can not be used in any other story, film, television without permission. It is the same reason that there are new Peter Wimsey books too. When the need arises I am sure Miss Marple will appear in new stories.” (Ann Williams on Facebook)

Somerset Maugham attributed [his critical non-success] to his lack of "lyrical quality", his small vocabulary, and failure to make expert use of metaphor... Maugham wrote at a time when experimental modernist literature... was gaining increasing popularity and winning critical acclaim. In this context, his plain prose style was criticized as "such a tissue of clichés that one's wonder is finally aroused at the writer's ability to assemble so many and at his unfailing inability to put anything in an individual way". (Wikipedia)

Here's a thing I really dislike: historical novels which exist purely for the author to show off his/her research. (Richard Ashcroft‏)

"He walked the heath reflecting that with only a 15% chance of contracting cholera in a rural area his children had been rather unlucky." (Simon Spanton‏)

"One sunny morning in Florence, Lorenzo woke up and decided to have a Renaissance. The Middle Ages were over, and it was time to paint." (Richard Ashcroft‏)

Per Robin Ince, who has read a lot of Mills and Boon romances so that you don’t have to, the stories are padded out with details about kitchen decor and pasta recipes. Writers for this publisher are given strict guidelines. Surroundings must not be too specific to a class, area or country, because the novels are going to be translated into languages from Finnish to Tagalog. Despite this the writers add quietly upmarket details, like walls painted in “earth colours” and instructions on how to make spaghetti Bolognese. Italian food and muted colours were aspirant in the early 70s when these books were written. The heroine is never going to look round with satisfaction at her walls papered with Chinese pagodas, or whip up an apricot gateau.

Heroines must not be a “cipher”, as in the olden days. Qualifications for non-ciphership are never stated. “Have some personality” states a friend. Perhaps they mean “be a bit more masculine: stroppy, clever, aggressive, argumentative”. Something like Lucy Snowe or Elizabeth Bennett.

Here's a sample of romantic novelists' prose:
As she skittered past Marcus to the door, shock and awe still widened her eyes. With barely a few muttered words of farewell for them she was gone.
“I didn’t intend to frighten her off,” Marcus mildly joked to ease the tense silence that ensued after Maura’s departure.
An exceedingly quizzical look was slanted at him, and Marcus acknowledged it with a grunted laugh.
“Very well, I admit I’m glad your cousin has gone and we may speak in private.”
“So am I,” Jemma endorsed on a sigh. “Although her absence is less necessary than I deemed it to be at first.”
His thick black eyebrows were elevated in imperious enquiry.

It’s assumed that a writer who produces many books over a lifetime grows and matures. But often the early works based on their lives are the ones to read, not the later blockbuster well-researched historical sagas, or their series characters going through the motions one more time.

The “book-club classic” raises “issues” that the group can discuss. Clairvoyance, abuse, religion - this presses all the reading-group buttons, says Joanna Briscoe (The Guardian, 2009). "The classic reading-group novel is becoming eerily familiar. There's the emotion-laden yet strangely distanced tone, the damaged yet courageous protagonist, and the what-if dilemma that's supposed to set the ladies talking. A reader-flattering intellectual strand frequently features, as does a fantastical element involving historical flashbacks or spirits from the past, along with a multi-generational twist and a central emotional conundrum, preferably involving children. But rarely do the characterisation or writing stand up to the strong and often contrived premise, and an air of manipulation often prevails. Emotions run high, yet they read as though they could have been written on a computer programme…"

“Those words of Shelley’s came into her mind, ‘Life, like a dome of many-coloured glass etc’.” The author shows off her erudition, and the reader is flattered. This kind of book is full of: "'Large women shouldn't wear all-over patterns', she thought." It's possible to convey the character’s thoughts in the narration, conversation or a “gentle reader” aside. Or perhaps you never reveal them.

Nell Dunn's slice of life in Battersea in the early 60s (Up the Junction) is written entirely in the present tense. The author just looks and listens – there's no commentary, no inner voices. Mystery writers Raymond Chandler and Dashiell Hammett used the same technique.

Some authors write entire books in another's voice (ventriloquism). Raymond Chandler's books are narrated by detective Philip Marlowe. Perfect valet Jeeves's doings are related to us by his employer, Bertie Wooster (with the help of P.G. Wodehouse). Anita Loos wrote Gentlemen Prefer Blondes in the persona of dim but canny showgirl Lorelei Lee. LL is a gold-digger, but thinks of herself as a refined lady, so there's a further layer of self-deception. (See also Agatha Christie's Absent in the Spring.)

There is a small genre of books in which women tell all about their working lives. Good examples are Betty Macdonald (Anybody Can Do Anything), Alida Baxter (Out On My Ear) and Sylvia Smith (Appleby House). Monica Dickens' stint as a cook in the 30s is well-known. But Joan Rivers on her early struggles (Enter Talking) deserves an honourable mention, and Jilly Cooper's The Common Years. Girls – get an interesting job, keep a diary and one day it will keep you.

My heart sinks when I read the words “comic set piece”.