Euphemisms for "Gay" (in quotes) 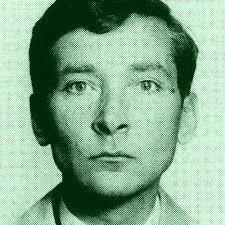 Calling someone epicene is a nice way of saying a pouf. (Kenneth Williams, Diaries. He also complained that people were always calling him "outrageous".)

He never married: He was gay.
Well turned out: He's gay.
(From Robert Hutton's Romps, Tots and Boffins)

flamboyant: Drag artist Danny La Rue is auctioning off part of his flamboyant collection of antiques later this month. (BBC, 13 Jan 04) Flamboyant Nicky is extremely popular with all the new Russians in town.” (Evening Standard, December 6, 2006) Liberace is “the flamboyant piano showman” in The Times, April 13 2013.

flowing: clothes worn by gay men, especially when applied to a garment that can’t possibly flow. “Flamboyant Anja, dancing in a micro-mini and a flowing handkerchief-style top on the stage, is a former first team rugby player and deputy head boy of his school.” (Sunday Times of South Africa 28 Oct 2001) “Take a flat character and make him gay, and all you have are the stereotypical attributes: loose, flowing garments; a somewhat insulting code name; unlikely speech patterns.” (www.quarterbin.net on Truly Awful Comics and a gay character called Extraño)

lavender: Despite all the progress, Ireland is still no lavender-scented utopia in which to be gay. (byjenniferoconnell.com)

perfumed: “It had once decorated the perfumed house shared by Saint Laurent and his partner… on the rue de Babylone.” (Evening Standard magazine, January 8 2010)

sashay: Peter Mandelson has “sashayed” back into the cabinet. (The Daily Telegraph, Oct 08)

waspish: See any reference to fine actor Clifton Webb (1889-1966). “In 1984 [Denholm Elliott] was unforgettably waspish as the dying social lion who dictates his own death notice in The Razor's Edge” [the role played by Clifton Webb in the 1946 version]. (britishcinemagreats.com) “Webb used a sharp tongue and a waspish manner” nytimes.com “Cathcart's waspish art-collector husband (Clifton Webb)” video.tvguide “A waspish journalist who maintained an ambivalent relationship with Laura.” geocities.com “Webb tended to play the familiar waspish character over and over. (conovergenealogy.com) “He was subsequently typecast as a waspish, acidulous, pedantic bachelor” (theoscarsite.com)

More euphemisms here, and links to the rest.
Posted by Lucy R. Fisher at 17:54