Synecdoche: you you refer to the whole of something when you just mean a part of it, or vice versa. "Whole for part, part for whole" is a shorter way of putting it.

He was a famous face. (The whole of him was famous.)
Rendoosia will stand firm! (Its people will.)

Another form of synechdoche is container for the thing contained:

Janet Jackson had a wardrobe malfunction. (it was her clothes that went AWOL.)
The speaker addressed a packed hall. (He addressed the people in it.)
The kettle’s boiled! (It was the water that boiled.)

And then there's thing contained for the container:

Pass the milk. (You mean the bottle the milk's in.)

And how about these? They seem to fit here. An adjective takes in the meaning of a noun it once qualified, but is now usually dropped. If you say "The atmosphere was fraught" or "I’m feeling rather fraught", listeners will understand that the atmosphere was strained, and that you feel tense. The entire phrase "fraught with tension" is taken as read. "Explicit" has come to mean explicitly sexual, "graphic" means graphically violent. Or sometimes a noun from an adjective-noun pair takes on the meaning of the whole.

a travesty (of justice)

albatross for albatross round neck, or millstone (However, many scientists believe the project is a waste of money and will end up an albatross for the medical research community. Guardian February 23, 2006)

astronomical As in "The cost was astronomical", meaning "astronomically high". From the vast numbers bandied about in astronomy.

attitude for bad or negative attitude

Augean task An Augean task is as difficult as cleaning out the Augean stables was for Hercules. He had to complete 10 (or was it 7?) labours, one of which was cleaning out these enchanted stables which became dirtier the more he toiled.
beady for beady eyed “Just ask a few beady questions.” Jeremy Bullmore Guardian 4/7/07 Men will now become such suspicious quarries, beadily eluding marriage. C Bennet, Guardian May 25, 2006

beset for beset by problems

blown out of proportion for blown up out of all proportion (like blowing up a photograph, not a bridge) Guardian December 31, 2005

broached for broached the subject Have you broached x about y? Merriam Webster: to pierce (as a cask) in order to draw the contents; also : to open for the first time b : to open up or break into (as a mine or stores)) When you have broached something you have probably created a breach - once more into the etc.

brooding for “broodingly handsome”. Not at all the same thing as broody.

character building for building good character. Character building experiences - like spending several years at boarding school or abseiling down a cliff face - are always assumed to encourage desirable character traits. A spell in prison might be character building, encouraging the development of aggression, deception, callousness etc. Or would this be destruction of character?

charge for child (means child in your charge)

chronic for chronically ill. (The hospital has a shortage of chronic beds.)

comfortable for comfortably off

conducive for conducive to happiness (It wasn’t very conducive)
Posted by Lucy R. Fisher at 22:32 No comments: 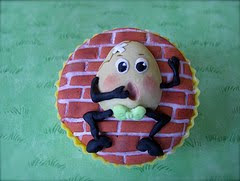 When Alice went Through the Looking Glass she came across a strange poem called Jabberwocky, which was full of unfamiliar words. So when she met egg-head Humpty Dumpty, she asked him what some of them meant. "Slithy", for example. He replied:


Well, "SLITHY" means "lithe and slimy." "Lithe" is the same as "active." You see it's like a portmanteau – there are two meanings packed up into one word.'

These days, we reserve "portmanteau" for two-in-one words – its "suitcase" meaning is no more.

instapundit
locavore
malvertising
mathlete
nonebrity
paydar (sense of who can afford it/who has paid what when)
proglodytes (prog rock fans)
racevestite (Is it because I is black?)
sheeple (Andy Giddings)
skipverts
taxiles 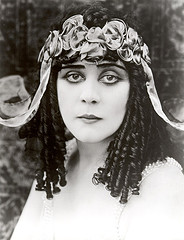 Fog in Channel – Continent Cut Off

How does it feel
to be one of the
beautiful people?

Haven't you always wanted to be one of the in crowd? But if the beautiful people won't have you, how about joining one of these collectives? Collective nouns, that is. 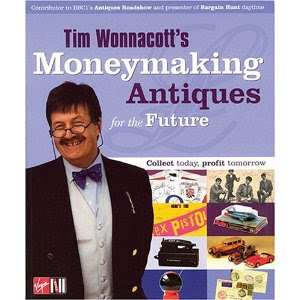 Tim Wonnacott and his bouffanté hairstyle

They look alike, they sound alike and they mean something entirely different.

ambient for atmospheric (what an ambient shot!) Ambient means surrounding. If you say something’s “atmospheric” you mean it calls up ideas and feelings of mystery or menace or the uncanny.

assay for essay Gordon Brown has been assayed by a surprising number of actors G May 12 10 When you essay a role you give it your best shot; you assay gold to see if it is genuine.

blithe to for innocent of? a woman over 25 blithe to the rigours of botox Obs Nov 22 09 Blithe means happy. What are they trying to say? Innocent of botox? Why the “rigours of” botox?
boarding for bordering boarding on painful (Web)

carnage for damage A resident of New Orleans surveys the carnage in the aftermath of Hurricane Katrina G Dec 2009 People think it means wreckage: it means “1.Massive slaughter, as in war; a massacre. 2. Corpses, especially of those killed in battle.”

claque for clique David Aaronovitch Nov 09 A claque is a group of hired applauders; a clique is a closed set of cronies.

cut a caper for cut a figure cut a similarly impressive caper Daily Telegraph Nov 09 To cut a caper is to perform a tricky and acrobatic dance step. To cut a figure, or cut a dash, is to make an impression. He cut quite a figure – from a cut-out paper silhouette?

diamonties, diamontee for diamanté (but you may have to misspell them if you want to buy them on the internet)

eschew for reject or waive (it means avoid)

innate for inane The most vapid, smug and innate commentary that has come out of the “village” for some time. Jonathan Zasloff UCLA

issue in for usher in

novitiate for novice (it’s the condition of being a novice)

reeling from for suffering under or enduring

reign in for rein in high time these parasites were reigned in Times Dec 09. Monarchs reign, you control a horse with reins.

reside for preside Whatever Kingdom she resides over, please tell me so I can avoid it. whatnottocrochet.com

slightless for slightest It doesn’t suit her in the slightless! Timesonline commenter on Mariah Carey’s Oscar dress, April 2010

slipshod for roughshod It’s sad that they’re going to run slipshod over this lovely road. Person quoted in Times Oct 27 09 If you ride roughshod over something, you’re trampling over them on a horse with heavy iron shoes. Somebody slipshod is wearing only backless slippers on their feet and is forced to shuffle about. A slipshod approach is sloppy and ill-thought-out.

spiral for rise Don Justo has been defying all laws of gravity and health and safety – for 50 years to build his spiralling, surreal cathedral outside Madrid Guardian cap Mar 31 10 Perhaps people think “spiralling” (as in inflation) means “going up and up like a spire”. Don’t they know what a spiral is? Have they never seen a spiral staircase or bedspring?

stultifying for stifling David Cameron says health and safety causes a “stultifying blanket of bureaucracy, suspicion and fear” A thick blanket would make it difficult to breathe – but it wouldn’t make you stupid.

the ploy thickens for the plot thickens – Guardian

the writing is on the wally (Web)

vulpine for lupine: Last year Taylor Lautner revealed his true colours in The Twilight Saga: New Moon, assisted by CGI effects that instantaneously transformed the teenage hunk into a vulpine beast. (That would make him a were-fox.)

winnow for worm He winnowed his way into her heart.

wolverine for wolfish "I just like to write about pervert killers with wolverine teeth". James Ellroy, Nov 09 Think he means "wolfish".

Here's a letter that appeared in the London Times this morning. I'd post a link, but the Times has disappeared behind a paywall.

Sir
there is very little hope of conquering binge drinking in this country when the drink culture is so prevalent that even Times columnists refer, in a way that is supposed to be endearing, to their drunken exploits. Caitlin Moran's Magazine article (May 22) about her drunken spree with Lady Gaga was a particularly horrific example, but there are frequently coy references to being hung-over, or staggering home after a "good night out" from many of your writers.
To be against getting drunk is regarded in many quarters as synonymous with unattractive puritanism and until we get rid of this attitude from all sections of society, binge drinking will continue.
Sandra Downes, Stratford upon Avon, June 3 2010