Reasons to Be Cheerful 29 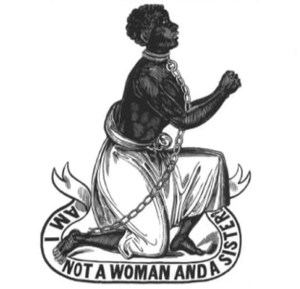 1831 A gigantic revolt of enslaved people began in Jamaica as slaves set fire to the Kensington Estate above Montego Bay. Over the next weeks 60,000 slaves joined. It was put down with savagery but terrified law makers across the empire into action on abolition. (Dan Snow)

1867 Public hangings cease in the UK.

1870 Married women are permitted to continue to hold rented property in their own name.

1932 The Kinder Scout mass trespass, which led to the right to roam in the UK.

Dec 2020 Russia is to revive a Soviet-era network of “sobering-up” stations. Alcohol consumption fell 40 per cent under Putin, but vodka sales have risen 65 percent during lockdown. About 50,000 Russians die each year from binge drinking – some because they fall asleep outside and freeze to death. (Times)


FROM THE INTERNET
In 2020 the ozone hole over the Antarctic closed.
Germany is turning 62 military bases into nature reserves.
Whales returned the Atlantic after 100 years.

48 animal species were saved from extinction, 20 new animal and plant species were discovered, and several thought extinct were rediscovered.

Kazakhstan states its intention to abolish the death penalty.
Saudi Arabia and Palestine ban child marriages.
Scotland will distribute sanitary products for free to all who need them.
Polio has been eradicated in Africa.


2021
VAT on sanitary products is zero-rated in the UK – enabled by exiting the EU. (Since 2015 the 5% tax has gone to charities helping vulnerable women and children, but results were disappointing.)

The State Government of Oyo in Nigeria has declared war on the high incidence of FGM.

Significant decision of Lahore High Court today Jan 4. Justice Ayesha Malik’s judgment declares that the two-finger test and hymen test conducted for the purposes of obtaining the status of the victim’s virginity is a violation of her personal integrity. (@SamuelZimran)

2021 UK government will make it a specific offence for abusers to strangle their partner.

Irish PM apologises over mother and baby homes after damning report issued. (Not damning enough, say survivors, and what happened to our testimony?)

US bans all cotton products and tomatoes from Xinjiang as they are produced using Uyghur forced labour. Marks and Spencer also reject Xinjiang cotton.

The US has its first Catholic president since JFK.
Kamala Harris becomes first woman US Vice-President.

Joe Biden intends to re-unite immigrant children with their families.

Downing Street is drawing up plans to end the centuries-old practice of aristocrats’ titles being inherited only by male descendants. (Times, Feb)

The Tennessee Senate has passed a bill banning boys who identify as girls from competing in girls' school sports. Wisconsin lawmakers have announced they are planning to introduce a similar law. The US Army halts gender-neutral fitness tests.

March
Gloucester university buys the Art Deco Debenhams building in the heart of the city to use as teaching spaces.

The Australian Senate has passed a motion brought by One Nation banning the use of “distorted” gender-neutral language such as “chestfeeding” in official government materials.

New Zealand just approved a new measure allowing for paid leave after miscarriage. The legislation is believed to be among the first in the world, applying to couples who lose a baby at any point. (@the_female_lead)

Just over 20 percent of American evangelicals, or eight million people, left the church between 2016 and 2020. (newrepublic.com. Presumably in response to Trump and the drift to the extreme right.)

Swiss Army is to issue female recruits with women’s underwear.

A Scottish community raises money to buy a grouse moor and turn it into a nature reserve.

Nora al-Matrooshi becomes the first Arab woman to train as an astronaut.

In the US, 16 states have restricted police neck restraints by law since Chauvin used one on George Floyd in May 2020.


LESS THAN CHEERFUL
1575 Last performance of the Chester Cycle of mystery plays.

1959 Archbishop Fisher of Canterbury recommends that adultery should be made a criminal offence. (He also suggested that nuclear war might be God’s way of reducing the surplus population.)

2021
The Garrick Club is still closed to women.

Women QCs often earn much less than men (and a black woman barrister was mistaken for the defendant three times in one day).

The Globe theatre is dispensing with interval breaks. And the Old Vic has made ALL its toilets gender-neutral. Without consultation, The Home Office made many of its shared facilities gender-neutral in 2018. In 2021, women are walking to other departments, or other buildings, to find women-only toilets. Are we back to the days of "Well you can always go down the street to the Kardomah, dear"?

More here and links to the rest. 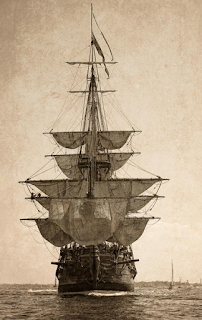 Frequently, writers or speakers add an extra "...er" to a word.

masterhead: Also known as the "flannel panel", the list of staff and their roles at the front of a magazine is called the "masthead". In nautical terms, it means "top of the mast".

forebearers: Your forebears are your forefathers, says the Free Dictionary, deriving the word from "before-be-ers", people who existed before. It also claims that "forebearers may be a word whose time has come". I'm not convinced on either count.

It beggars the question: If you assume that what you're trying to prove has already been proved, you're "begging the question". If you propose something very unlikely, your blue-skies ideas may "beggar belief".

heart-rendering: A tragic scene may be "heart-rending". To rend is to tear, and if you tear something you may leave a rent.

“If there is life hereafter, trees will render asunder my tomb!" These are the words of atheist, Lady Anne Grimston. 200 years later, one of Britain's largest trees grows from the heart of her grave at Tewin's St Peter's church. (@GardenSquareSC) There are many "asunders" in the King James Version of the Bible (cut asunder, put asunder, drive asunder, cleave asunder, break asunder). The veil of the Temple was "rent in twain", and the High Priest "rent his garments".

poker bonnet: The head-coverings with a bag at the back were known as "poke bonnets". (Don’t buy a pig in a poke – you may be sold a pup.) 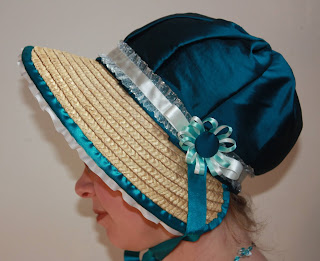 duster coat: Originally a "dust coat" – a long coat that kept the dust of the roads off your clothes as you drove in an open car.

roller neck: In a roll-necked garment, the collar forms a roll.

gallery kitchen: The cramped rooms in which you can do nothing but cook are modelled on a ship's galley.

clapperboard: A clapperboard marks filmed "takes". The planks on the outside of an old cottage form clapboard.

unchartered: Before him, the Red Sea was unchartered territory. (Jewish Chronicle) An area that hasn't been mapped and appears on no chart is "uncharted". Charters are laws – think of Magna Carta.

And in February 2022, "Boris Johnson is drowning in the sewerage he has unleashed upon the country". "Sewerage" would be a network of sewers; "sewage" is meant.


And sometimes we lose the "ed" when we use a past participle as an adjective:

The painting of a Montmartre street has been behind close doors for than 100 years. (BBC)