Punctuation Sometimes Your Better Off Without It 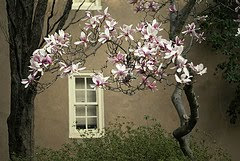 So boring tedious that i had to register with IMDb to warn others against wasting 3 hours and 8mins of theirs lives the film is about a bunch of spoilt Americans with shitty lives moaning about their lot.

all of their problems are self inflicted and the film would have been good if they all died but that would have been a good ending so it didn't happen it rains frogs instead. (IMDB review of Magnolia)

This is clearly a film in which the viewer sees what he wants to see and it has been compared to a wide spectrum of earlier literature not least the Illiad so I'm probably not the first to suggest similarities with Conrad's Heart Of Darkness with John Wayne's Ethan Edwards being a variant of Kurtz. (imdb on The Searchers)

Oh let me die and never mourn upon the joys of long ago with
cankering thoughts the world's forlorn - a wilderness of woe!

For in the grave's dark bed to be though grim and dismal it
appears is sadder not it seems to me than harrowing nights of
tears.
Posted by Lucy R. Fisher at 19:04 No comments: 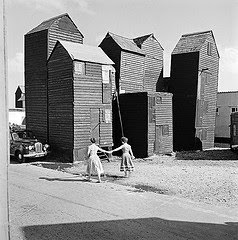 The works of this Swedish/British photographer of architecture were on recently at the Royal Institute of British Architects.

If you like Bernd and Hilla Becher you'll like his work - De Mare snapped follies, iron bridges, Swedish wooden warehouses, weird pyramidal tombstones, rare smock mills, flights of steps, shadows, fog, water, industrial architecture of all kinds. All recorded in abstract compositions of deep black, pale grey and every grade in between. Poetic, romantic and sublime - in the Burkean sense.

His work can be seen in several books, including my favourite, The Functional Tradition in Architecture, with text by J.M. Richards. Not available at amazon, but I found a copy at abebooks.com. All his books seem to be out of print - somebody do something!

Here's a preview of the show at dexigner.com.
Posted by Lucy R. Fisher at 18:34 2 comments: 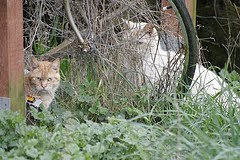 Hyperbole is exaggeration, overstatement or catastrophising.

Catastrophising is more than just exaggeration – it's predicting apocalyptic consequences (especially without showing the steps from A to B). It often involves undefined terms (like barbarism, anarchy, prostitute and destroy). Relaxed divorce laws haven't led to the disappearance of any form of government, and young people are not roaming naked in packs living off raw squirrels.

Understatement (litotes) is much more effective.

The Muslim community centre near Ground Zero is a “stab in the heart” of Americans. (Sarah Palin)

An Iranian newspaper denounced Carla Bruni as a prostitute for petitioning for Ashtiani to be reprieved.

On his website John J. May, author of The Origin of Specious Nonsense, says evolution “cripples sanity, promotes myths and obscures reality”. Sept 13 10 Irish Times "It [evolution] is a toxic poisonous mind virus which destroys the heart's immune system against hope and common sense,” he added.

Religion is an insult to human dignity. Richard Dawkins

If we relax the divorce laws it will lead to anarchy!

This 13-year-old father shows that we have lost all sense of right and wrong!

"This is Stalinism, practically!" David Hockney on the smoking ban. (Times May 9 2009)

When the head of a theological college removed one prayer from a rite, protesters asked: “Why do you want to destroy the prayerbook?”

“Full normalization of homosexuality would eventually mean the end to all morals legislation of any kind." Albert Mohler, quoted in Time Nov 08

The idea of damaging books is morally repulsive!

"The progressive intelligentsia ... have simply written orderly, married, normative family life out of the script, enforced the doctrines of multiculturalism and nonjudgmentalism with the zealotry of the fanatic, and caused Britain to descend into an age of barbarism." Melanie Phillips in the Daily Mail
Posted by Lucy R. Fisher at 20:57 No comments: