Euphemisms about Racism (in Quotes) 5 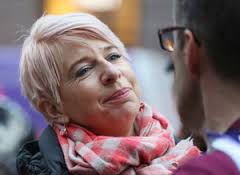 It goes, "I am an expat. You are a migrant. He is a refugee. They are terrorists." (@ClareOBrien) Some people I know see me as an expat rather than a migrant, as I'm 'educated' and 'not on dole'. (@gabywolferink)

Snowflakes: Why can’t they be more racist, like us. (Do You Even Science, Bro)

Migration flow (Church of England document about the election)

A group of American football stars have complained that they were turned away from one of London’s most fashionable night clubs for being “too urban”... a phrase often used as a euphemism for black. (Times)

So yet again, "neutral" is not neutral but a loaded term - a default to white, to Christian (male, straight, middle class, etcetera). (Charlotte L. Riley‏ @lottelydia EU has allowed firms to forbid headscarves.)

"We need to be able to discuss dangerous ideas!"
"I agree. Neoliberalism has run its course and - "
"Ah sorry, I meant: I want to be racist."
(Hot Take, Tim‏ @burgerdrome) 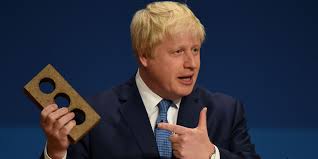 His rivals… were understandably annoyed by his willingness to treat journalism as a creative art, in which in order to convey larger truths, and catch his readers’ attention, he did not scruple to embroider his material. (Translation: Boris made up the EU straight banana.)

Funny the way parties always assume the problem was "we failed to communicate", rather than "people disliked our ideas". (@JonnElledge)

It would be helpful if broadcasters were willing to be a bit patriotic. (Andrea Leadsom to Emily Maitlis after being questioned on Brexit)
Where 'patriotism' somehow means *not* asking pertinent, evidence-based questions about the national interest. (@mrjamesob James O'Brien)

PM spokesman says she "expressed her disappointment" about the Paris Agreement in a phone call with Donald Trump this evening.
This is still pretty weak, even allowing for British understatement ('I'm not angry, I'm disappointed' = 'you bumbling fool'). (@chrislintott)

'I am not political'; 'They are all as bad as each other'; 'All politicians lie'; there are many ways of saying, "Secretly, I vote Tory". (Matt McG‏ @glaikit_f )

Examples of modern jargon...
Deep State = the rule of law
I am troubled. = I will do nothing.
Fake news =  I dislike this.
(@SamWangPhD)

When Republicans and Tories say "choice", they mean "choice between commercial options". (RK)

Iain Duncan Smith hits out at "self-appointed court" that "tried to tell Parliament how to run its business". (@politicshome)
"Self-appointed" being the new way of saying "established by the Constitutional Reform Act 2005". (@alexmassie)

Funny how "hard-working British families" become the scum of the earth when they strike for decent pay, conditions, safety of their service. (@scarlettstuff)

Interesting how any way to protest that is effective is called "not the right way" to protest. (cheddar truckle ‏@emmetbroaders)

Certain mountainous districts in the north, inhabited by small savage tribes, had until recently escaped the clutches of the British, but it is more and more likely that they will meet the same fate as the rest of the country, thanks to the process euphemistically known as ‘peaceful penetration’, which means, in plain English, ‘peaceful annexation’. (George Orwell in an article on Burma)

Suddenly at His Residence, by Christianna Brand 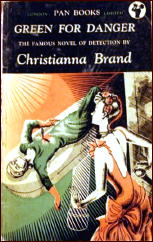 The story concerns a weekend family house party taking place during World War II. The residence is owned by grandfather Richard and his ex-mistress Bella, and is a rather twee shrine to his first wife, a dancer called Serafita.

Present are: Bella; doctor Philip, his wife Ellen and their baby daughter; Claire (who is having an affair with Philip); Peta, a young volunteer nurse, in love with Stephen, the lawyer; Edward, Bella’s grandson, aged about 17 and thought to be “delicate”; Stephen, the lawyer and no relation – in love with Peta but feels he can’t propose as she’s the heiress.

The staff are reduced to Brough the gardener, Mrs Brough and a cook, Mrs Featherstone – known amusingly as “the Turtle” or “the old hag”.

There is scope for social and psychological satire after grandfather is found dead in one of the lodges after threatening to disinherit them all. The lodge is hemmed in by sanded paths that show every footprint, and rose bushes that drop their petals when slightly touched. The girls have visited during the day, but they were all wearing bathing suits owing to the heat and private swimming pool, and couldn’t have concealed the deadly hypodermic. Inspector Cockerill steps in to help, and is not too annoying as he establishes movements and alibis.

EMOTION
The book reveals a lot about current attitudes to emotions and mental health. The boy Edward has been “spoilt”, and encouraged to think he suffers from “fugues and automatism” when he doesn’t know what he is doing. (He may be epileptic and they should send him to a real doctor.) They repeat the myths about mad people being exceptionally strong and cunning, and Philip refers to Edward as a “hysteric” who can faint at will.

When Philip and Claire confess to Ellen that they are in love, she responds with: “My dear Claire - sheer Home Chat!” (Home Chat was a magazine something like People’s Friend.) Ellen preserves an air of ironic detachment, while retreating to her room to sob.

Sir Richard fulminates: “I realize more and more that none of the modern generation have any manners, reticence, or good-feeling!”

Stephen comments: “Claire takes things a bit desperately, always; she’s a bit sort of dramatic!” Both Peta and Claire are accused by the others of “showing off” and being “self-conscious”. Claire “pulls faces”, ie she doesn’t wear the aristocratic mask – “icily regular, splendidly null”. Peta gushes and flutters her hands.

Claire offers to help with the baby. Naturally, Ellen is not keen, but “she would not permit herself to have silly ‘feelings’.” When Sir Richard is found dead, Claire “would not pretend to a grief she did not feel”. Philip, the doctor, reflects that “the words of consolation and support came so glibly to one after a while”. Later, Ellen ponders Claire’s character: “She’s self-centred and not real; she’d have driven him mad with her emotionalism and scenes and play-acting.”

The constant denigrating of expressions of emotion as "hysterical" provided a template. Despite all this determined repression of feelings as “silly”, “unreal” and probably “common”, this family have constant emotional rows, especially over meals. “We had a great scene out here!” says Edward. “We all got most terribly emotional.” Emotions were seen as forces that must be controlled, or they would take you over and make you do ridiculous and "theatrical" things. See "fugues and automatism" again.

DÉCOR AND CLASS
Although there’s a war on, a tray carried across a garden by the elderly Mrs Featherstone is still “laden with the massive silver dishes which had appeared to a little ballet-dancer the hallmark of respectability”. The dishes even have heavy silver covers. Mrs F uses the word “oblige”. This was a running joke about cleaners: they pretended they were just “obliging” their lady employers, rather than working because they needed the money. When called to the witness stand, Mrs F proceeds “with a series of strange little bobs and curtsies”.

Brough, the gardener, is “ignorant and illiterate” and always opining about this and that. He refers to his wife “working her fingers to the bone for them as was born equal with us, I says, and by rights ought to be waiting on us, not us on them.” Like so many, he misunderstands “equality”, but he has a point.

At the inquest, the family are forced to mingle with “little men in shiny suits”. The coroner looks like a hippo, and polishes his nails in public (on his lapel?).

The drawing room in the big house is “cool”, with blue and white linen “summer curtains”, and grey and blue chintz, only marred by the simpering portrait of Serafita in pink. Mrs Brough has a “stuffy little parlour. Ugly lace curtains kept out the brave morning sunshine, and everywhere were fringes and bobbles and hideous china plates.” Bella regrets her little house in Yarmouth with its yellow front door. She has always felt awkward in the big house where her only task is to “do the flowers”.

Ellen prides herself "a little, and not offensively, on taking an intelligent interest (for a woman) in the progress of the war".

I defy you to work out who dunnit and how (the characters discuss the possibility of transporting poison in a fountain pen), but the identity of the murderer is cleverly salted. The denouement is splendidly over the top. It's an amusing read and almost as good as Green for Danger.

Scythians
British MuseumLondon
The Scythians roamed Siberia between 900 and 200 BC. They were artists, metal-workers and observers of the natural world. Some of their tombs in the frozen tundra have preserved leather shoes and clothes, wooden head-dresses and even skin tattooed with leaping, semi-abstract animals. Many cultures borrowed from their art, including the Celts.

CanalettoQueen's Gallery
Buckingham Palace
to 12 November
The Queen is letting us admire her fabulous collection of early Canalettos.

Jasper Johns
Royal AcademyLondon
23 September-10 December
Johns shocked gallery-goers in the 60s with his ironic version of the American flag in thick paint, and his use of targets, numbers and maps as subject matter. He included household objects and the human figure, moving into abstraction in the 70s. Since then he has used Greek vases, slanting rain and images from painters such as Grunewald and Munch to explore sexuality and memory. "Robert Rauschenberg and Jasper Johns defined the quiet cool of gay culture," says The Daily Beast. This is his first British retrospective for 40 years.

Hayward Gallery
Southbank
London
25 Jan 2018
The blocky concrete masterpiece, inspired by World War II bunkers and gun emplacements, will reopen in January with a major retrospective of photographer Andreas Gursky, known for his panoramic views of public housing, humans in the mass, and regimented beach umbrellas.

A Different Light: British Neo-Romanticism
Pallant House
Chichester
To 24 September
Between the wars, British artists like Paul Nash and John Piper looked back to William Blake and Samuel Palmer, and imbued landscape and buildings with "the light that never was on sea or land".

Austin Osman Spare
The Last Tuesday society
Mare Street
East London
Spare's portrait drawings are exquisite. He was a friend of the notorious Aleister Crowley and created his own language of magical sigils.

Hackney Museum
1 Reading Lane
London
E8 1GQ
Lived in London all my life and never knew Hackney had a museum.

The National Gallery of Dublin has re-opened, displaying restored and conserved pictures. 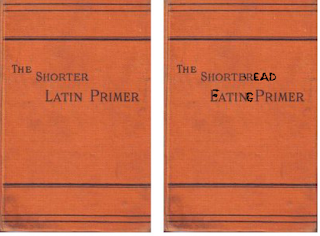 Kids today – they don't learn Latin any more! And they don't understand the Latin abbreviations that used to be widely used. Here's a quick guide.

AD: Anno Domini or "year of the Lord". It's 2017 AD, or 2017 since Jesus was born in Year One, according Dionysius Exiguus, who worked it out our dating system in the 6th century. Alternatively, you can replace AD with CE (Common Era), and BC (Before Christ) with BCE (Before the Common Era).

am and pm: Before and after noon (ante and post meridian)

c. or circa: about, around

etc., etcetera: and the rest

pa, per annum: per year

per cent: for each hundred

PS, post scriptum: postscript (And when we wrote letters, we sometimes added a PTO at the bottom, meaning "please turn over".)

QED, quod erat demonstrandum: You can't argue with that!

Latin words that end in A (larva, vertebra) have plurals ending in AE (larvae, vertebrae).
Posted by Lucy R. Fisher at 14:58 No comments: