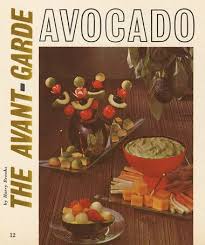 As society becomes more liberal, there are fewer legitimate hate figures. But we’ve got to sneer at somebody - haven’t we? There are groups of people you only have to mention, or make a feeble joke about, to get admiring laughs. If anybody points out that the sneer targets don’t really exist, or don’t do what they are rumoured to do, and even if they did it wouldn’t be funny, the original jokester is outraged.

So who can we sneer at?

Tescos and the people who shop there.
Those awful people in front of me in the checkout queue.

“Feral” children who run around and shout while their parents ignore them or fail to “keep them under control”.

Kids today (And some people even used the Grenfell disaster to point out that young people ought to imitate firefighters, not pop stars or footballers.)

Vegans (It's OK to tell complicated unfunny jokes and shaggy dog stories about them, and share them will all your friends on Facebook. It used to be "vegetarians".)

Here’s a quick question for my vegan friends: I’ve been buying vegan cheese and milk for two weeks now, and been learning how to cook a wide range of non-meat and non-dairy dishes. My question is, how much does it cost to go to one of those Swiss clinics? (Via Twitter. The jokes are always as funny as this.)

The Beckhams (He has a high voice and tiny eyes, apparently.)

Public mourners (Who stage silent demonstrations after disasters or terrorist attacks, and leave flowers at the scene.)

Coca Cola (The bubbles are evil because the company is a branch of US imperialism and the stuff is "so aggressively marketed".)

the media (always "panicking" and "over-reacting" about the weather) 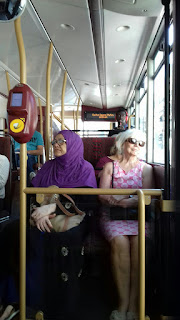 Some of these comments are anonymous, but they are a paraphrase of views I've seen or heard expressed. I don't agree with any of them.

Anti-Semitism is not a problem because...

They're white.
They're rich.
And they run the world.

Many Jews are not Zionists, so generalizing about Zionists is not anti-Semitism.

Why aren’t you accusing the Tories of anti-Semitism? Or Islamophobia?

The IHRA definition of anti-Semitism is unnecessary.

There is no anti-Semitism in the Labour Party, it’s just an attack on Corbyn.

Jews are not Semitic, They are Khazarian (Ashkenazic, European). The Only Semitic Jews are Sephardis. (Via the Urban Dictionary. DNA evidence disproves this theory.)

Really, there is no such thing as anti-Semitism.

Why have the Jewish people been persecuted over and over again throughout history. Why? I never get an answer. If we discussed this we would be accused of anti-Semitism, so better not, and so it goes on! (Baroness Jenny Tonge)

The Washington Post reported on White’s comments on his public Facebook page espousing a conspiracy theory linking the Rothschild family — a Jewish banking dynasty and frequent target of anti-Semitic propaganda — with a murky plot of climate manipulation. White later apologized and said he did not realize Jews might consider his comments offensive.

Since the dawning of the period of neo-liberal capitalism in the 1970s, elements of the Jewish-Zionist bourgeoisie, from Milton Friedman to Henry Kissinger to the pro-Israel ideologues of the War on Terror, have played a vanguard role for the capitalist offensive against the workers. (Gerry Downing)

[Yanny Bruere] tweeted 'Jews run the world', then complains when he's branded an anti-Semite. He's appearing on TV beside a balloon he's been allowed to fly, then complains he's been 'shut down'. (@IanDunt And his tweets were “taken out of context”. The balloon was a caricature of Sadiq Khan.)

John McDonnell tells journalists it’s been “frustrating” that Labour have been unable to get their message across this summer because of “heart-rending” difficulties with anti-semitism.” (@AdamBienkov)

What is racism, really? (Nigel Biggar)

You can accept that racism and prejudice exist in the abstract, provided you never concede that anything anybody ever actually says, does or thinks is a specific example of prejudice. (Theovertake.com)

"These new immigrants aren't like the old immigrants." Every Generation of White People Ever. (@dmichellebz)

Racism and sexism are just words that have been weaponised by the [bleeding-heart liberals, latte-sipping Marxists, Corbyniotes etc].

“People of colour” is meaningless because we are all some colour or other. There are no black and white people – they’re brown and pinky-brown, therefore nobody can be racist.

White man: “Calling me a ‘white man’ is racism and white bashing!”

It’s the Chinese and Nigerians who leave litter on beaches!

We can’t be too nice to immigrants or there'll be a racist backlash.

If called out, or even arrested, for racism, claim to be a “performance artist”.

And if you still have trouble understanding irony, read my book.