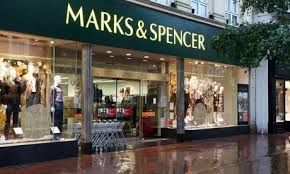 In Marks & Spencer: You’re a bit of a weakling, aren’t you, Angelica?

At John Lewis: We can buy terracotta lookalikes – the other can go in the drainpipe area.

In the park: I got a special chicken to get into Kew Gardens. I went four times.

In the street: Have you seen Bruce Lee play ping pong with a nunchuck?

After helping elderly ladies find their stop:
Lady: "See. I told you to ask the goth girl. Goth girls are always nice."
(@hburgur)

A girl on my bus just said “I can’t look at halloumi anymore because it just reminds me of him”.  (@cechitch)

Trying to keep the status quo on the level. (@IntervalThinks)

Two ladies at an 80th bday party:
'I like to keep the brain going with Sudoku.'
'Do you dear? I find it frightfully dull after Bletchley.'
(@childs_jessie)

In Glastonbury: So I said I wanted to visit Bethlehem and we did, but it was just like Bridgwater. (LW)

Just overheard a woman say, "Please excuse my fingernails, I had to hitchhike here." (@Greebobek)

A small boy charged past me in Tesco this morning shouting "Baked beans here I come!" (LW)

I am in the shop. It is late in the afternoon. From the darkness outside in piercing South Welsh tones: "Well, what do you always need? You always need a taxidermy shop! Always!" (LW)

Caught snippet of suity conv in street “It injects a note of fun, in my humble opinion”. (@lucyfishwife)

No, I spent all my money on yogurt. (@celestialweasel)

Tube driver: There’s currently no interchange to the Central line at Holborn. I don’t know what the point of Holborn is without the interchange but there you go. 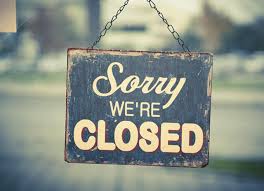 It was a lovely time; as long as you weren't working class, black, gay, eligible for conscription, pregnant and unmarried, disabled etc etc. (@Lord_Steerforth)

Inequality, much stronger class bias, a stronger tendency to cover up and be less accountable. (SP)

Britain 1949 when even happiness was as rationed as tightly as sweets. (Harry Leslie Smith)

In 1956 Stephen McGann’s mother, aged 21, had twin boys who died. “She never got a chance to hold her dead babies and was never told by her husband where they were buried. Instead, she was warned by doctors she must stop grieving, or she would be given electroconvulsive therapy.”

Early closing Wednesdays, everything shut on a Sunday.

Keep Off the Grass, No Ball Games, and the whole jobsworth culture that went with them.

People saying “What you don’t know can’t hurt you” and “No sense, no feeling”.

Agony aunts told women to return to their abusive husbands (“You know where your duty lies, my dear.”).

Men had the upper hand, legally and financially. Many of them had been in the army where there is a top-down hierarchy, and expected to be obeyed. Wives and children had only recently (20s) ceased to be a man’s possessions. Heads of households could be little Hitlers in their own domains, and the more they isolated their family, the more power they had. (My father used to accuse me of "dumb insolence".)

Parents could always find reasons for constantly denigrating, never praising, their children (stops them “getting above themselves”). Cruelty and bullying were common in offices and institutions. Children had few legal rights.

Everywhere a hierarchy was possible, there was a rigid hierarchy, with deferring up and bullying down. It’s less fun when it’s you doing the deferring. No wonder we got the self-esteem movement in the 70s and 80s, and tried to abolish hierarchies.

Adults believed that children were tough, they didn’t remember, they “got over” things quickly. This was convenient for the adults.

In 1962 (the 50s were still going on), child expert Walter W. Sackett Jr insisted that a baby can't learn that it'll get everything it wants in an instant. He equated soothing a crying baby to "sowing the seeds of socialism." (Grunge.com)

Laughing at disasters that happened to other people was routine. When I didn't laugh, I was accused of having no sense of humour. I also hated people to laugh at ME. Perhaps they were trying to train me not to mind being laughed at, by forcing me to laugh at other unfortunates.

Ridiculing children was always excused, but satire directed at the status quo was frowned on and even officially censored, and nobody made fun of the royal family because “they can’t answer back”. The establishment and the royal family had feelings that must be considered, but children were fair game. In fact, laughing at them was good for them.

You couldn’t swim or even paddle for three hours after you’d eaten. If you did, you’d get stomach cramps and drown. There were even leaflets with diagrams. It was reduced to an hour, then forgotten.

Problems were treated by ignoring them. Because you only thought you had a problem in the first place.

There was no hugging, no social kissing – hardly any hand-shaking. Parents barely hugged their children (warned off the idea by those child experts), siblings and friends didn’t hug. At boarding school there was a strict no-touching policy. And you couldn’t even say “pleased to meet you”! But then we had to go to teenage parties and snog total strangers.

My parents reluctantly bought me the Meccano set I wanted, but wouldn’t buy me a Barbie.


FOOD
You were supposed to stop eating while you were still hungry.

We had fruit cake for birthday cakes, even though we got the occasional Victoria sponge as a treat. We didn’t like fruitcake – dry, tasteless, chewy, the only nice bit was the icing.

If you dared to ask for a glass of water in a restaurant or cafe it was brought grudgingly or not at all. If it arrived it was tepid and tasted of chlorine. There was no free water at the bar of the Royal Festival Hall, no bottled water on sale. But you could always ask a chemist for a glass of water to take an aspirin, and there were drinking water taps in most public conveniences. There were also a few functioning Victorian water fountains. (And we hydrated with endless cups of tea.)

More here, and links to the rest.
Posted by Lucy R. Fisher at 13:53 No comments: 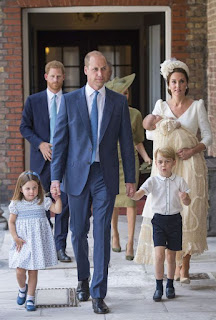 Crossrail supposed to open Dec 9, doesn’t, chairman resigns. Transport for London proceeds with bus route cancellations because we can all travel by Crossrail now.

“Nobody cares about Brexit – they just want the whole thing to be over.” (Polls and vox pops disagree.)

the meaningful vote (What would a meaningless vote be like?)

People accuse each other of “ruining Christmas” – because they bought the wrong kind of tree, etc.

First sighting of “identifies as on the autistic spectrum”.

Meghan constantly accused of “breaking protocol” for wearing dark nail varnish, an off-the-shoulder dress etc. There are no such protocols. (But will she dress the baby in those strange royal time-warp 50s clothes?)

cheerleader
Leadership now means something like assertiveness or confidence.

Comments on a charity appeal: What these people need is contraception, charity begins at home, none of the money goes to the refugees.

When people say “Facebook is bad”, they’re not talking about using it, but about regulations and Steve Zuckerberg. (Click on the three faint grey dots.)

"Chaos" and "pandemonium" as planes grounded by drone at Gatwick. Oh, now the drone was a hallucination and the media reaction was just hysteria as usual.

There’s no point banning plastic straws because reasons. (Spent half of my rent money on this gin drink at the Four Seasons only for this sickening paper straw to dissolve in my mouth lmao. Liberalism is a joke. @amber_athey)

redlining (Something about American cities confining housing and industry to separate areas – or is it class-based? Turning up in the Brexit debate as the EU says "thus far and no further".)