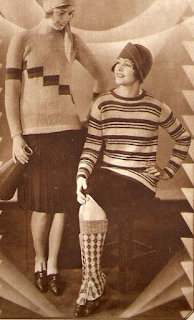 I recently reread Clouds of Witness after a long gap. It is Sayers' second mystery, after Whose Body? Here we meet Peter's family: his elder brother, the Duke of Denver; his beautiful blonde sister Mary; and his scatty mother, whose ramblings can be pretty pointed.

I remember when I first read this book, aged 13, I was baffled by Gerald's alibi, and by Dennis's private life, but I felt deeply for the characters – particularly Peter. He certainly suffers in this book, being shot in the shoulder (and recovering in three days), and then falling into a quagmire straight out of Hound of the Baskervilles. This time around, I could follow the plot.

Peter's level-headed friend, the detective Charles Parker, falls for Mary and begins to talk like a contemporary romantic novelist: How should a big, chivalrous nature like hers see through a man like that? She's so sincere and thorough herself, she judges everyone by the same standard!

One of the best scenes takes place in the Soviet Club, which reminds Peter of "mission teas". He is taken there by a friend of Mary's known only as "Miss Tarrant", who has bobbed red hair and a large beret. They have dinner at a refectory table and Miss T's wooden beads constantly fall into the soup.

As always with this author, her characters throw out literary allusions and Latin legal terms, leaving the reader to catch up. One vital piece of evidence is a long letter in French.

Lord Peter speaking: There, sittin' up quietly on the bathroom shelf among the bath salts and the Elliman's embrocation and the Kruschen feelings and the toothbrushes and things, was the family bottle of ipecacuanha—three-quarters empty!

He means "Kruschen Salts" – something like Eno’s Fruit Salts or Andrew's Liver Salts, if you remember them. Kruschen were advertised with “Get that Kruschen feeling!” Sayers had been an advertising copywriter: is this slogan one of hers?

The Dowager Duchess: You know, Peter, if you will haunt low places full of Russians and sucking Socialists taking themselves seriously...

Is this shorthand for “blood-sucking Socialists”, as they have sometimes been called? More recently they’ve been called “syrup-sucking” and “cappuccino-sucking”.

It may help to know that a "stumer" is a flop or a dud cheque, and an Onoto is a kind of fountain pen. Saddlebag chairs were made of ornate Turkish carpeting, not leather. The "German shells" on Dennis Cathcart’s mantelpiece are WWI ordnance, not seashells. Boddy jackets were a lifejackets.

Sayers' unnecessary anti-Semitism occurs in passing: A young lady, who had just finished selling an engagement ring to an obese and elderly Jew...

Freddy Arbuthnot, who reappears in this story, eventually marries Rachel Levy. He and Wimsey discuss the wedding drill ("You keep your hat on"), but the couple could not have married in a synagogue unless Freddy converted.

More on Sayers here, and links to the rest.