The Demon Drink 5: Should You Drink in Front of the Kids? 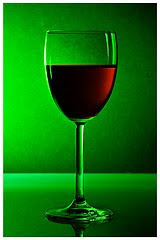 Obviously there must be parents somewhere who are bringing up their children without enormous glasses of wine in their hands, but I just haven’t met any. Theoretically I suppose it’s possible for a family to pass a weekend without visiting a gastropub; it’s just hard to picture.

My wife and I are part of a generation who are more open about drinking than our parents. A typical middle-class family; life is wholesome, happy, and gently marinated in booze. Anyone at a music festival this summer will have seen similar families annexing vast tracts of field with tartan blankets and chilled white. We don’t see our children as a reason to stop drinking, we see them as people who can bring us more pistachios from the bar.

But is this entirely wise? What kind of messages are we giving them? Earlier this month the Red Cross launched a campaign to give teens the life-saving skills needed to cope with an alcohol-related emergency. The organisation says that one in ten 11 to 16-year-olds has been left to cope with a drunken friend who was sick, injured or unconscious. Are we creating irresponsible teenage drinkers? Is our liberal honesty simply self-indulgence?

I ask Dr Linda Papadopoulos, a psychologist, who says that turning alcohol into a desirable and mysterious forbidden fruit is a mistake. “If you vilify alcohol too much then drink becomes a rite of passage,” she says. “This idea of being in the gastropub and demystifying drink and seeing it used responsibly is a good thing.”

Papadopoulos assumes that because we are middle-class drinkers our consumption is sensible. In a way my wife and I make the same assumption. But if I stop to question those pub outings, the idyllic image we present is only half the story.

With the first magical pint I am a more relaxed version of myself. By the second I am joking, laughing easily, doing “a funny voice”. The third means that I’m Captain Fun.

But later we’re at home. Captain Fun is tired and he’s heading for an armchair. He doesn’t want to play football. Then he’s asleep on a precious Saturday afternoon when he could be with his family.

Rosemary Duff, of the research company ChildWise, carried out a survey of children’s attitudes to parental drinking earlier this year for the BBC. She found that 30 per cent of children felt scared when their parents drink (not mine, by the way; I asked — they laughed) and one of the biggest fears for the children of drinkers was that their parents were damaging their health.

Dr Sal Severe is an educational psychologist based in Arizona — author of the neatly titled How to Behave so Your Children Will, Too! — and has little time for my approach to family boozing. He rejects the idea that the affluent are immune to drink issues.

“You get more problems in lower-income families where people use alcohol to self-medicate and ease the pain of not being able to pay the bills, but in higher-income families they are more indulgent when it comes to drink and drugs — it crosses all classes.”

He warns against using booze to ease the stresses of everyday parenting. “We call it Arsenic Hour here in the States — this is the time before dinner when the kids arrive home from school, they have to do their homework and you have to make dinner. It’s chaotic. Having a glass of wine is fine, as long as you don’t have one every 15 minutes.”

Dr Severe sees an alarming change in the children of problem drinkers as they move into their teens, a reminder that we are all role models. “When the children of alcoholics are about 12 they hate their parents’ behaviour but, sure enough, by the time they’re 18 they’re addicted too.”

Hopefully far from dependency myself, I do have a confusion about what I should tell them about my more adventurous evenings out. To put these in perspective they do not take place every week. In fact, for much of the week I don’t touch a drop — I’m a keen gym-goer and brown rice puritan. However, I’m also British and every now and then I will go out and drink sensibly ... before getting totally smashed.

I’m not proud of this, nor am I ashamed. I know my safe limits, I do not fight, shout or make sexual advances to people who aren’t my wife. I talk rubbish, laugh and perform age-inappropriate dance moves with trusted friends.

What should I say to my children about our nation’s favourite leisure pursuit? To depict my behaviour as an error of judgment is dishonest — some of the best nights of my life have been facilitated by Guinness. But on the other hand, I would hate my children to join the millions of teen drinkers bumbling into danger.

I’m frank about the good and the bad of bingeing. We have the Blanket of Death in our house — this is the Sunday morning shroud worn when Mummy or Daddy has a “special headache”. The children jump on us when we wear the Blanket of Death, often gleefully banging percussion instruments. They know we had a good time, that there is a price to pay and that maracas are unwelcome before midday.

Susan Foster, of the National Centre on Addiction and Substance Abuse at Columbia University, questions our open approach. “I don’t know that it’s necessary to share drinking stories with your children. If they ask, then you have to wonder, why they are asking?” Plagued now with guilt and liberal self-loathing, I finally decide to ask my children if they feel there are downsides to Mummy and Daddy drinking. My daughter nods. I lean towards her, eager to hear her pain, ready to apologise and alter my behaviour for ever. Rolling her eyes, my 11-year-old says: “Mummy sang karaoke on holiday, it was sooo embarrassing.” I suspect that we haven’t seen the last of Captain Fun and his musical partner.

More about the demon drink here, and links to the rest.

Say What You Mean (Euphemisms) 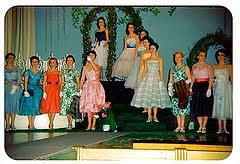 choice = Choice is considered a dirty word by many educationalists but parents – weirdly enough – are actually quite keen to push their children into better schools. This site helps them beat the system. Daily Telegraph Aug 10

speak out = give liberal viewpoint

tension/tumult/turmoil all euphemisms for “trouble” (and “troubled” is a euphemism for mad, criminal, drunk etc)

Women [who marry a man plainer than themselves] want a man who’s positive and supportive. Or, to use another word, grateful. Carol Midgley Times Sep 16 10

More here, and links to the rest.
Posted by Lucy R. Fisher at 10:20 No comments:

Camp as a row of tents

What else can you call these? Leaping from the metaphorical to the literal? I thought the Greeks might have had a word for it, but if they did I can't find it. Read on, and you'll get the idea.

a few stops short of Barking
bent as a safety pin
camp as a row of tents
Can steal a scene without leaving fingerprints. (Richard Corliss)
cool as Antarctica
couldn’t carry a tune in a bucket
crooked: “more crooked than the angle A” Nigel Molesworth (How to be Topp ect by Geoffrey Willans) on his nemesis Sigismund the Mad Maths Master
dated: Looks more dated than Ulrika Johnson before she married that man off Mr. Right.
edge: “more edge than a circular saw” Fiachra Gibbons on Nick Hytner G September 26, 2003
fawn: Sebastian fawns better than Bambi
gay as laughing gas
he took every biscuit in the shop
How does that strike you? Wiv a sickenin’ thud?
John and Lionel Barrymore devour more scenery than a colony of termites. IMDB (sometimes chew, nestful)
lie like a flatfish
lie like a rug
low: If her IQ was any lower she’d trip over it.
low: so low he could crawl under a snake
more front than Sainsbury’s
moths "turn their antennae up at synthetic fibres" Times July 19 07
naval: as naval as a belly button
out like a light
so bent/crooked he could hide behind a spiral staircase
so crooked he can’t lie straight in bed
somewhere north of Cheapside
straight as a banana (or does that belong with "cuddly as a rolled-steel joist"?)
straight as a Roman road
strike: even the clocks are on strike
that sound you hear is Channel 4 pushing its luck Nancy Banks Smith in the Guardian
the plot contains more holes than a Swiss cheese
The wine flowed like cement.
three that spring athletically to mind are...
turn down: he turned me down like a bedspread
wafer-thin plot
Went down like a lead balloon
Word comes that the city of Seattle has been rocked (well, jiggled) by a smiley face scandal. straightdope.com
You need proper charts, a year’s supply of baked beans and Sir Ernest Shackleton if you’ve any hope of finding the plot. James Christopher, Times November 27, 2007 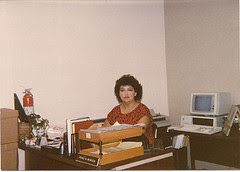 “kitchens” in offices consisting of a kettle on the floor, jars of coffee on a filing cabinet, and dirty mugs in a wash-hand basin?
bedsits
breach of promise

More here, and links to the rest.
Posted by Lucy R. Fisher at 22:50 No comments: 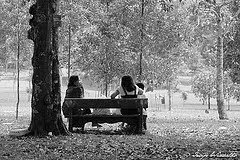 He said, she said, he said... it gets boring after a while. But what do you substitute? He snapped, she interjected, he opined, they averred? Fortunately there are alternatives that are neither dull or cheesy (combine with adverb for maximum effect). I mean to say...

bitch (“Nice video, shame about the song,” they bitched.)
bleat (bleating about plastic bags Time April 3, 2008)
blether "Ideally I'd love to be like Liz Hurley and do the highbrow campaigns," Jordan blethered. "But the truth is, they never come to me." thefreelibrary.com
bray (what the upper classes do)
cheep ("Hi," she cheeped even more cheerfully than usual. "How are you two?")
chirp (She chirped excitedly. "I'm Alice, nice to meet you!)
chirrup (She chirruped away to Harpers that she has ‘acquired a domestic life'.)
enthuse (He enthused: "I absolutely love the show. John Barrowman on Glee)
flannel ("My resume was very much filled in at the last minute" he flannelled. "I'm just a likeable person who can get on with anyone at any level.")
flute (‘For a philosopher, failure is much more important than success,’ he fluted. Will Self in the LRB 25 Feb 2010)
froth (she frothed)
gibber (When the critical moment came he funked it and instead of proposing marriage he gibbered about newts until Madeline went back indoors. thevervoid.com recounts a Jeeves and Wooster plot)
gripe ("All she could think about was herself and her pride and her ego," he griped. thisisbrandx.com)
gush (“I love your designs, they're so unique,” she gushed about the luxurious goodies. celebritybabyscoop.com)
harrumph (Such a position, he harrumphed, was "simply not sustainable.")
huff ("No, I most certainly will not give you my name," she huffed. ezinearticles.com)
intone ('People wore suits all the time, it was the norm; there was none of this jeans business' he intoned. londonist.com)
jabber (Sathnam Sanghera on what dates do)
keen (equal opportunity keening - Time)
make the right noises (about working on the marriage)
maunder (Wordsworth maundering on about daffodils)
mither (if you’re Alan Bennett)
mouth (Unsupervised, they can act in their own self-interest, while mouthing pieties of the greater good they claim to serve)
pomp while Patrick Stewart “pomped away about art” Andrew Billen T June 14 10
spout (He was then reported as spouting the usual green gibberish about pollution and the Earth's dwindling resources. www.brookesnews.com)
trill (When she first unveiled her new hairstyle, she trilled: "I was complimented by eight MPs and two ministers... Daily Mail 07)
Posted by Lucy R. Fisher at 23:21 No comments: