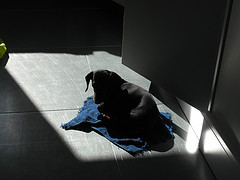 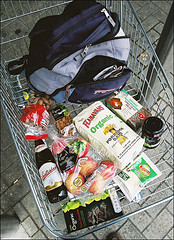 After a couple of weeks of ready meals for one… It’s no fun being on your own. Suzi Godson Times June 23 12

Food shopping for one has a doomed, fated feeling about it. Newly divorced Ewan Morrison, Times May 15, 2012

I’ve made a few friends in the five years I’ve been here, but it’s hard to break into established circles. Women regretting she’s an expat, Guardian June 23 12

When I was younger, all my friends would have boyfriends and I’d be the one that goes along with them and stands around waiting. So embarrassing! Actress Ami Metcalf, Times June 25 12

At the child guidance clinic I was struck by a similar indifference to outcome. Eventually I became concerned that I could see little evidence that the children and families who attended received any benefit; in fact, the majority defaulted on their attendance after a few appointments, usually one or two. It seemed to me that the people working there should have been questioning the validity and utility of the theory and practices to which they adhered. Michael Heap, The Skeptic, June 2012

Yes at the end of the road of Buddhism, what you gain is totally nothing and nothing is what you gain. You will understand the working of the universe, it comes from nothing and goes to nothing. Commenter on Youtube

Everyone is into having kids. Larry Lamb on the One Show June 6 12

You might be “seeing” someone, but it does not correspond that said party is “seeing” you. Hannah Betts, Things You Only Know When You’re Single, Times June 2012

The problem with an enlightened approach to sex is you're probably sleeping with a guy and have no idea if he's your boyfriend. Deanna Kizis, How to Meet Cute Boys

I couldn’t work out what people who weren’t in a relationship did with their spare time. Deanna Kizis, How to Meet Cute Boys

It must look like a chance encounter. I mean, any guy who sees a girl walking purposefully towards him at a party will probably think she’s either desperate or a crazy person. Deanna Kizis, How to Meet Cute Boys

I figured it was too soon to introduce him to Mother – that would seem too couple-y. Deanna Kizis, How to Meet Cute Boys

Charlie Stait: How do you get your confidence back, Colin Montgomerie? CM: By playing well. BBC Breakfast May 17, 2012

IS THERE LIFE AFTER BIRTH?

Everybody needs somebody – to despise.

If the shoe fits - buy them in every colour.

Laugh at your problems, everybody else does. (Or is it “Learn to laugh at yourself – we have!”)

Never look back, unless being stalked on the moors or dark streets. ‏@Zajdek

The best things in life are free. The worst are £27.99. Hamish Thompson @Suburbman

The only person who can stop you getting what you want is you. And that store detective. @GreySkyThinking

The race may not always be to the swift nor the victory to the strong, but that's how you bet. Damon Runyon

Those who shout the loudest often get pointed at. Eric Bachelor

Art has always been the raft onto which we climb to save our sanity. I don't see a different purpose for it now. Dorothea Tanning (See many other statements beginning "Art is...".)

Architecture is a veritable oratory of power made by form. Nietzsche (Thought it was "frozen music".)

"Einstein" quotes are all designed to make you feel bad about yourself. davidwrotethis.wordpress.com/

The life-changing message of Zinsser’s On Writing Well is: simplify your language and thereby find your humanity.


A lie is a lie even if everyone believes it. The truth is the truth even if nobody believes it.

All you need is love (and perhaps food, water and oxygen...) @MInouChatte

All’s fair in love and war (We have a set of rules about moral behaviour, but they’re just ideals, because “love and war” covers all human activity.)

He who laughs last has only just got the joke.

Herbert Spencer’s books were phenomenally popular, because he stuck to opaque but calming generalisations. The Register, Jan 2012

Homeopathy is to medicine as air guitar is to music.

Only posh people get away with wearing salmon pink trousers. @pauljmcg

Only posh people have underfloor heating and olive dishes. @TeeCee_Baby

RESISTANCE IS NOT FUTILE. It's voltage divided by current.

Terribly sincere and sincerely terrible. Nigel Andrews in the FT on Mother and Child Jan 2012

The old-fashioned returns in time as the picturesque. @AgathaChristie

There are bands who have got back together and made new records who shouldn't have. Member of Orchestral Manoeuvres in the Dark

What is a broad mind? A tendency to accept things. Giles Coren

More proverbs here. And here.
Posted by Lucy R. Fisher at 10:23 No comments: 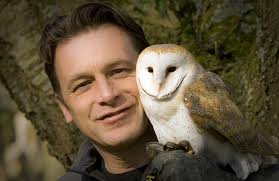 We all hate verbing, but we don't hate all verbing...

“Fascinating the way they all cohese together – it’s like an avian lava lamp.” Chris Packham

“Boating means carrying boat to the water, while scrutineering is the act of being inspected.” Times feedback on the Olympics Aug 4 2012

So why don’t we object to:
back (backed by, back out)
commentate
craft
deadhead (your flowers)
edge (forward)
exercise (for take exercise)
float an idea
head (headed by)
interview (should I interview for a job? He interviewed well.)
landscape (the grounds have been landscaped)
laser (Everyone is lasering in on Eton Dorney. Olympics commentary Aug 1 2012)
leverage
parenting
piggyback
pomo (give a modernist building a postmodern coating)
rain (it rained down, rain over some sugar)
rear-end (my car was rear-ended by a bike)
referenceSave water - bath with a friend!
stretcher (the victim was stretchered from the scene)
thrift (Here are six more bags to thrift!)
voice (an animated character)
zigzag (Jamie Oliver: zigzag it with olive oil)

And we don't mind nouning verbs or adjectives, either:

invite (send him an invite)

creative (person who works in advertising)


Show me the funny.
That explains the crazy.
Get some hilarious into your life!

One of the things you get used to hearing when you are an American living in Britain is that American will be the death of English. Bill Bryson, Notes from a Small Island, 1995
We all hate:

So why don’t we object to:

from the get-go
goosebumps for goosepimples
gurney for hospital trolley
I’m OK with that
I’m comfortable with that
postal code
shout-out
small, medium or regular?
X, as in Y 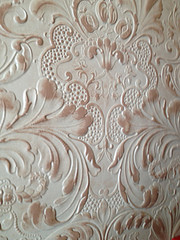 fancy bread (became rosemary and rock salt focaccia)
fast breeder reactors
firelighters
firewalking (health and safety)
flies, flypapers, flyspray
foot muffs (probably still available from small ads in the back of The Countryman)
foot-warmers (they looked like casseroles and you filled them with hot water)
French skipping
fussing about which vegetable oil was best for your heart
gender equality
gerbils
giant wooden tongs for picking up hot washing
gluten-free peanut cookies
God was an astronaut

graffiti (Far away is close at hand in images of elsewhere. My karma has run over my dogma. To do is to be.)

the chink of milk bottle on doorstep
the ker-ching! of a mechanical till
the rrrr-rrrr of a computer reading a floppy disk
the smell of mothballs
the Swingle Singers
the weird postures models used to adopt in the mid-60s

variety shows (they were there, they went, now they’re back)
walrus moustaches
watchdogs (oversight committees)
wearing slippers to the shops
woollen plaid headscarves with fringed edges
working parties (committees formed to do something)
Worrying that everybody would end up speaking Estuary. (Very 80s. Now it’s Jafaikan. Or was that last year?)

worrying that TV would damage children’s eyesight/turn them into zombies (They hadn’t become zombies, they were absorbed. And before TVs, people complained if you were absorbed by a book.)
worrying that your children read too much (when they should be running about in the open air) 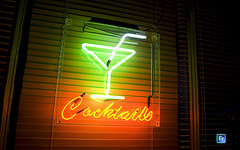 make stylus gloves with a stylus on each finger

manufacture dialling wands for smartphones – how about one in sterling silver? (www.ohgizmo.com)