People who put you down are kindly trying to motivate you – for your own good. Not.

You want people who will support your dreams and goals, not squash them. Remove your toxic relationships! ‏‏(@HeatherSanto)

Wondering what PhD viva examinations are like and what to expect? Good advice here... (Dr Ayla Lepine ‏@heartchitecture)

Antisemites seem to spend a lot of time antisemitically explaining why it isn’t antisemitic to be antisemitic. (@hugorifkind)

The film of the Stones’ concert at Altamont is “an unforgettable depiction of the death of the 1960s countercultural dream. (Big Issue)

My favourite nonsensical phrase these days is ‘didn’t win but already changed the conversation’. What an utterly vacuous platitude. (Karl Sharro ‏@KarlreMarks)

Where people ended up in mid-life also depended to some extent on the kind of person they were in their youth... Who we are is based partly on who we mix with and the part we play in our social relationships. People who lack this connection (and those with an initial anxious and introvert personality are more vulnerable...) are likely to miss out on these experiences, further shaping their personality in directions that lead to more isolation. (BPS Digest Those who are lonely when young take longer to become the typical agreeable, conscientious middle-aged person, says the article.)


I don’t think of narcissism as vanity: it is a survival mode, more about keeping a place in the social world. (Dr Richard Graham, psychiatrist)

The curled lip of contempt, and the eye, measuring as he spoke, from top to toe, his companions, with the cool elegant sang froid and self-possession displayed in his own person and manner. (Real Life in London by Pierce Egan, 1820s)

A hanger on is a sort of sycophant, or toad-eater, and, in the coffee-houses and hotels of London, many such are to be found—men who can spin out a long yarn, tell a tough story, and tip you a rum chant—who invite themselves by a freedom of address bordering on impudence to the tables and the parties of persons they know, by pretending to call in by mere accident, just at the appointed time: by assuming great confidence, great haste, little appetite, and much business; but, at the same time, requiring but little pressure to forego them all for the pleasure of the company present... he is an insinuating and an intriguing sort of fellow, whom I by no means like, so I cut him.” (Real Life in London by Pierce Egan, 1820s)

[Some dudes] have the impudence of bowing to ladies whom they do not know, merely to give them an air. A well-bred person must learn to smile when he is angry, and to laugh even when he is vexed to the very soul. To study the expression of the countenance of others, in order to govern your own, is indispensably necessary. (Real Life in London, Pierce Egan 1820s)

Melanie Reid meets an old friend who was always self-conscious about his crooked teeth – he’s had veneers. “...the difference in his face, his smile, even his mannerisms, was the biggest change of all.”

His chubby, smooth, innocent appearance was a reason for his being always treated with condescension when he was not put down. (Charles Dickens, Our Mutual Friend)

What wasn’t mentioned anywhere was one simple truth. Leah was technically pretty. Jess was technically ginger. Looks, and their lotteried knock-on effects not on later life but most assuredly on teen life, surely deserve a 52-week series of their very own... Both the girls now thrive and stutter visibly towards that serene age (23, if you must ask) where looks don’t, for which read in sane worlds shouldn’t, matter. (Euan Ferguson on Educating Cardiff, Obs Aug 2015)

Life was much easier as George. (Wikipedia on George Osborne)

He went on, obviously drawing on another man’s patter. (Graham Greene's Ministry of Fear)
Like anything else, it’s a skill you have to learn. (Sword swallower on BBC Breakfast) 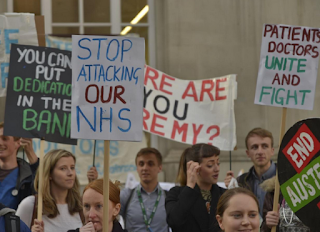 More here, and links to the rest.
Posted by Lucy R. Fisher at 18:29 No comments: 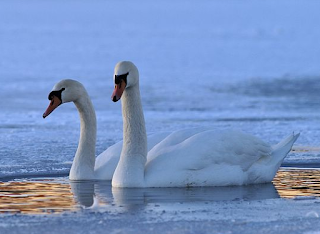