a woman over 25 blithe to the rigours of botox Observer Nov 22 09 Blithe means happy. What are they trying to say? Innocent of botox? Why the “rigours of” botox?

ambient for atmospheric "What an ambient shot!" Ambient means surrounding. If you say something’s “atmospheric” you mean it calls up ideas and feelings of mystery or menace or the uncanny.

caper for figure "cut a similarly impressive caper" Daily Telegraph Nov 09 To cut a caper is to perform a tricky and acrobatic dance step.

claque for clique David Aaronovitch Nov 09 A claque is a gang of hired applauders; a clique is a small, exclusive, self-interested group.

slipshod for roughshod It’s sad that they’re going to run slipshod over this lovely road. Person quoted in the Times Oct 27 09 If you ride roughshod over something, you’re trampling over them on a horse with heavy iron shoes. Somebody slipshod is wearing only backless slippers on their feet and is forced to shuffle about. A slipshod approach is sloppy and ill-thought-out.

slather for slaver “slather like kids in a sweetie shop” Times Sept 09 09 Beasts slaver over their prey (they have no manners); you slather paint onto a wall.

virtual circle for virtuous A virtual circle would be almost a circle; a virtuous circle is the opposite of a vicious circle, which is a feedback loop of bad consequences.
wolverine for wolfish "I just like to write about pervert killers with wolverine teeth". James Ellroy, Nov 09 A wolverine is a large weasel relative that lives in the Arctic Circle. 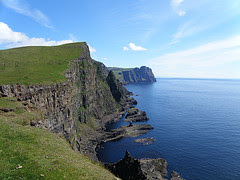 House sales have fallen off a cliff.

At the beginning of the year, people were keen on the word “constrained” to mean “confined” or “restricted” – or almost anything.
everything is broken, not just society

hinterland was popular in April

boobs have become a rack

convulse is used to mean practically anything Rural communities are being convulsed by arguments for and against wind power. Guardian May 7, 2004 Are they really having fits over these arguments?

talking trash (This seems to mean making your opponent feel bad. How attractive is that?)

scrobble = assemble a playlist on a social music site

astroturf – opposite of grassroots? Or is it cosmetic greenery? 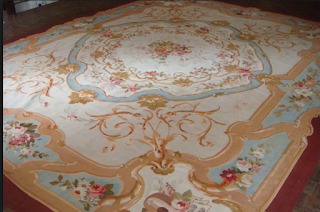 working remotely (it was going to be called "telecottaging" or "telecommuting")
texter's thumb
wacky sandwich fillings like cream cheese and dates, apple and brie or banana and bacon

More here, and links to the rest.
Posted by Lucy R. Fisher at 18:28 No comments:

1. Buy a London A-Z or go to an Internet café and look up your destination on streetmap.co.uk. London is BIG.

2. Ask for "where Lion King is playing" not the XYZ Theatre. Central London is full of theatres, and Londoners don't know all their names.

3. Dress appropriately to blend in. London's a working city, so that means soberly - no shorts, baseball caps, or matching safari outfits.

4. Avoid faux Irish pubs and hunt down a real traditional pub, like the Lemon Tree in Covent Garden and the Red Lion in Crown Passage between Pall Mall and King Street in Central London.

5. On the tube (that's the metro or underground rail system), obey signs on escalators (moving staircases) telling you to "stand on the right". The left "lane" is for people on the move.

6. Get off the tourist trail, away from the tacky, downmarket, overpriced food outlets (tepid pizza, greasy chicken). Turn down a side street and look for a little café.

7. Avoid souvenir shops which have been selling the same policeman dolls for 40 years - unless it's raining and you need an umbrella. Who cares if it says "I HEART LONDON"?

8. The best way to see London is from the top of a double decker. The topless tour buses will point out the sights for you, or you can just get on a double-decker bus and go upstairs. On a short trip you shouldn't get too lost!

9. River trips are also good. They'll give you useful information among the corny jokes.

10. That bridge with the towers is Tower Bridge, not London Bridge. The original London Bridge was built by the Romans, but the present one is less than 50 years old and not much to look at.

11. Enjoy! Londoners are friendly, and it's one of the most diverse cities in the world. Whether you want a steak and chips in Garfunkels or a Lebanese feast in Soho, there's a restaurant for you.
Posted by Lucy R. Fisher at 09:25 No comments: