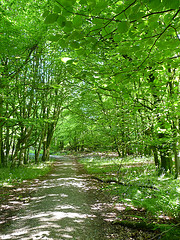 Blair: The difference between David Cameron and Tony Blair is that Blair was better at disguising his intentions. He would never have announced, for example, the sale of public forests. Instead he might have promised "a world-class forest estate" in which "walker-led beacon-foundation woodlands" would be managed through "partnerships with a plurality of recreational providers". Ten years later we would discover that our forests had mysteriously fallen into the hands of timber companies, and were being felled in the name of customer choice. George Monbiot Guardian May 17, 2011

British Bill of Rights: for MPs this is code for riding a white horse to Brussels and on to Strasbourg, bayonet in hand, to declare war on the entire European human rights edifice. Anne Treneman, Times, February 16, 2011

calm (as in “has appealed for calm”) = not hitting people

marginalise: A lot of these guys were marginalised – ie imprisoned – as “incorrect philosophers” in the Soviet era, but now they have been rehabilitated. Tim Dowling on the Russian Cosmists, April 11, 2011

reprofiling: They decided instead on a “reprofiling” of Greek debt – a euphemism for rescheduling payments that many take to mean a debt restructuring. Week

stability = no wars or revolutions 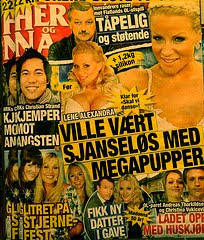 Make good/bad decisions: Chris Bryant on Dorries’s abstinence bill: "The single most important thing we can do for any young person is give them the self-confidence to be able to make good decisions for themselves," May 5, 2011. Make good decisions = not sleep around? 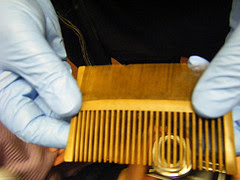 From now on, I’m watching everything you do with a fine-tuned comb. via jimcarlton.com

I have a lot of black sheep in my closet. via jimcarlton.com

He’s a wolf in cheap clothing. via jimcarlton.com

The menu was frozen in the amber of 1973. Matthew Norman Daily Telegraph April 11

these stringent controls work to alienate and sap employees (BPS Occupational Digest) You sap someone’s strength – think of boring a hole in a maple tree and draining off its sugary sap. Or is it from hitting someone on the head with a sap or blackjack? But these employees have been demotivated, not knocked out.

“Britain’s recovery from the worst recession in decades is gaining traction, but confused economic data and the high risk of a hung Parliament could yet snuff out its momentum.” Quoted in the New York Times April 11 2011

These financial chains will set the stage for the high-stakes financial pressures which would always dog Ian Fleming's life. klast.net

Microsoft is thoroughly dropping the ball on that front. popsci.com You either drop a ball or you don’t, you can’t drop something “thoroughly”.

unlucky enough to cross paths with them (you cross swords with someone when fighting a duel, or you cross someone’s path)

mired in fog (Pirates of the Caribbean)

over-egging the omelette (Metro on that Nick Robinson programme The Street that Cut Everything) You over-egg a pudding – presumably if you add too many eggs it falls apart (or goes too solid).

Government tears up red tape (Times Mar 17) You cut red tape and tear up documents/rules/acts/contracts/agreements – you can do this because they are printed on paper.