In a Golden Age mystery, if a girl wears her hair parted in the middle and drawn back into a knot “like a Madonna”, she will not be the murderer.

In novels of 70 years ago, the old nanny inverts her sentences: “A young man to you seem he may! Insulted I’ve bin!”

In a bad historical novel, good characters are given contemporary attitudes and ploddingly spell out why slavery is wrong, democracy is good and witches wise.

Modern detective stories have to contain a dysfunctional (and young) computer geek to do the computery bits of the investigation. Sometimes she is female and an ex-hacker.

Beware the fringe play with a lot of unnecessary “multimedia” that nobody really knows how to work and that breaks down halfway through.

Look out for the person who only thinks they are paralysed. The converse is the wheelchair-bound character who walks about the house unobserved, or the “blind” person who can really see.

PLOTS/GENRES/SETTINGS
I just popped out to the chemist’s and now I’m in Istanbul. (Graham Greene)

Beautiful woman turns up and tells hero a long tarradiddle. It turns out to be a pack of lies – he challenges her and she tells another pack of lies. (Maltese Falcon, Playback)

The old gods are still alive and living as normal people. (The Minotaur Takes a Cigarette Break)

QUOTES
Modern mysteries: a distinctly modern inclusion of every form of perversion, along with the tendency to turn the detective’s lives into turgid serial drama... The problem with all modern crime fiction: the puzzle is almost an addendum to “larger” issues. (Ahsweetmysteryblog.wordpress.com)

Stop with the orientalist book covers! If book is about Muslims in Brooklyn, no camels necessary! (Su'ad Abdul Khabeer‏ @DrSuad)

Over 90% of stories submitted to Galaxy Science Fiction still nag away at atomic, hydrogen and bacteriological war, the post-atomic world, reversion to barbarism, mutant children killed because they have only ten toes and fingers instead of twelve. (H.L. Gold, editor of Galaxy Science Fiction, in 1952)

We never said “Was that a shot?” but always “Was that the well-known bark of a Mauser?" ... As chapter gives place to chapter, and still no arrows stick quivering in the tent-pole, and still no tomtoms throb, the observant reader will get pretty fed up. (Adventurer Peter Fleming)

Murderous types who have gone to extreme lengths to cover up crimes will then confess for apparently no reason at all. (Moira Redmond)

“Well, I’ve met the crusty egomaniac, the ingenue, and the juvenile! But who’s the brains of the operation?” (Jessica Fletcher)

Every character is either headed for a padded cell, disappearing into a gaping maw or recording their final thoughts as murderous cultists descend on them. (Guardian arts blog on horror writer HP Lovecraft)

Plot of every book ever: Someone is looking for something. Commercial version: They find it. Literary version: They don't find it. (Novelist @matthaig1)

The longer he or she has been in the public eye, the more likely are they to retreat into tired anecdotes that have already been rehearsed many times over ... cut through the easy laughs, the PR veneer ... cliché’s, banality, point-scoring and psychobabble are discarded. (Guardian 2008 on ghostwriting)

Tintin falls in love with Hans Castorp’s sexy Russian girlfriend and before you know it he’s waist deep in the horror that is “witty” postmodernism. (Kate Saunders Times 2009)

He is very taken by Anastasia, who in the time-honoured Mills'n'Boon style of demure secretaries with tempestuous plutocrats and nurses with hot-tempered brain-surgeons, is strangely unafraid of him. (Peter Bradshaw on 50 Shades of Gray)

There are endless scenes where [mystery writer] Dorothy Sayers puts her own opinions into approved characters’ mouths, and then has (less clever and attractive) others arguing with those views and being defeated. (Moira Redmond)


TRANSCENDING THE GENRE
PD James contended that, unlike Dame Agatha, she was attempting to use the mystery genre to enlighten us about the human condition... Who’s to say Christie did not accomplish this very thing? (Ahsweetmysteryblog.wordpress.com)

Has anyone else noticed how crime fiction that "transcends the genre" (understand: no plot, no detection, no fun) is now referred to as "literary crime fiction"? The label is bad enough, but the underlying idea that other forms are not "literary" and that being "literary" should be the aim of any serious, self-respecting crime writer is infuriating. (Xavier Lechard)

Snobbery is the worst attribute of all, in my view, and unfortunately detective fiction can have a bit of an inferiority complex sometimes. It's like when something science fiction is released and the author/actor/whoever says, "I don't consider it sci-fi," as though the work is in some way superior to others in the genre. As an aspiring writer, I try to make the story fun, with humour and exciting scenes... Sadly, publishers seem to prefer drug-overdoses, dead prostitutes, child abuse, gory crime scenes and a moody detective, with a bit of torture thrown in. (David Jones)

"Plot is for precocious schoolboys. What matters is the imaginative truth, and the perfection and care with which it has been rendered. After all, you don’t say of a ballet dancer, ‘He jumped in the air, then he twirled around, et cetera ...’ You are just carried away by his dancing.” Edna O’Brien, explaining why 99% of what passes for "literary fiction" is unreadable. (Xavier Lechard)

In his foreword to the French edition of Sayers's Lord Peter Views the Body, Paul Morand says... The detective novel can't achieve genuine literary greatness because it is so carefully planned. "Real" novelists let their characters go and grow free whereas detective novelists have to make them cogs in a greater machinery; their behaviour and fate is fixed from the start. This argument seems to have been very popular with French critics, probably because of the local infatuation with the psychological novel... I find it flawed, though, as not all literary writers let their characters decide the course of the story - also it presupposes that the psychological novel is the only way to literary greatness, which I dispute. (Xavier Lechard)


For those interested in how life was before their time, contemporary films intended for short-life consumption can tell you more than any amount of memoirs and after-the-event recitations. And often more honestly. There's a lot of retrospective repainting that goes on. (RI)


The most interesting things are always done in the period when a medium is considered disposable trash. (Vintagegeekculture.tumblr.com)

MALAPROPS
70s cuisine – embodied in jelly! (embedded)
He had a prissy fit.
I tend to not really follow the general status qua.

Asked the boys how their first day back at school went — everything was fine except one said one teacher had a really "monogamous" voice. (JG)

In church doing carol concert yesterday. Lots of blue smoke. Elderly woman says "I quite like incest but there's too much of it here." True! (@Tony_Robinson)

TYPOS
torterious for torturous
indiciferable jibberish
canaine mandabil for canine mandible.
rouge wave for rogue wave
manulipidation: manipulation
Audio typing: Bali for barley, Landseer for Lancia and “if so fatso” for ipso facto.
ridiculous humunculous wide trousers (humongous/homunculus)
You are a patronising pompost! (Pompous plus compost with a hint of bombast?)

I need more wine or more fiends or both. (via FB)

More here, and links to the rest.
‏

We’ve got this perverse situation in which the vast analytic powers of the entire world are being spent trying to understand a guy whose thoughts are often just six fireflies beeping randomly in a jar. (NY Times on Trump)

vain and creepy nutters (who claim to be empaths) (via FB)

And yes, Southwold even had its own witch, but when I first encountered her it seemed that she had left only the faintest footprints in the occult sand. (Geoffrey Munn. Read about her here.)

Do feel free to curse the railway if you need the target practice. (LW)

The hoary stylistic advice to avoid passive voice is bunk, uttered by people who can't tell a passive from a petunia. (@OliverKamm)

#Miranda. Occasionally very funny but mostly, what I call, excruciating. (Some Bloke in a Hat‏ @toolegs)

Decades of demented tripe (Daily Mash on the Daily Mail)

We have been instructed to celebrate Ivanka’s vanilla-bean bromides about workplace equality. (slate.com)

That joke is so old everybody in the entire world has heard it, including lost tribes in the Amazon Rainforest! (AJB)

The accompany wall-text burbles will assure you that the artists were exploring “gender variant identities”, “transgressive desire”, “forms of gender expression”, “processes of deconstruction” and all the cobblers you would expect from the university of Pseudshire. (Robbie Millen)

A  tiny clique of ultra-conservative frilly old diehards in the [Roman Catholic] church – diehards that have missed the train in every conceivable respect. (Erich Lobkowicz)

Food fashion is a window into the mass delusions of dimwits that never ceases to amaze me. (Giles Coren)

I can't get through all of it, partly due to the weapons-grade pomposity, but also because it's incoherent to me. (LW)

What I want to know is how much of my license fee it cost to bring Jacob Rees-Mogg to Question Time from the 17th century. (Alex Andreou‏ @sturdyAlex)

Calatrava’s sculptures “look like they were purchased at a high end Swedish furniture shop.” (VD)

The academic equivalent of a Vulcan death grip. (KL) 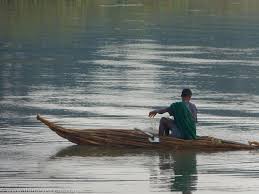 Fabric considered suitable for larger ladies "like pelmets from a static caravan circa 1992". (Sali Hughes)

I looked at the letter like a horse looking at a paper bag. (GN)

I kind of clung to him like a koala to a eucalyptus tree. (Model Penelope Tree)

A ballot paper the size of a small tablecloth.

Last night was spectacular. It was as if a giant unicorn filled a pipe with glimmer and plutonium and blew the smoke over the Icelandic sky. (Yrsa Sigurdardottir ‏@YrsaSig)

You kept sighing and shaking your head like a cross primary school teacher. (Tony Robinson on watching Skyfall with a friend.)

Went to @OfficialAdils for the first time last night. Great food and, as my brother-in-law put it, naans the size of bath mats. (Rick ‏@FlipChartRick)

Carpets, chairs and me covered in glitter, and I can't get it off. It's like pretty radioactive fallout. (@Tony_Robinson Dec 22)

Now the sun is setting, the trees are red like Martian weed or axolotl gills. (Regular Frog @FrogCroakley)

She seemed to have arrived perfectly formed, as if she had hatched from a marble egg. (Hilary Mantel on Anita Brookner's debut in 1981)

Nightingales – if you told me it was an elf playing the flute I wouldn’t be surprised. (Ray Mears)

It was trite, banal and recalled a team-building exercise at a job where everyone is about to quit. (032.com on the Tate Modern’s extension)

The days skim by like a boat made of papyrus. (The Book of Job)

I bought earphones from Poundland & it sounds like all my favourite artists are singing into a haunted bucket. (John ‏@UpturnedBathtub)

I know so many offices that look like derelict army barracks. (M. v. Aufschnaiter ‏@mva_1000)

Silence fell like a bagful of feathers. (Raymond Chandler)