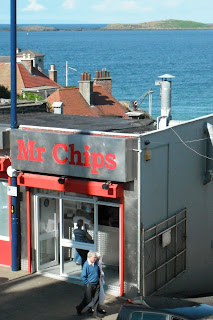 How I fell off the January Dryathon bandwagon, ha ha.

Radio is a flash in the pan/here to stay. Repeat for Twitter, blogs, podcasts.

omg technology blah smart phones finger wag social media
yikes alienation
eek concentration
zoom zoom
much news
wowww bad! things! so! many! maybe capitalisomething... so tired so lonely but so AWAKE let's all go to the woods to Think Real True Thoughts
(I am so bored of reading versions of this by Esteemed Thinkers and Writers and never ever want to read it ever ever again) oh and I almost forgot: behold! a neurologist said! an fMRI scan! tiny brains much overloaded neuron synapses much whirring wiring overload eeeeeeek
(Hannah Proctor @hhnnccnnll)

It would be much better if we all did nothing. (This usually translates as "hand-whittle wooden spoons instead of staring at your phone".)

Sugar doesn't make children hyperactive. (Repeat until everyone gets the message.)

It’s perfectly OK to be single and women shouldn’t waste time wanting what society tells them to want. Plus romance isn’t really that great and marriage isn’t happy ever after. Women don’t need to get married now they can have jobs.

New zeppelin is about to launch! (2019's was the Phoenix – a plane with a helium-filled body.)

Seaside towns need a makeover. (A 2019 report, The Future of Seaside Towns, says they need to “reinvent themselves” as some have become “stuck in the past”.)

Children should spend more time outside – up to six hours a day! (This one has been popular since my early youth. Kids should not stay inside in the warm reading books, watching TV, colouring, cutting out paper dolls, drawing, writing, playing video games like they want to.)

Every Christmas, articles on “how to survive the party season”.


In 2020 the following will happen:
Someone will suggest opening a chain of restaurants with refectory tables so that you have to talk to your neighbours.

Another will try to revive nettle soup.

Many will assume that journalists write their own headlines.

Shall we get the whole year over at once?
Valentine's: American, too commercial
Easter: eggs without the word, children don't know what it means, too early
Mother's Day: American name, wrong day, capitalist plot.
Back to school – in July?
Summer: too hot/too wet/too light, June 21 is the beginning not the middle
Halloween: American, commercial
Poppies: jingoistic, too early, too late, too few, not enough [insert unique take here]
Christmas: starts in September, commercial, wasteful
Diana: hysteria (She's a moveable feast and can be invoked at any time.)

Some killjoy will tell children Santa isn't real: (End November, 2019.) Christine Jeffreys, mayor of Rushcliffe, was switching on Christmas lights in West Bridgford. “She told the children that Santa was too busy to deliver presents this Christmas so their parents would be giving him a hand by putting presents under the tree.” (Times) She apologised after parents were outraged on social media. Nina Hudson wrote: “The mayor then proceeded to tell all the kids... if they hear a noise in the middle of night on Christmas Eve, don’t worry it’s just mummy and daddy. I’m traumatised... they couldn’t get the mike off her quickly enough.” Kate Smith posted: “We were at the front, totally incensed! Or little girl turned and said, ‘Is that true Mummy?’” Mrs Jeffreys said: “I apologise unreservedly for the upset I have caused... Some of my words were said in error. I am deeply apologetic to anyone who was affected by what I said.” (But her words were not in error – apart from the bit about Santa being “too busy”.)

Weathermen will predict snow. They are called “snowmongers” and accused of panic and hysteria. Snow falls. Villages are cut off. Travellers on Bodmin Moor spend the night in Jamaica Inn, or ten hours in their cars. Nobody apologises. See you next year!

Last year, and links to past years.