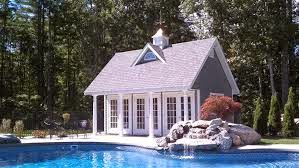 A group of people collects at a house in the country for a family weekend. One of them never goes home again... The book is longer than usual, and the characters have more depth (at least, we find out more about them, and see things from their point of view). As someone else has pointed out, the book begins with a series of interior monologues – unusual for Christie, unless she was using one of the characters as a narrator, as in Murder in Mesopotamia.

The hosts are Lady Angkatell (Lucy) and her husband, ex-diplomat Sir Henry. (The Hollow is their house, a large country place with a staff and a swimming pool.) Lucy is a fragile, charming, beautiful woman with an endearing “scatty act”.

We see two of the guests preparing for the weekend, Dr John Christow and his wife Gerda. John is a successful “society” doctor who hates the hypochondriacal rich, and would rather be working on a cure for “Ridgeway’s Disease”. His wife Gerda is shy, inefficient and rather dim but adores John and thinks he is doing noble work. They have two children, a little girl and a boy who is more interested in chemical experiments and explosions than people. Gerda is dreading the weekend: the Angkatells are so clever and brittle, and insist on playing paper games that she never gets the hang of. John is irritated by her, and looks forward to meeting his mistress, sculptress Henrietta Savernake, who will also be at The Hollow. But he is haunted by memories of the South of France and an early girlfriend called Veronica who left him to star in Hollywood.

Henrietta is an Independent Young Woman Living Her Own Life, and creating what sound like rather sentimental sculptures in a pseudo-modernist style. She’s enabled to do this by family money.

Her cousin, Midge, lacks independent means and works in a dress shop. Another cousin, Edward, now lives in the family country house, Ainswick, which they all go on about. They spent holidays there as children, and Lucy grew up there – only to be ousted on her parents’ deaths, as a woman could not inherit. Edward is a scholarly fellow, madly in love with Henrietta, who is madly in love with John Christow. Meanwhile Midge is in love with Edward.

They all converge on the Hollow, where Henrietta cheers up Gerda by walking her round the kitchen garden and asking her about her knitting. Gerda has moved on to leathercraft and has made her own handbag, which Henrietta praises.

Also staying is another cousin called David, an awkward young man whom Lucy unnerves by asking him to tell her about all the fashionable ideas. Henrietta comes to the rescue again and gets him talking about the new socialist utopia that will be built on the ruins left by the war. If Edward doesn’t marry and have children, David will inherit Ainswick, and Lucy fears for its future as a people’s palace of culture.

At some point during the afternoon they all go target shooting for fun, like you do. Sir Henry has a collection of firearms, and it turns out that Lucy is a crack shot and Gerda can barely hit the target.

That night after dinner, Veronica makes an entrance through the French windows, pretending she has run out of matches. She manages to persuade John to walk her back to the cottage she has rented nearby (as part of a scheme to meet him again). Little does she know that her next-door neighbour is Hercule Poirot, who has been persuaded to try country living...

...and has been invited to lunch on Sunday. He takes a path that leads to the Hollow’s swimming pool, and then to the house. When he reaches the pool, the entire cast emerges from other paths to find a man lying dead beside the water, and a woman standing over him holding a gun. For a moment Poirot thinks they have set up a “murder hunt” as a joke, but no – John Christow is dying from a gunshot wound, and the woman standing over him is Gerda, his wife. But then it turns out that she couldn’t have shot him... so what did happen? As usual, almost anybody could have done it, and nearly everybody has a motive. Has Henrietta's love turned to hate? Has Lucy's complicated mind worked out that if John's out of the way, Henrietta can marry Edward and have children and save Ainswick from being turned into an "institute"? Has Edward shot his love rival? Did John and Veronica quarrel?

Apparently Christie thought she had spoilt the story by introducing Hercule Poirot, but I disagree. His cottage is not half-timbered but cuboid, and full of geometric ornaments for him to straighten. Various members of the cast drop in, ostensibly to ask his advice – or are they just putting up a smokescreen?

It’s a satisfying book, with some funny moments, as when Lucy tries to decide on an appropriate post-murder dinner menu. What makes it particularly 1946? Large houses with staff and a butler (called Gudgeon) had become rare, and the characters comment on this. They are all rather appalled that Midge insists on working instead of living off Lucy and Henry. Edward visits her in her shop, and is even more shocked to find that she is treated disrespectfully by the “Whitechapel” proprietress, and has to take the same treatment from the shop’s rather vulgar clientele.

Social reformers usually get rather brisk treatment in Christie’s books, and in 1946 they were seizing opportunities. Servants were a dying breed – Gudgeon is a survival. More middle-class women had jobs, and had spent the war driving trucks, making aeroplane parts, nursing and working on the land. (Christie herself went back to her old job as a pharmacist.) The characters don’t seem too much bothered by shortages (in an early scene the Christows are sitting down to roast mutton, unobtainable during the war – and surely just after it?). I wonder when Christie planned and wrote this story?

A Murder Is Announced, published in 1950, has a far more post-war feel, with posh characters clearing their own gutters, caring for their own hens and swapping home-made jam for eggs and vegetables. The only servant is an Austrian intellectual called Mitzi.

Readers and critics seem to agree that The Hollow is a better, and more “modern” book than Christie’s usual, because it has psychological depth – meaning that we inhabit the characters, and they go on about their feelings. Is this what readers want from a book these days? I like The Hollow, and I also like her more “superficial” books – which do not lack insights into character.