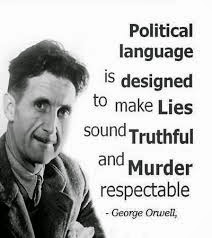 Philosopher Jeremy Bentham came up with 365 reasons why we shouldn't change anything, or at least not NOW. (Read them here.) Never mind the facts, you can believe what you like, as long as you follow these easy ploys. If in doubt, split hairs, change the subject, or attack your opponent.

Other things are more important:
There really are so many other things to complain about, this bridge is NOT one of them. (@christianharrup)

Keep changing your reason for doing something:
I will say, I've never said "Santa doesn't exist", because I think a thing exists if so many people believe in it. A diff kind of "exist". (Brienne of Snarth ‏@femme_esq)
Being told Santa exists "will introduce children to the socio-psychology of a collective delusion” (Will Wilkinson)
Others claim that “believing in Santa is good practice for believing in Jesus”.

Barefaced excuses:
“Conditions weren’t right in the past” – say progressive educationists every year, according to Harry Webb (Web of Substance).
‏

Twisted:
It’s racist to have a black presenter talking about lack of diversity on Radio 4!

Women and oppressed groups should not be encouraged to see themselves as victims (as the contemporary left wants), because anyone seen as a victim has more power and it's not fair! Oppressors are the real victims of this rhetoric!

Version II: Women and oppressed groups should not be encouraged to see themselves as victims because this will disempower them. (And then we won’t have to do anything to help them.)
Middle class women aren’t oppressed, so they can’t say anything about women’s oppression.

No true Scotsman:
We want true liberation and true empowerment: the kind that doesn’t involve helping anybody, or attacking the strong who are attacking the weak.

X used to be like Y, so it still is:
“Marriage — and heterosexual marriage, certainly — is not a feminist act. Full stop.” (salon.com) Why? Because it’s “an institution in whose original incarnation women were just part of a property arrangement that also involved farm animals.”

Barefaced rationalisation:
If nearly every venerable architect in the host country slams your proposed design for a building as a “monumental mistake” and a “disgrace to future generations”, it’s probably a good idea to reconsider. Not so Zaha Hadid, who, after facing calls for her Tokyo Olympic stadium to be scrapped – following a petition of 32,000 signatures and an open letter of opposition from a host of eminent Japanese architects – simply accused the locals of jealousy. “I think it’s embarrassing for them,” she said. “I understand it’s their town, but they’re hypocrites. The fact that they lost [the competition] is their problem.”

Not all men:
‏The not all men argument (not all cops, etc) is the equivalent of committing a crime & being like "but some of my other actions were legal!" (@Fauxgyptian)

Ad hominem:
All our opponents are attention-seekers who are jumping on a bandwagon to further their own careers. Social Justice Warriors! Faux outrage! Professional er er...

True X is the opposite of X:
These girls… we have indeed liberated them. These girls have become Muslims. (Boko Haram) And people used to say that you found true freedom in the Catholic Church - freedom from doubt.

Narrow redefinition:
Those who say “there’s no NEWS in the newspapers these days!” have redefined news very narrowly. Sport, fashion, celebs etc etc etc are not news. And the headlines aren’t news because I’ve already heard them on the radio. And er, er...

Yes, but my point holds!
OK, so George Orwell never said “the working classes smell” – but he was disappointed by the working classes, look at the way he denigrated their reading matter in that piece about Boy’s Own stories. (He was disappointed that the mags fed the poor a fantasy of “aristocratic” schools with titled pupils and old grey stones.)