Couldn't They See that Coming? 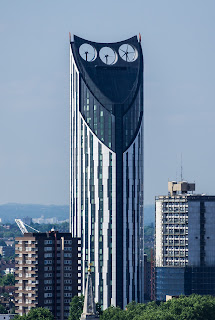 You get a full-face tattoo and wonder why nobody will give you a job.

Nero was a bloody tyrant – he was eventually forced to commit suicide.

Women in their 40s say “I can’t believe I forgot to have children!” as they face a lonely middle age.

After 30 years, the victim murders the bully.

Making things in China is getting more costly as its population ages and isn't replaced – thanks to the one-child policy.

You put forward a ridiculous idea and become hysterical when contradicted. (You’d think Christian evangelists, fundamentalist Islamists and UFO believers would realise that being disbelieved comes with the territory.)

“Why should I take any notice of facts and statistics, I’m entitled to my opinion.” But if your opinion is based on nothing, nobody is going to take it very seriously, and they’re going to keep asking you for evidence.

MP Philip Davies, whose speciality is talking out any legislation that will benefit women, whines that all his Twitter followers hate him.

Supporters of Tommy Robinson, who like to call anyone with a social conscience a “snowflake”, are furious that people are throwing milkshakes over them.

The British conquered, ruled and ripped off countries around the globe – one by one they declared independence.

Report in the Sunday Times today that one in five degree courses have closed since the trebling of fees. I know, surprising isn't it. (@fatcharlesh)

I notice people who have been home schooled might have a tendency to be more likely single, perhaps due to lack of social skills, and networking opportunities. (NJ)

My mother-in-law is old and lonely. She is a judgmental person in general, the kind who is rude to servers and assumes the worst about everyone. (Dear Prudence at slate.com)
The world’s ‘best restaurant’ is closing in 2025 because of gastronomy’s “unsustainable” economics, said its owner. Noma in Copenhagen has served unorthodox dishes, including reindeer gullets with crispy moss, mouldy egg yolk, and duck brain served in its own skull and eaten with a spoon made from its own tongue. “We have to rethink the industry,” René Redzepi, told The New York Times. “This is simply too hard, and we have to work in a different way . . . It’s unsustainable. Financially and emotionally, as an employer and as a human being, it just doesn’t work.” (The Week Digest. Someone tells me it's reopening as a burger bar...)

The three turbines on top of the Strata building at Elephant and Castle are hardly ever used. A local explains: “Apparently they sank a lot of money into making them energy efficient. Then, on Day One realised folks in the penthouses wouldn’t put up with the noise.” Labour councillor Martin Seaton ... told MyLondon : "In the very early days on my first term, I received some complaints that residents were being disturbed by the blades spinning. The wind turbines haven’t worked since, mainly because of complaints of the noise disturbing residents. It doesn’t work, it’s a white elephant. [The developers] didn’t take into account when the turbines span they’d vibrate throughout the building. It seems obvious to you and I, but the designers and planners are infinitely cleverer than us, and missed the blindingly obvious.” He said the complaints came from those higher up the building: “The closer you were to the top, the louder it was, but it propagated throughout the building. How on earth the planners and designers missed it, I have no idea.” (Mylondon.news)

Japan has always had the toughest immigration policy of any developed nation. But if you combine a closed-door policy with a falling birth-rate and an ageing population, you leave yourself short of the young workers needed to keep the economy and society functioning properly. For years, Japan lived in denial. One reason it pioneered robots for looking after the elderly was the lack of human help. At the same time, it ignored widespread abuse of immigration rules, such as foreigners working illegally while registered as students. (Times, 2018)

It was always her house, her rules, and “you can go live somewhere else if you don’t like it.” I secretly saved money from tutoring and did just that the day after my 18th birthday. It was one of my proudest moments even if it did destroy my relationship with my mother. She didn’t speak to me for two whole years. (Dear Prudence)

I don’t really like my family—they nitpick me all the time. (Dear Prudie writer-in. She’s not going home for Thanksgiving or Christmas. She had Covid as an excuse in 2020, but was thinking of keeping it up after the pandemic.)

Most marriages in 19th century Hungary were arranged by the bride’s parents, and divorce was all but impossible. The law offered no protection from domestic violence, and even if a divorce could be obtained it would result in the wife’s financial ruin, social ostracism and the loss of her children. (Whores of Yore. Result: the women took to poisoning their husbands with arsenic.)

Actor Charles Grey complained all his friends had deserted him: “I suppose because of his drunken insulting behaviour”, said actress Coral Browne.

One skeptical activist was clearly what, in the old days, we’d have called a male chauvinist pig; he offended everybody and was removed from his position. (Wendy Grossman, The Skeptic, 2013)

Former UKIP chair Dr Julia Gasper was forced to resign when she said gays are more likely to abuse children, branded LGBT rights activists as a "lunatics", and claimed some gays prefer sex with animals. (gaystarnews.com)

Avoid statements like “The workers’ revolution is inevitable”, or “We’re on the right side of history”. Don't call your project the “united” anything.

Hungary has seen a raft of protests against a new labour law, dubbed the "slave law," introduced by Viktor Orban's administration. It will allow employers to ask staff to work up to 400 extra hours of overtime in a year. The law comes after a high level of emigration that has led to a significant labour shortage in Hungary. (Dw.com)

The fur trade was in steep decline. The once healthy population of beavers had been decimated, the Native Americans were determined to fight off the trappers, and the European market for American fur was waning. The Rocky Mountain Fur Company went bust. (Ben Macintyre, Times, 2016)

Visited a friend, who has just found out Natalie Wood died in 1981 and wants to know why she hadn't heard about it. I scratched my head. "Well, you never watch the news or read a newspaper, so..." (Michael O'Brien via FB)

Darnley murders Mary Queen of Scots’ friend Rizzio in her presence. She arranges with Bothwell to have Darnley murdered. Bothwell forces her to marry him. The Scots call her a murderess, imprison her, threaten her with death. She flees to England. Elizabeth, afraid that Mary will dethrone her and take over, or succeed after her death, has her executed. Well, maybe Mary couldn’t have foreseen all that.

[Atheist priest] Meslier did have a great deal to be angry about. Early 18th-century France was politically and intellectually asphyxiated. Philosophy was stuck in pre-Cartesian days and, in any case, subordinated to theology. The monarch ruled with absolute power that was justified by a fabulously wealthy and notoriously intolerant church. People were still being publically tortured and executed for ‘religious’ crimes as late as the 1760s. (politico.com. And then there was a revolution and they were all beheaded.)

Sects like the Plymouth Brethren impose punitive rules over every aspect of their adherents’ lives, removing all enjoyment or comfort, forbidding men and women to eat together, enforcing dowdy clothes, preventing members from finding out about the wickedness of the outside world. Adherents find out and leave in droves, congregations shrink to a remnant, stagger on for too many years, and are eventually forced to close down committees, working parties and clubs, and sell off premises. Within a very short time the sect is nothing but a dim memory.

Man with wife and two small children has affair, wife finds out, kicks him out, gets divorce, girlfriend quits, man ends up living in poverty and a lonely bedsit. But he doesn’t want to settle for the first woman he meets – he deserves better!

Woman encourages her daughter to believe in Father Christmas. She's traumatised when she finds out the truth.