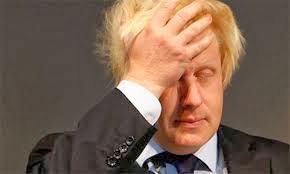 One of those Ancient Greek figures of speech. When an adjective gets stuck to a word in the sentence other than the one it should be modifying, it's called "hypallage", or a transferred epithet. Not quite the same as a dangling modifier.

restless night: The wakeful person, not the night, was restless.
happy morning: We are happy, not the morning.


“The ploughman homeward plods his weary way." (Thomas Gray) The way is not weary, but the ploughman.

a deceptive 29
A happy coincidence in Bar Harbor opened much wider doors  (My Three Fathers by William S. Patten): It opened doors to a wider society, and we were happier.

a tepid menu of ideas (New York Times January 24, 2007) The ideas, not the menu etc etc.
accessible journeys: journeys via stations with lifts and escalators

Another piece of that crucial jigsaw (Simon Thurley, Timewatch on Stonehenge): He means “another crucial piece of the jigsaw”.

clutching at wild straws: wildly clutching at straws
deceptively spacious
fond memories: I feel fondly towards the things I am remembering.

In Gone with the Wind only the “wincing portrayals of slaves” have dated (Guardian): We wince at the portrayals.

It makes the area less transient: It’s the population that’s transient, not the area.

Olympocrats will not be spraying spume into the trudging faces of Londoners (Boris Johnson, December 18 2011): into the faces of trudging Londoners

Rupert Everett is taking a break from the silver screen to play the unlikely lead in Shaw's Pygmalion: The casting is unlikely.

surrounded by a sea of surgically planted olive trees (hotelclub.com): the trees were planted with surgical precision

suspicious man: man behaving suspiciously
Tell me the honest truth: Be honest – tell me the truth!
The British team won a dramatic silver medal (BBC Breakfast): It was a dramatic win.

Have a nice cup of tea: Have a cup of nice tea.