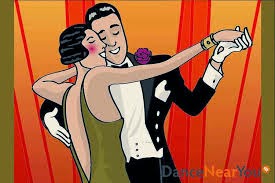 Have His Carcase, by Dorothy Sayers, was published in 1932. (The title is a sort-of play on “habeas corpus”, the law that says you can't keep people in prison without trial.)

Successful detective novelist Harriet Vane is on a solo walking tour of the West Country, wearing sensible clothes (a jumper and skirt) and a knapsack. The idea is to hike along narrow country roads from pub to pub. What a modern, independent woman she is! She lunches on a beach, and falls asleep in the sun. When she wakes up, she spots another sleeper – on a rock dangerously near to the rapidly incoming tide. She goes over to wake him, but finds that he is dead – he has cut his throat.

It’s all pretty gruesome, but she’s not just a new woman, she’s a detective novelist – she ought to know what to do. She takes photographs, and lifts a few things as evidence. Then she sets off in search of a telephone. But she’s on a remote country road miles from anywhere. By the time she phones the police, the body has been washed out to sea.

The police ask her not to leave the area, so she checks into the Resplendent Hotel in the nearby posh resort, Wilvercombe, and sends for (and buys) some more suitable clothes. She also phones the newspapers, to get her story in first.

Then who should pop up but her friend and admirer, Lord Peter Wimsey, who got her off a murder charge not so long ago. (He worked out whodunnit and got a confession from the real perp.) But he couldn’t stop the press raking up Harriet’s unconventional private life – she didn’t just have an affair with a poet, she actually lived with the blighter.

Lord Peter wants to protect Harriet from any unpleasantness – but she’s a modern woman, remember? That must be why she keeps turning down his proposals of marriage.

Harriet and Peter set out to solve the mystery, occasionally having bitter quarrels about her scruples. “I just want to be honest!” “But you make it sound so dreary and exhausting!” It’s better when they are exchanging banter and he is impressing her with his riding skills, though it gets a bit Mills and Boon.

It soon becomes clear that the body was that of Mr Alexis, a professional dancer at the Hotel Resplendent. Harriet follows his trail, befriending his fiancee, Mrs Weldon, an older woman of means, and interviewing his colleagues: Doris, Charis and Monsieur Antoine. And then Mrs Weldon’s rather crude son, a farmer, turns up and takes a shine to Harriet.

There are many red herrings, and peripheral characters: the weedy hiker who disappeared after accompanying Harriet to a phone; the washed-up barber who supplied the weapon; a theatrical agent; Alexis’s ex-girlfriend; his landlady; a tedious West Country police inspector; and a horse. Not all of them are as amusing as Sayers intends them to be.

Much print is expended on tracking down the razor, working out everybody’s movements, checking their alibis, and solving a mysterious message in code found in Alexis’s lodgings. I tend to skip rustics and timetables, but I love the chapters that reveal a vanished world of meretricious luxury, glamorous evening dresses, ballroom dancing and classical concerts in “winter gardens”.

By the end of the book, the likeable M. Antoine and Mrs Weldon look set to waltz off into the sunset. Harriet and Peter don’t get together, but there are sequels...

What makes this book so 1932? The Edwardian hotel and resort with its atmosphere of 20 years ago. The lack of telephones. The narrow, empty roads. And women's attempts to live their own lives, working as a dancer, a writer or a landlady, marrying a younger man or not getting married at all.