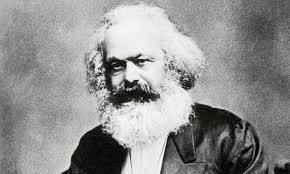 Whenever you work in an area that challenges people’s wrongheaded, cherished beliefs, it can be difficult. But sometimes it can also be a matter of life and death. (Elizabeth Loftus on false memory)

You can’t tell a word processed novel from one dictated from the couch or typed on a vintage Olivetti. (Brian Dillon, Guardian July 4 2016 Word processors were going to corrupt our prose circa 1985.)

I must follow the people, for I am their leader. (That, or something very like it, has been attributed to Disraeli, Bonar Law, Gandhi, and Alexandre Auguste Ledru-Rollin, but I can't find a convincing source – and Harold Wilson.) (AG)

Not the Truth with a capital T, an omniscience, but truth that is the same as reality. (Hanna Segal quoted Guardian September 5, 2008 What is truth? That is.)

When you talk about things like dowsing most people only hear what they want (or expect, I'm not sure which) to hear. (RJ)

Karl Marx sarcastically critiqued the bourgeoisie yet was addicted to the trappings of their lifestyle. (Andrew Billen Times 2016-06-17 Conservatives have decided that all socialists should be poor.)

Does Ulm cathedral sport a sparrow statue? Martin Lampprecht: Well, it's one of those "can you believe how stupid the inhabitants of XYZ-ville are" stories. No idea how it originated, but it is very well-known, at least in the Ulm region and Southwest Germany. According to the legend, when the good people of Ulm built the cathedral (begun in the Middle Ages, but completed, like almost all Gothic cathedrals in Germany, only in the late 19th century), they once had to get a huge wooden beam in. But the portal was too narrow. But suddenly they saw a sparrow carrying a straw through a little hole, because the bird carried it lengthwise, unlike the stupid masons. (So they put a statue of it on top of the cathedral. The statue is actually a dove carrying an olive branch, but it’s so small the Ulmers called it a “sparrow”, and so the legend grew up.)

In Germany, it's a clear indicator of the religious history of a place: if the big church in the village has a cross, the village is traditionally Catholic, if it's a cock, it's Lutheran. (Martin Lampprecht)

Flying the Union Jack upside down is a covert distress signal, so that if for instance your vessel had been captured by pirates and was being sailed into port you could signal to other British ships that something was amiss. Theory being any naval man would know the Union Flag was upside down but a pirate wouldn't notice. At least that's what we were told in the Scouts. If a Scout flew the flag the wrong way up he was asked “Are you OK? Are you in distress?” until he got the message. (Don Constance)

It is said that the Caryatids on Highpoint Two were added to the design by Berthold Lubetkin although they are not necessary structurally, since the cantilevers are self-supporting; however, the planners were unconvinced that the whole edifice would not collapse. In a witty response, Lubetkin added two Caryatids but did not actually attach the canopy to them, i.e. when first installed there was a nearly invisible gap between the two. (londongardenstrust.org)

This reminds me of that thing about cake that Marie Antoinette famously never said: Housing minister says first-time buyers should rely on inheritance from their grandparents. (M. v. Aufschnaiter ‏@mva_1000)

One of the most common theatrical superstitions is that green should be avoided at all costs. The tradition began in the days when stages were lit by limelights, which burned lime, producing a greenish light that made anything green nearly invisible. (goodlucklysmbols.blogspot.co.uk)

Surprisingly few "I've never been polled", "it's only 2k people", "polls got 2015/#EUref wrong", "lizard propaganda" or I've muted them all. (@JohnRentoul)

Jovan Jovanovič: Chemopetrol (today Prague Social Security Administration), 1974–1979 Originally the design had been a Yugoslav project for a complex of hotels in Saudi Arabia which was never realized. After an agreement between the Yugoslav and Czechoslovakian governments parts of the original design were built in Prague as office buildings for Chemopetrol. The pronounced concrete protrusions are remnants of the original need for sun protection. Because of the placement of the building and the exterior locals have nicknamed it "Vampire House". Special thanks to Oskar Helcel. (sosbrutalism.org)

Sculptor Alfred George Stevens spent most of his life and energy creating the Wellington memorial in St Paul's Cathedral. The railings with lions (also by Stevens) around this were originally, 1852, part of the British Museum boundary but some 1895 pavement improvements caused them to be removed.  Some of Stevens' BM lions also ended up on the railings outside the Royal British Society of Sculptors, 108 Old Brompton Road.  Others, possibly smaller copies are outside the Law Society in Chancery Lane. (londonremembers.com)

Does a section of the wrought-iron fence from St Paul’s surround a tomb for John and Jemima Howard in Toronto? (It was retrieved after the boat carrying it sank in the St Lawrence.) Some are also at Hoathly Town Hall (where they were originally made).

“There are amphorae full of oil and wine... with pointy bottoms to fit between the ship’s boards... Grotesque sculpted heads... might have been made by an apprentice [and] used as ballast.” (Nancy Durrant Times June 2016-06-17 on Storms, War and Shipwrecks at the Ashmolean. Amphorae were stacked on their sides in racks.)

Sir, Jonathan Sacks and the four intellectuals he quotes follow a long tradition of seeing only decline and collapsing discipline; Aristotle grumbled that the youth showed no respect. (“Bin Laden saw that the West was in decline”, Opinion, Sept 8).

Thank goodness for the Normans, who apparently dragged poor benighted Anglo-Saxon England out of the Dark Ages one day in 1066. (Eleanor Parker ‏@ClerkofOxford)

There's a tale about a young man from the south who was put in charge of a Glasgow department store. He noticed, with surprise, that there were no ladies' umbrellas on sale, and his staff didn't like to tell him that, at that time in Glasgow, the umbrella was regarded as the tart's advertisement, which was why the store didn't sell them. So he ordered several hundred of them -- and they sold out within a few days. (WS)

A belief widely held in Tory circles: the social sciences... lacked rigour as a discipline, producing results “everybody knew”. (London Review of Books, May 2016)

The commonly held notion, as Szalavitz describes it, “that people with addictions must ‘hit bottom’ before they can recover — and that harsh and humiliating treatment facilitates this process, while ‘enabling’ or being loving and kind is counterproductive.” (Unbroken Brain, Maiya Szalavitz)

It's little-known that France also gave the US statues of fraternity and equality but they were considered un-American and were hidden away. (Karl Sharro ‏@KarlreMarks)