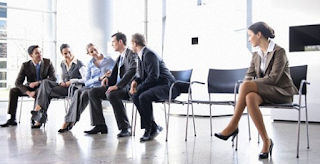 How to deal with a colleague who ignores you: This person could be threatened by you. This is usually why someone is extremely rude or ignores a co-worker, unless they have a defective personality. Take comfort in the fact that you have something that your ill-mannered co-worker wants, eg approval of a higher-up, knowledge, wardrobe, good looks etc. the only way to handle a person such as this is to kill them with kindness, especially when your superiors are nearby. It is so much fun to make the other squirm when they have to be nice! (Dear Jeremy, Guardian)

When my daughter was eight, a former friend of hers (B) suddenly turned into a bully and gave my daughter no peace. There was nothing physical – just meanness and rudeness. I told my daughter one thing bullies hate is cheerfulness and politeness. We practised her responses to things B would say. This REALLY helped – kind of like studying for a test. Pretending to be B, I’d say something rude to my daughter and my daughter would respond by being perky and cheerful. Our two favourite and most effective responses to anything B would say were “Thanks for letting me know!” and “Sorry you’re feeling so crabby today!” It worked WONDERS and drove B crazy enough that within two or three days, she started avoiding my daughter! (Top Tips for Girls)

General confidence is not a really a thing. We're confident when we're placed in a situation where we genuinely feel we are likely to do well, meaning that confidence is situational. (reddit)

In week two, half the contestants have been driven away by the constant regime of knackering running, jumping, carrying each other around, and generally being shouted at. Those who remain have lost all their cockiness. (Hugo Rifkind on SAS: Who Dares Wins)


In spite of her injuries, she did not forget to give the forced laugh which had been drilled into her, at school, as the accompaniment to any game's casualty.

Their formal bow, when Iris squeezed by them, was conditional recognition before the final fade-out. "We'll speak to you during the journey," it seemed to say, "but at Victoria we become strangers."...
She met the unfriendly glance of the ladies. Miss Rose's was perceptibly more frigid, as though she were practising gradations, in preparation for the cut direct, at Victoria Station. (The Lady Vanishes, Ethel Lina White)


"These good looks of yours... are worth money, and you shall make money of 'em."
“Some beloved companionship fades out of most lives, my dear.” (Our Mutual Friend)
‏

Another voice, high and rather hard, but nonetheless feminine, was saying with experienced raillery...

Nobody here [at a séance] was standardized; in tea-shops and theatres people are cut to the pattern of their environment.

His chubby, smooth, innocent appearance was a reason for his being always treated with condescension when he was not put down.
(Graham Greene, Ministry of Fear)


You seem to have passed through all the usual vague longings and somewhat wild aspirations of every girl's life. (Girls' Own Advice ‏@GirlsOwn)

The cameras show the kids as they learn to make friends. Friendship is becoming a big deal and it’s about best friends... Six-year-olds are like mini-teenagers. It’s all about impressing their friends. (BBC Breakfast)

Anything people say will be put in perspective according to their level of importance. (Old Flemish proverb)