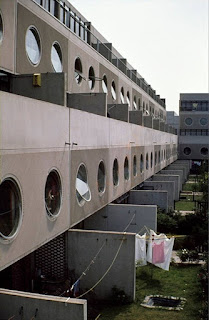 All these and more in my updated and revised book Boo & Hooray.

"Don't politicize this tragedy" is American for "Don't discuss the facts that would help prevent & prepare for future tragedies." (toscha‏ @poemless Aug 27 2017)

In my experience, when a Trump supporter calls you "disrespectful" they mean "Related provable facts without any equivocation." (Allan Mott ‏@HouseofGlib)

#Resistance remember the term #IdentityPolitics was invented by the #AltRight & #GOP conservatives. It is just a sad #codeword for #RACISM. (Sorry Charlie‏ @chuckburke13 Aug 20)

Please stop telling people to respect others' opinions. That's for things like "I don't like coffee" not for "I don't like black people." (Xannie Woodard @XannieW)

Who exactly is 'our own people'? Why do such terms go unchallenged in the media? Is it a polite form of the nudge-nudge thing that racists do when they perceive someone like me as white and try to recruit me for a racist slur or sneer? (Michael Rosen)

Sanders is not a son of Vermont - he is not an inheritor of our values of inviolable liberty, sovereignty, justice, and law. (@ericgarland. Someone comments: Just say he’s a Jew, Eric, this is taking for ever.)

Stunning and iconic it may be, but is it vibrant enough? (Hugh Pearman on student developments)

Wake up Nimbys, the option is either Tory housebuilding or Marxist social engineering (Daily Telegraph 7 June 2017) Can they possibly mean “Look out, they’re going to plonk poor people next door to you?” Of course they can. “Planning would soon be completely centralised, with bureaucrats in Whitehall dictating everything to the smallest detail… Mass council-house building, including in leafy areas, run by Marxist ideologues, a giant social engineering programme directly aimed at growing the Labour base and killing off the home ownership dream?” The Tory alternative is new garden cities and suburbs, where poor people can be segregated and “home ownership culture” preserved. Because of course, apart from the annoyance of having poor people living next door, it would bring down the price of your house. (And when Tories say "garden cities" they mean "new towns".)

Technology always sells itself as 'freeing humans up to do the real value-added stuff' but companies buy it to reduce headcount. (@Schopflin)

How's this for obfuscating political euphemism: "efficiency dividends." It means: "cuts" (in this case, for universities). (@GaryNunn1)

Here is how the University of Manchester is justifying 171 redundancies: improving the student experience. (Richard Ashcroft @qmulbioethics)

"We'll pick students we don't think will need much help, sack old academics and replace them with fewer, cheaper, insecure young ones." (@PlashingVole)
These proposals will allow us to modernise our business as it adapts to the changing needs of our customers and the role that shops play in their lives. (Dino Rocos, John Lewis operations director. They’re redunding 400 people.)

The BBC is refreshing the line-ups on two of its long-running, most popular shows. (inews.co.uk)

Any question beginning "Do you honestly think ...?" can safely be answered with a no, because they'll go on to misrepresent your argument. (Virtue signal‏ @AndyBodle)

I question the tone of his discourse – too didactic and patrician: I disagree with him. (Via FB)

Most schools don't think about curriculum enough, and when they do, they actually mean qualifications or the timetable. (@StuartLock, headteacher)

In Tory speak, I know 'Let's be clear' means what follows is a lie. So how big a lie follows 'let's be very clear'? (TheOfficialAndyToal‏ @AndyToal)

Translated as 'can't bear reading opinions other than my own, and anyone who disagrees with me hates their country'. (Cllr Lorna Dupré ‏@lornadupre 16 Oct 2016)

"Sales LJ says he has 'slightly lost the thread' of the arguments James Eadie is making for the government” That's judge-speak for "you've made a dog's breakfast of this aspect of your case, have another go or move on". (Alex Andreou ‏@sturdyAlex 17 Oct 2016)

"We are monitoring the situation closely" is cousin to "We have robust procedures in place". (‏‏@hughpearman 10 Mar 2016)