Received Ideas about Etymology in Quotes 14 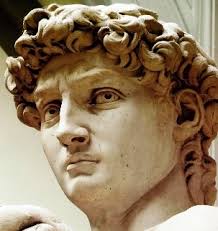 Beard the lion in his den: This phrase developed partly from the idea of being daring enough to take a lion by the beard and partly from the use of beard as a verb to mean ‘face’, i.e. to face a lion in his den. (Farlex Partner Idioms Dictionary. Or is it from the Bible: Samuel 17:34-36 And David said unto Saul, Thy servant kept his father's sheep, and there came a lion, and a bear, and took a lamb out of the flock: And I went out after him, and smote him, and delivered it out of his mouth: and when he arose against me, I caught him by his beard, and smote him, and slew him.)

Odds and ends: It's derived from the dialectal 'ords and ends', with 'ord' meaning 'point' or 'beginning', and just means 'miscellaneous things'.

An Ice Cream served in a cone with a Flake 99 is the UK's favourite ice cream. In the days of the monarchy in Italy the King had an elite guard consisting of 99 soldiers. Subsequently anything really special or first class was known as "99". (Web)

Since everyone was expected to know how to make Boston baked beans, today we also have the idiom to not know beans about. (Pandora.cii.wwu.edu)

Originally, the wooden spoon was the "prize" awarded to the candidate who obtained the fewest marks in the Mathematics Tripos at Cambridge University, yet still passed with honours. Only later, when the term got wider use, did it come to mean failure or the lowest score of all; in its original usage, it was quite possible to get an (ordinary) degree with a lower mark than the student with the wooden spoon. (RM)

It's a bit like how the phrase 'the weakest go to the wall' is now interpreted as meaning they get disregarded whereas the original meaning was that, in church, weaker people were allowed to go to the wall to lean on it during the service (this is before pews, of course). (SP I see the strong marching along the middle of the pavement while the weak are pushed to the wall.)

As I understand it, 'bagsy' is just a lazy way of saying 'bags I' as in claiming which part of the morning's shooting goes in which bag, and 'botch' or 'bodge' is just a Hyacinth Bucket way of saying 'boj' which is a job done backwards. (MT)

Pop your clogs: "Pop" has evolved from "cock," and when someone "cocked" their clogs, the toes of their clogs pointed up in the air as they lay down dead. (Evening Standard Surely “pawned their clogs because they don’t need them any more”?)

Pinch and a punch for the first of the month: The playground ritual originates from the medieval times, when a "pinch" of salt was believed to make witches weak, and the "punch" resembled banishing the witches entirely. As a result, "pinch, punch, first of the month" was a way of warding off witches and bad luck for the near future. (Evening Standard)

The phrase “in the buff” comes because of the beigish tone of the average naked Caucasian human. (Via FB)

"Happy as a sand-boy" comes from when hawkers drove donkeys laden with sandbags thru streets hoping to sell sand to locals, and if their hard work paid off, they spent their profits on making merry. (@flamencobug)

Incontrovertible evidence, like a trout in the milk: The meaning is that although you did not see the dairy farmer do it, he most probably dipped the milk pail in the stream to water down the product. It’s not direct evidence but a very strong circumstantial case. It is attributed as follows: "Some circumstantial evidence is very strong, as when you find a trout in the milk.” (Henry David Thoreau)

Treacle was an old English word for medicine, and was also used to describe dark-coloured undrinkable water, which from its foul palate was associated with the commonly held taste of medicine. Consequently a well where the water became undrinkable would be termed a “treacle well”. (Thamespathway.com Surely from the supposed medicinal properties of the water?)