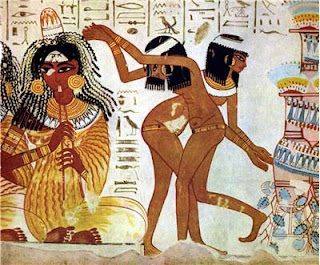 There was a deference of youth to age, and a prompt obedience of children to parents. (The good old days of George IV remembered, 1881.)

In the 1550s, Buxton citizens complained about “youthful persons” who loved “to pipe, dance, hop and sing”.

“There is not a single modern schoolboy who can compose verses or write a decent letter,” moaned William Langland in the 14th century.

The world is passing through troublous times. The young of today think of nothing but themselves. They have no reverence for parents or old age. They are impatient of all restraint. They talk as if they knew everything, and what passes for wisdom with us is foolishness with them. As for the girls, they are forward, immodest and unladylike in speech, behaviour and dress. (Peter the Hermit in the 13th century)

What is happening to our young people? They disrespect their elders, they disobey their parents. They ignore the law. They riot in the streets inflamed with wild notions. Their morals are decaying. What is to become of them? ( Plato in the 5th century BCE. There are many other examples.)

Kids grow up too fast these days. (Every year for the past 50.) Play computer games hour after hour. Don’t know milk comes from cows. Don’t know what Easter celebrates. Can’t think for themselves, blindly follow celebrities. Are soft, moody, troubled, rebellious, inarticulate and badly behaved. Listen to tuneless loud music, and wear ridiculous revealing clothes which they throw away as soon as the buttons fall off. This generation of young people is completely different from any other generation that has ever been – and far, far worse!

Kids can’t run free as we used to, thanks to artificial fears that are spread by the powers that be to keep us in chains. (Insert anecdote about how you travelled from London to Penzance by train on your own aged four etc etc.)

Kids today mumble, and use slang full of made-up words. Say “innit”! Their every third word is “like” and all their sentences go up at the end. (This last gripe is borrowed from the Americans, who complained about Valley Girl Speak – with its uptalking and constant use of “like” – about 25 years ago. Uptalking became briefly fashionable in the UK, but is no longer so prevalent.)

Kids today – or “entitled millennials” – demand safe spaces and stifle debate by “no-platforming” speakers. They should be forced to allow free speech, listen to differing opinions, and learn how to argue. University lecturers are all Marxists indoctrinating the young – how can we access seats of learning and spread Conservative propaganda if the students won’t co-operate?

Kids today are an entirely different species from adults. Nobody has ever said “no” to them.

All society’s problems would be solved if families sat down to eat together, and school-children wore uniforms and learned cursive handwriting.

Now you know What To Say about young people. Spouting this stuff will make you popular and get you shares and likes.