What People Say They Want 2 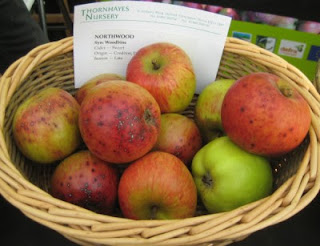 It’s called the “say versus do gap”.

What people say they want, and what they’re willing to work their ass off to get, are two different things. (Hugh MacLeod)

People say they want things that will make them look intelligent or thoughtful (longform, in-depth journalism, “art” writing) but they don’t actually read those things in the numbers they read fun, light-hearted lists about being in your 20’s, or dating advice articles, creepy entertainment... Pageviews will back this up every single time... For years the spaghetti sauce makers had been running focus groups and asking them what they want. People said they wanted culturally authentic spaghetti sauce (even though they didn’t) and when Prego came out with a “chunky” variety that flew in the face of tradition, it became extremely popular. Another example Malcolm Gladwell uses is that when asked what people want in coffee, they respond with “a dark, rich, hearty roast.” In reality only 25-27% of people really want that. Most people want weak coffee cut with milk, but won’t admit it. (thoughtcatalog.com)

What people say they want as the mid-afternoon conference snack: "Healthier choices." What people really want: "A cookie and a brownie." Anyone in need of some carrot sticks and hummus? Cause we got 'em! (@csend)

What people say they want: low to mid density traditional terraces with a garden and a fence you can chat over. What people choose: car parking.  (@thomasforth)

Now, if you're a journalist who is obligated to worry about traffic, this is part of the game. You write some worthy stuff that'll probably drop noiselessly down the Internet well, and subsidize it with hits (unless you're one of the rare people who can turn anything into a hit). (@JHWeissmann)

The horrible box office for The Suicide Squad is worth talking about. BUT if in that same conversation you don’t at least acknowledge a big studio finally did what people say they want – taking creative chances and not treating their audience like morons- then you’re [an idiot]. (@davidscottjaffe)

People say they want love, but they go into relationships asking What can you do for me? What can I get out of you? Who can you be for me? (Butterfliesrising.com)

We thought people wanted what they say they wanted, which is to pay more for great quality meat, but in the end their decisions are really about price and convenience. (Times Jan 2019)

Apples. We love to say we don't mind "spots on our apples," but actual sales data tells us we really, really do. And honestly, we should. Even "cosmetic" lesions can make micro-breaks in the apple's skin, allowing fungus to enter. One rotten apple, barrel, etc. (@SarahTaber_bww)

I remember in early 2000’s one of the fashion magazines decided to use more “realistic” models and it was reported sales dipped. (@CarlaWVTM13)

We think we like salad, we tell our families we do, we buy it, we leave it to rot. We hate it. (@paulmasonnews)

We do like the idea of organic and natural ingredients and yet these shampoos still don’t sell as well as the more mainstream products. (Alice Hart-Davis in the Mail, Nov 2014)

Ask audiences what they want, and they'll tell you vegetables. Watch them quietly, and they'll mostly eat candy. (Derek Thomson, US journalist)

Americans claimed national, local, economic, political and international news were most important, but a review of the ‘most read’ articles suggested more interest in celebrity and human interest stories. (Briwilliams.com.au)

While 87 percent of people surveyed say they recycle, the Environmental Protection Agency reports just 33 percent of our waste is diverted from landfills. (Cleanlink.com)