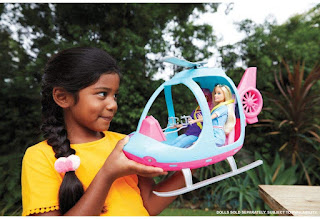 I admit I flinch at “etch” meaning “engrave”. Etching involves acid. “Acid-etched” is a tautology. And I hyphenate helicopter as "helico-pter".

Every time I mention the correct meaning of ‘decimation’ I ruin the word for about one-in-ten of my followers. (@davidallengreen. It means "destroy one-tenth" not "nine-tenths".)

#FBPE (Follow Back Pro EU) is NOT an acronym. It is an abbreviation which has to be pronounced letter by letter “eff bee pee ee”. An acronym can be pronounced as a word – NATO, RADAR… (Via the Web)

“Viking” is a gerund, not an ethnicity. (Some people think “Viking ancestry” means “blue-eyed and blond”.)

Using “etc” etc is sloppy. (As PS, NB, i.e. and the rest fall out of use, readers may not understand Latin contractions.)

That’s a foot rule, not a ruler – a ruler is a king.
Those are venomous, not poisonous, snakes.
It’s Magna Carta not “the” Magna Carta (and Handel's Messiah, not "the Messiah").

I have taught my daughter to say telephone and television, not phone, TV or telly.
What we call “letter openers” are actually “envelope openers”.
All toast is burned. Overdone toast is “burned bread”.
Clocks have pendulums. All other time-recording devices are “timepieces”.

A Facebook user complains that people talk about “Legos” rather than “Lego pieces”.

There's no such thing as a "sea gull", those are herring gulls.
An historical, an halal, an herbivore, an homage because it’s pronounced “ommage”.
Phone and bus should get apostrophes as they're contractions for telephone and omnibus.


An agreement is always “verbal”, but if it’s not written down, it’s an “oral” agreement. (Economist Stylebook, 90s)

The distinction between complementary (free) and complimentary (flattering) is being revived, just when I thought we’d lost that one.

It’s thank you, not thankyou. “Thankyou” is not a word. (See NGram – “thankyou” has risen sharply since 1972, while “thank you” has declined and then risen slightly since 1900.)


“Ironic” doesn't mean paradoxical, or “funny, innit?” "If living was a thing that money could buy, You know the rich would live, and the poor would die" is an example of irony. So is "It is a fact universally acknowledged that a single man in possession of a fortune must be in want of a wife".

Fruition, enormity, existential, pristine – they don’t mean what you think they mean. (Fruition and pristine have changed their meanings. Enormity and existential have reverted to their original meanings. See also protagonist, plethora and fulsome. Why are we speaking Ancient Greek, anyway?)

Enormity means “outside the norm”. It came to mean "nastiness", then reverted to meaning "unusually large size".

Egregious means outside the flock.

Existential originally meant "concerning existence", but French philosopher used it to mean something like "living in the moment". It has reverted to its first meaning.

A protagonist was the central character in Ancient Greek drama, and there was only one per play. A second significant character was the "antagonist". "Main protagonist" is a tautology, and you can't have several protagonists. I think we've lost this one – however, a protagonist is not a proponent.

If you have a plethora of something, you have too much of it, not just lots.

Fulsome praise is oleaginously false – but "fulsome" originally meant plentiful, and it is reverting to its first meaning.