Agatha Christie and the Aristocracy 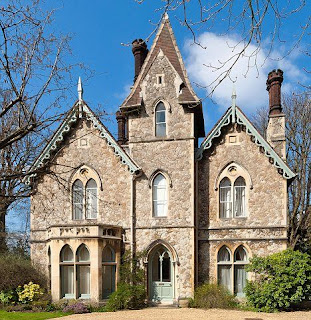 Yes, Agatha Christie was a snob who only wrote about aristocrats - wasn't she?

Or does she write more often about self-made men than hereditary aristocrats? In Giant’s Bread the beautiful old house is saved by a strategic marriage with a button-shank heiress.

In The Seven Dials Mystery, Lord and Lady Coote are only renting “Chimneys” from Lord Caterham. Lord Coote started life in a bicycle shop, and made his money from an unspecified “works”.

The Crackenthorpe family in The 4.50 from Paddington descend from a man who used the wealth gained from manufacturing biscuits to build the “Victorian monstrosity” they rattle around in.

Carrie-Louise in They Do It With Mirrors starts out in life as an American heiress. She marries the wealthy Swede Eric Gulbrandsen, who sets up a charitable trust to administer his money after his death. She later marries Lewis Serrocold and together they set up a school for delinquent boys – in another “Victorian monstrosity”.

Perhaps I should explain that in the UK, "aristocrats" are people whose families have held titles and land since the Reformation in the 16th century. They look down on self-made men and recently conferred titles.

More about Christie here, and links to the rest.