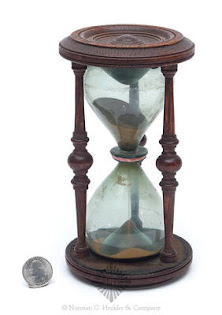 It was all a terrible misunderstanding!

Consider starting a journal and see if you are filling all the important “buckets” in your life. What would your buckets be? (A person on Twitter misunderstands “bucket list” – the list of things you’d like to see happen or do yourself before you kick the bucket.)

There’s an edition of Wilkie Collins’ The Moonstone with a cover image of a moonstone – the jewel in the story is a large faceted yellow diamond.

Other Hollywood Philo Vances would include the manor-born Basil Rathbone, the incongruously Slavic Paul Lukas, and the proletarian Alan Curtis. (Mysteryscenemag.com. Hamlet talks about people being “to the manner born”. He’s not talking about stately homes, but traditions that should be allowed to lapse. The TV show To the Manor Born was a pun. Rathbone was born in South Africa, the son of a mining engineer.)

I am literally grasping at straws! (Pic shows a hand reaching out to a packet of drinking straws, helpfully labelled “straws”. This is from an old proverb: "A drowning man will clutch at straws." Meaning pieces of straw, dried grass stalks – not drinking straws. If you’re drowning, you’ll clutch at anything that might hold you up.)

So far, so Shakespearean. But the text reads: But now Apple has announced the iPod is shuffling off the stage and will be discontinued, marking the end of an era.

To die, to sleep,
To sleep, perchance to Dream; aye, there's the rub,
For in that sleep of death, what dreams may come,
When we have shuffled off this mortal coil,
Must give us pause.

Hamlet is talking about the soul shedding its physical body like a snake sloughing (pronounced “sluffing”) off its skin. This “mortal” coil because the body is mortal, it dies, while the immortal soul lives on. When he says “There’s the rub”, he means “That’s the snag” – referring to the place where your shoe painfully rubs your foot.

Two ditsy girls do a podcast on con men where they discuss solemnly what makes tricksters so confident. They may be, but they’re called confidence men because they gain your confidence.

Infantile sectarian anarchist throwing windmills with nothing useful to say. (The cliché is "tilting at windmills", like Don Quixote charging them with a lance, thinking they were giants. It doesn't mean "throwing tantrums" or even "inclining from the vertical".)

Fiona Bruce thinks Edinburgh was called “Auld Reekie” because it suffered from “a particularly smelly smog”. It just means “Old Smokey”. London was known as "the Smoke" before the Clean Air Act.

Gone was the palatial edifice of the Euston and Victoria hotels that looked like they'd been carved from sugarloaf. (londonist.com. Baroque architecture is often called “icing-sugar architecture” because it looks like a wedding cake covered in piped swirls and shell borders.)

Many commentators on Golden Age detective stories say that Ngaio Marsh’s hero, Inspector Alleyn, is “an aristocrat, like Lord Peter Wimsey”. Lord Peter is the son of a duke; Inspector Alleyn is the brother of a baronet. “Baronet” is about as far down the aristocratic food chain you can get without being an actual commoner. Joke on Marsh’s part?

In Sense and Senility, an episode of Blackadder, two old actors demonstrate what to do if anyone quotes from the “Scottish play” (Macbeth) or whistles in a dressing room:

You face each other and chant:

Ow because the ritual ends with pinching the other’s nose. This has evolved into:

Obvious, they’re plucking each other’s noses, aren’t they? No, it’s from Shakespeare’s Midsummer Night’s Dream, which ends with the character Puck, aka Robin Goodfellow, promising “And Robin will restore amends!”. And even Tony Robinson got it wrong! But then he wasn’t in that scene.

When people talk about a “bad apple” or “a few bad apples”, they imply that once they’ve removed the rotten apples the rest of the batch will be fine. The original saying was something like “If you put one bad apple in with the good ones, it’ll rot the whole barrel” – which it will.

Remember, remember, the fifth of November; gunpowder, treacle and plot. (The tweeter says that’s how she discovered the existence of treacle.)

The perfect bottom turns the body into the shape of an S. “It’s the classic hourglass figure. That’s what you go after.” (Guardian on bumplants. Have these children never seen an egg timer?)

Avoid embarrassment in seconds with this invisible peep-toe bra. (It’s a modesty vest you attach to your bra. Perhaps they mean “peekaboo”.)

Cartoon: Then it struck me – nobody originally on the paleo diet lived past 35. (Average life expectancy at birth is explained here.)

The Colossus striding across the world stage... (@castlvillageman) The Colossus, a giant statue, did not “stride” anywhere – it legendarily “bestrode” the mouth of the harbour at Rhodes. Shakespeare again. Cassius makes it clear that Julius Caesar is static, not striding anywhere:

Why, man, he doth bestride the narrow world
Like a Colossus, and we petty men
Walk under his huge legs and peep about
To find ourselves dishonourable graves.
Men at some time are masters of their fates.
The fault, dear Brutus, is not in our stars
But in ourselves, that we are underlings.

In the section with the Ghost of Christmas Present, Scrooge is going through the list of all of the food that he sees in the shop windows, and one of the things that he sees is French Plums. And that’s really interesting, right? Because it makes it clear that the present is once free trade starts happening. (Claire Jarvis, an author and assistant professor in the Stanford English department, Huffingtonpost.co.uk) French plums are a variety of plum that had been grown in England for a few hundred years. But they wouldn’t be fresh in the middle of winter – were they dried or crystallised?

To call the book cobbled together would be an affront to all the skilled workers who cobbled streets. (The Scotsman makes a good stab at taking down Neil Oliver, but you “cobble together” pieces of leather to make shoes, belts, saddles etc. Cobblers use large, obvious stitches that you wouldn’t want to see joining two pieces of fabric.)

Crazy paving was how people did garden paths in the 70s and 80s. It was 'orrible! (Arthur Smith, voiceover on Money for Nothing. Crazy paving was popular in the 20s and 30s – it even goes back to the Romans. But we can ascribe anything tasteless to the “70s and 80s” because that was the Olden Days when everything was Wrong. And many people’s knowledge of history goes back no further.)

Modern readers frequently put the emphasis on the wrong syllable.

In John Mortimer's Rumpole books and TV series, Phyllida Trant is always away doing a “long firm fraud” – accented on “firm”, whereas it is really “long-firm fraud” with the stress on “long”. Her case isn’t going on a “long” time – it’s the name of a kind of fraud.

Loose boxes for loose boxes, camp stool for camp stool. (It's a stool you sit on in a tent, not an affected stool.

A sheer lawn handkerchief, as if it was a handkerchief you used on a lawn. It’s a hanky made of lawn, or very fine linen.

You’re telling me? With an upward instead of a downward inflection. It's "You're telling me!"

They Came to Baghdad, read by Emilia Fox. A couple of times, Christie calls heroine Victoria "a little Cockney", meaning that she's never been out of London. Fox responds by giving Victoria an Artful Dodger, Cor Blimey Guv voice. She'd have got nowhere with the Clipps, or the posh lady on the hotel balcony, or Dr Rathbone, or Dr Pauncefoot-Jones, talking like that. And how could she convince anyone that her uncle was a bishop if she came from the East End? I can't remember why Victoria has to earn her living, but to get an office job she'd have to sound "refined".

Soul-searing for soul-searching.
I was off to tell you but I forgot. (I was told off to tell you.)
"Popping off that howl in my ear" was originally "pooping".

And sometimes they misread words:

“Sir Henry and Lady Angkatell, they live here. They are what is called ‘in the country’.” Poirot in Agatha Christie's The Hollow. It’s “the county” as usual – the people who owned most of Shropshire.