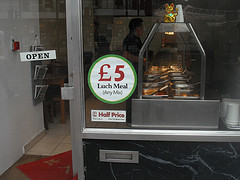 
I have more than 20 years experience in magazines as a sub editor, researcher and writer. After leaving the Week I freelanced there and at Bonham's Magazine. Recently I have done audio transcription for Castiron Radio and London's Inner Temple, and proofread PhD theses and memoirs. I have also written three novels and several non-fiction books.

Between 1979 and 1984 I worked for various book publishers including Lifecycle Publications of 1 Ballards Lane, Finchley, and for secretarial temp agencies including the Covent Garden Bureau.

I have written for publications including Time (on travel, art and consumer technology), Personal Computer Magazine, Classic FM Magazine, Equilibrium and The Skeptic.